Making position by observation of stars is done at twilight. With partly cloudy skies it can be difficult to find the right stars.

This star globe helps with it. In the lid there is a paper label with instructions for use.

The wooden deck box of mahogany is dovetailed. On the front two clasps for locking with a safety device against unforeseen opening. The box contains two pencils.

The globe is in very good condition and mounted in a brass meridian circle. The brass horizon circle carries an azimuth ring with four vertical quadrants and four cursors.

The accompanying paper indicates that this globe has belonged tot the HMS Endurance, pennant number A171, named after Sir Ernest Shackleton’s Endurance, which served as the British Antartic ice patrol vessel from 1967 to 1991. 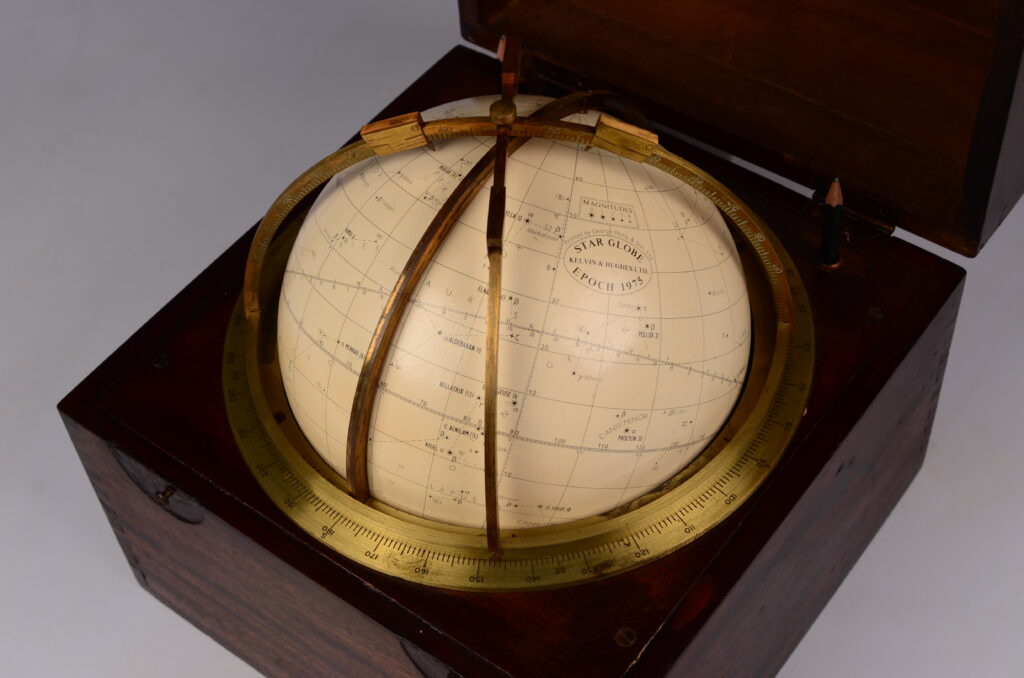 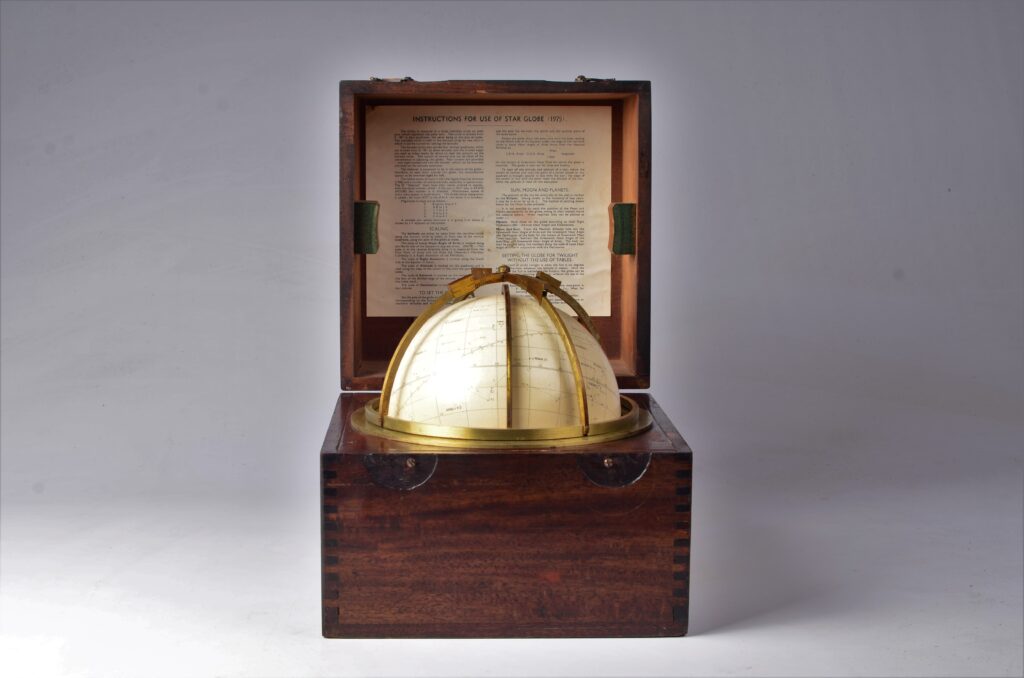 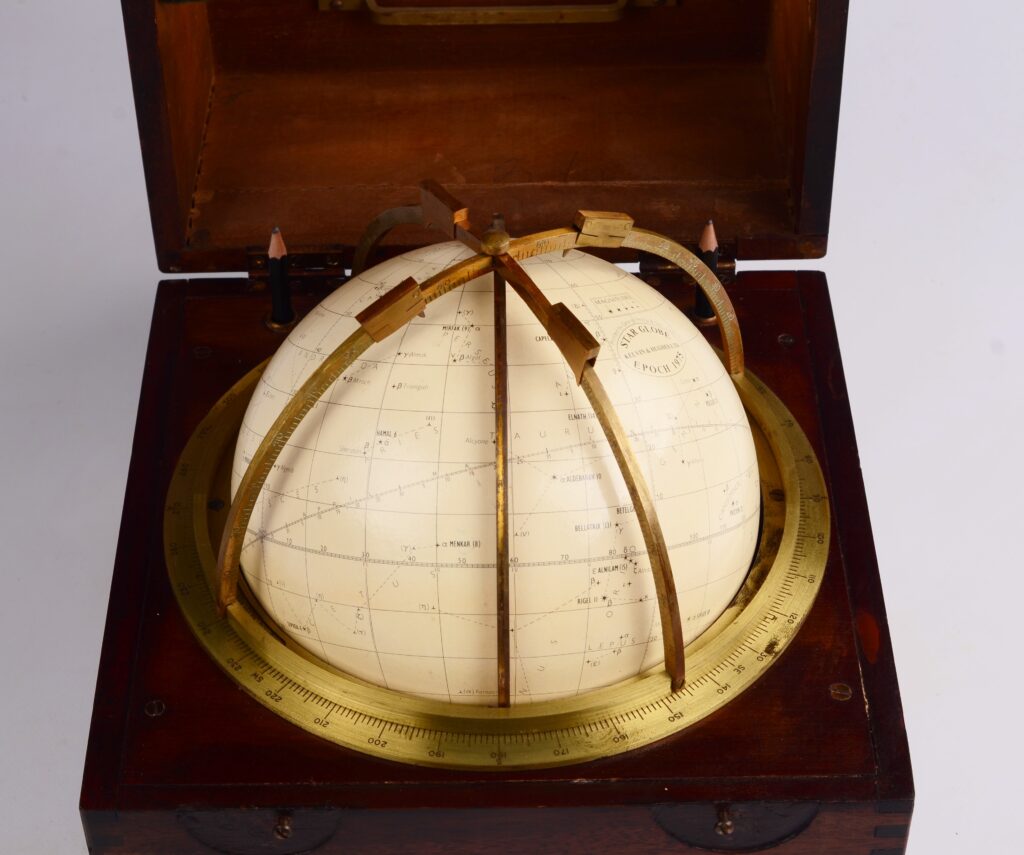 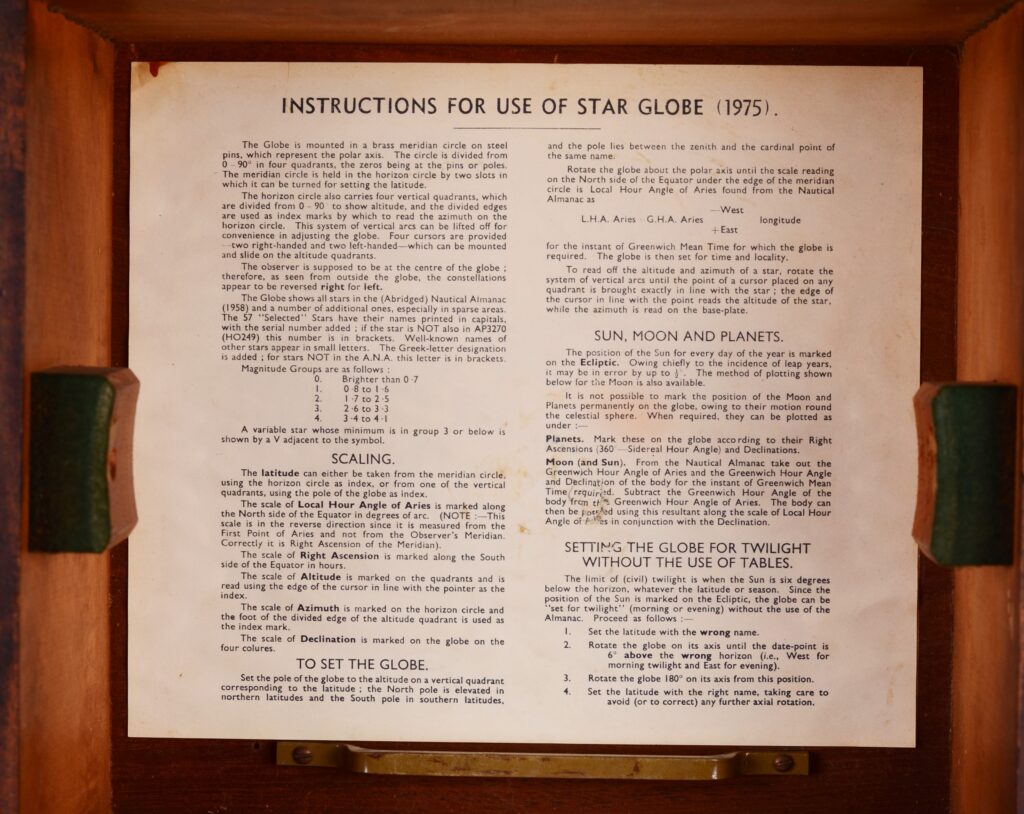 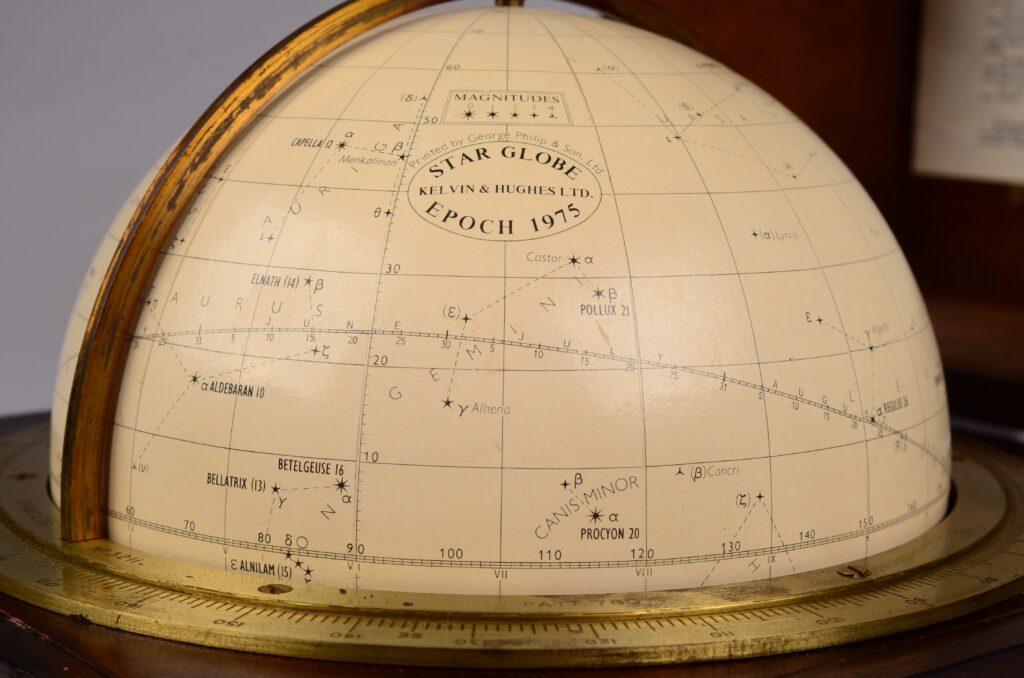 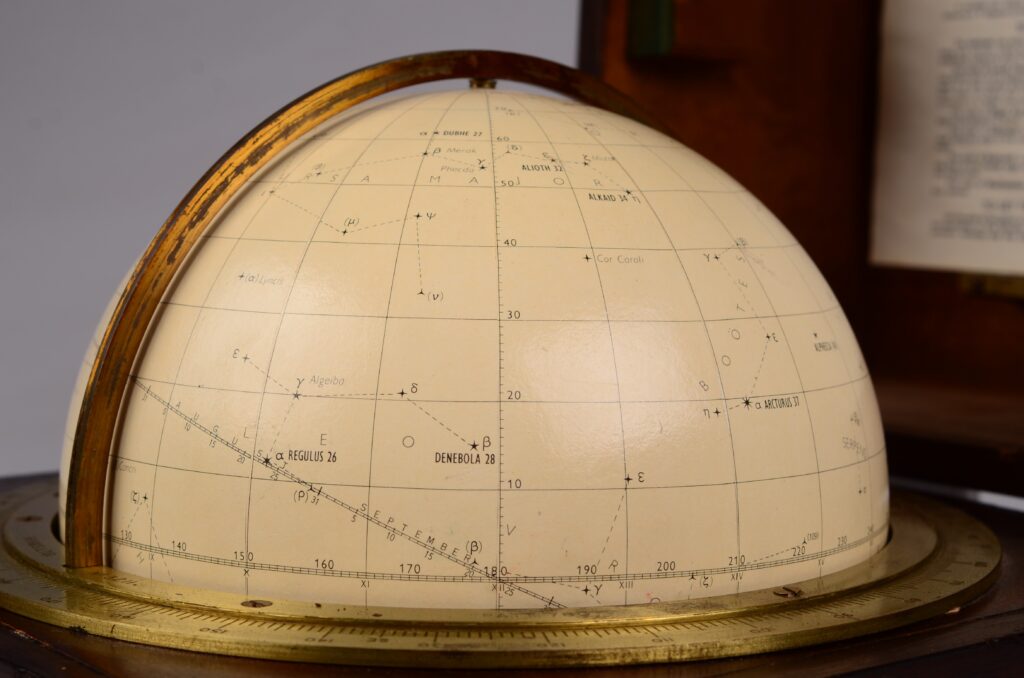 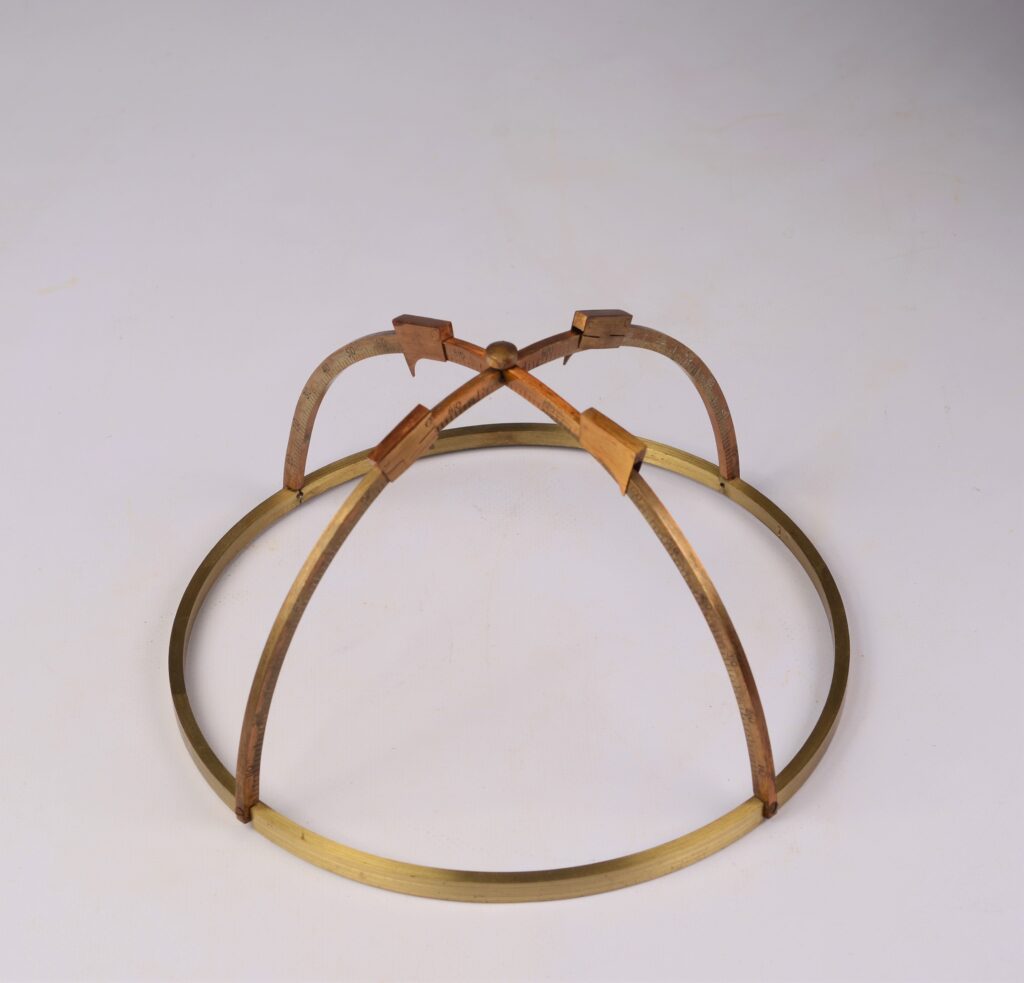 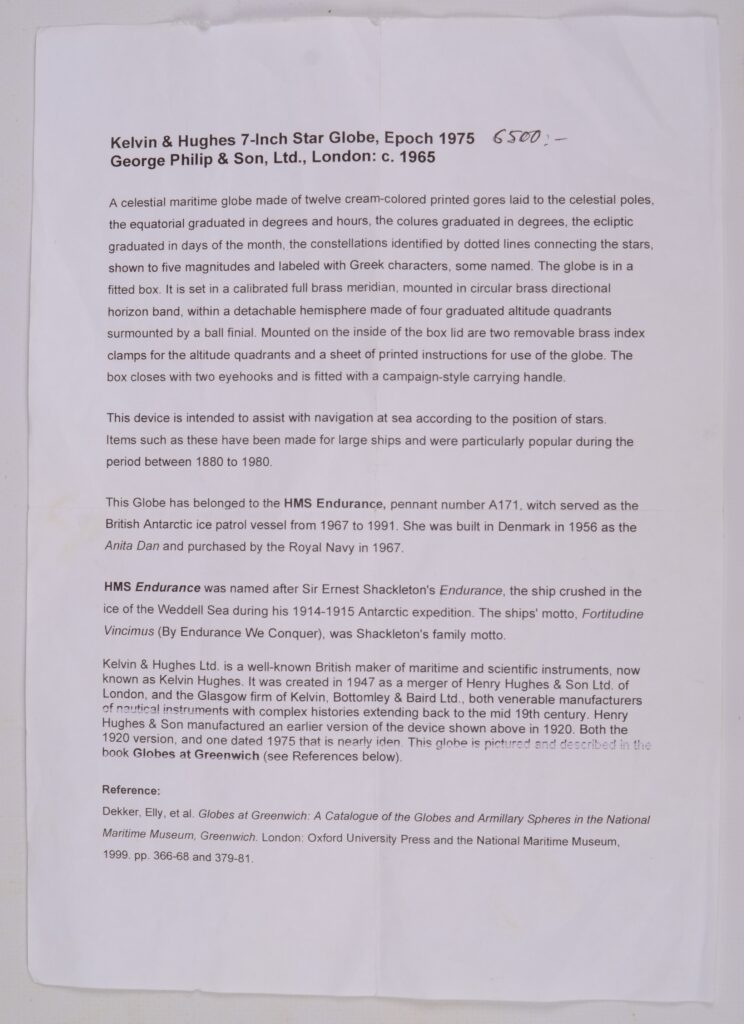 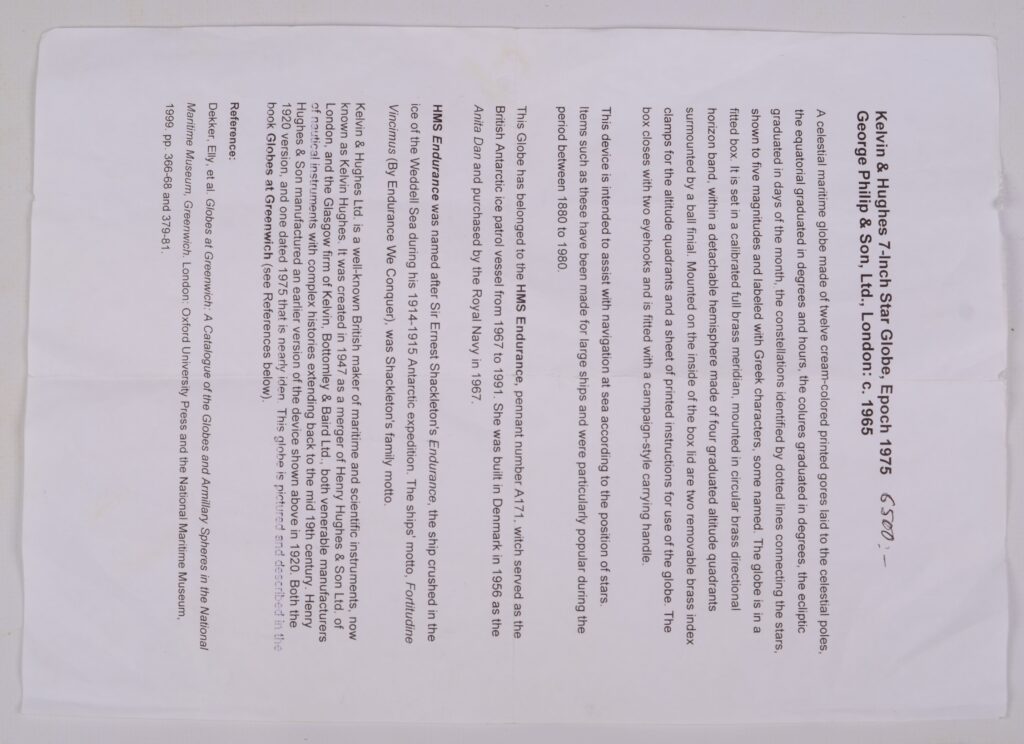 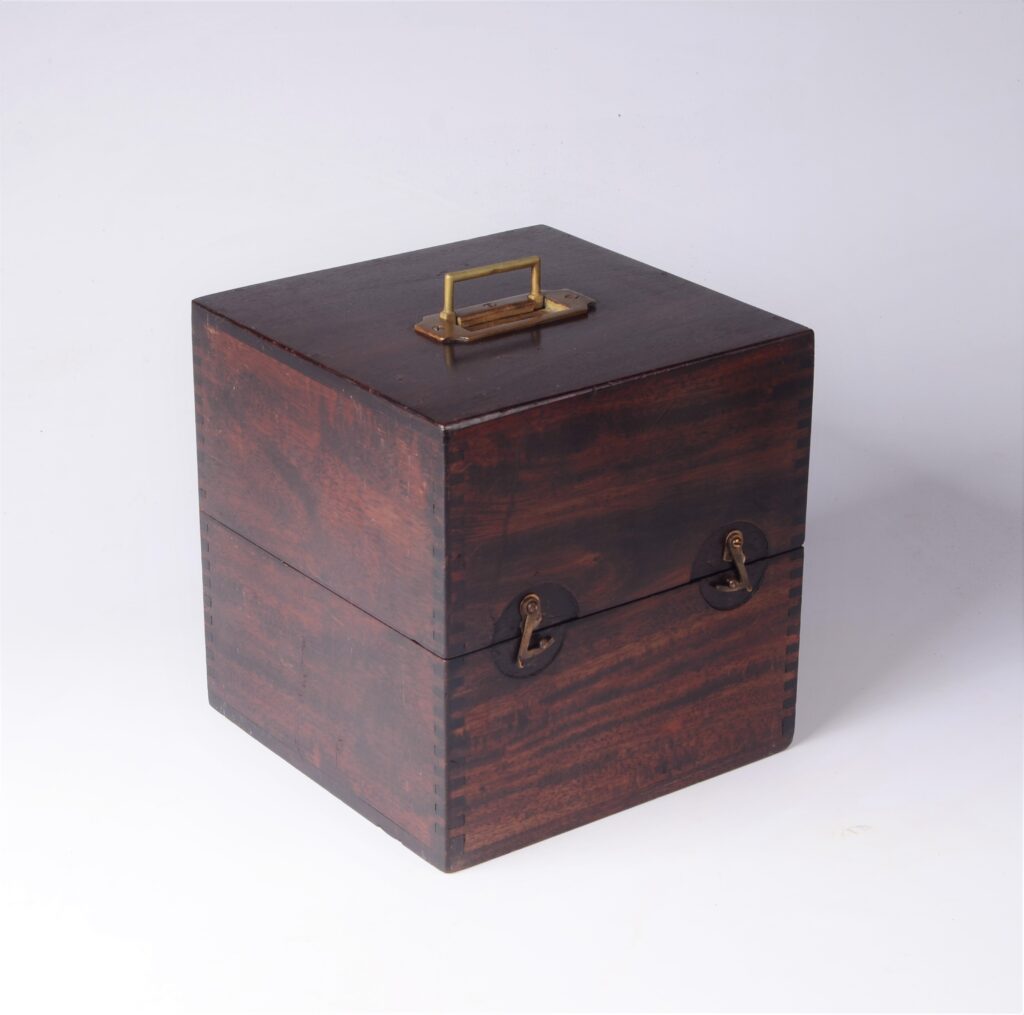 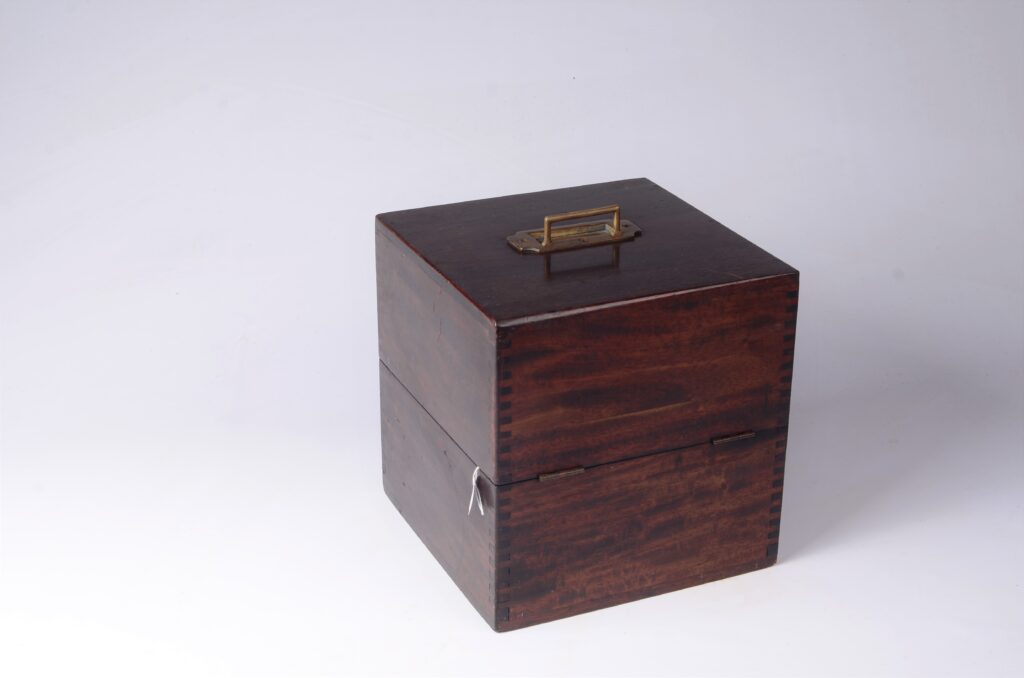