Four consecutive and detailed charts with the whole Indonesian archipelago from Singapore to Australia, including the southern and eastern passages to China and the Java, Flores and Banda Seas.

In our chart room are hundreds of Admiralty fathom charts from before WWII. World wide, all in good condition, many unused.
Ask for the availability list. 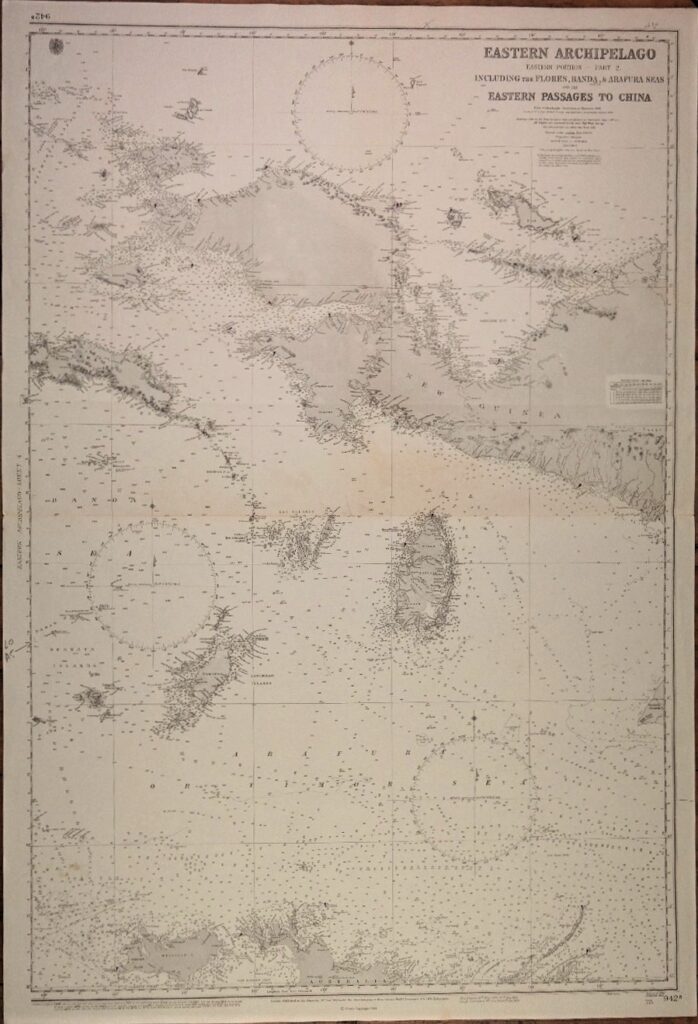 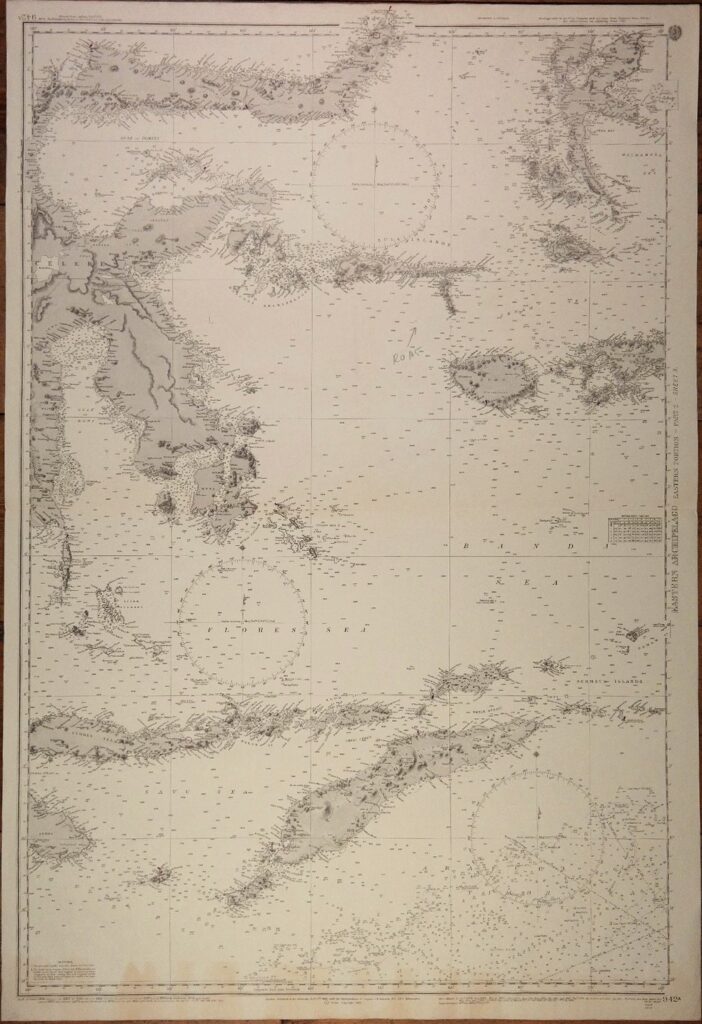 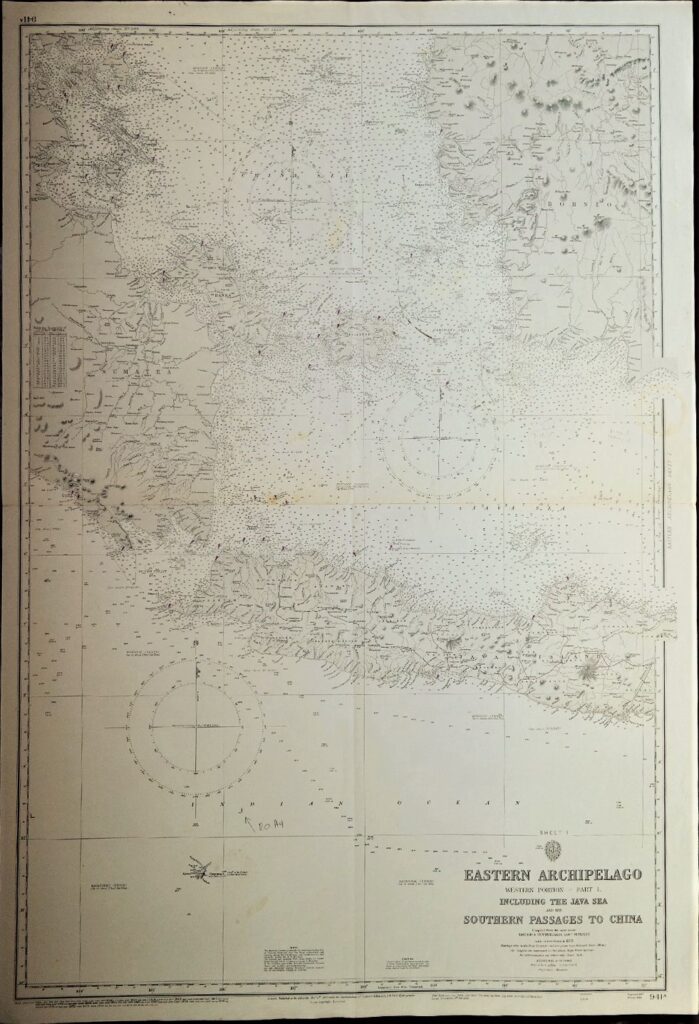 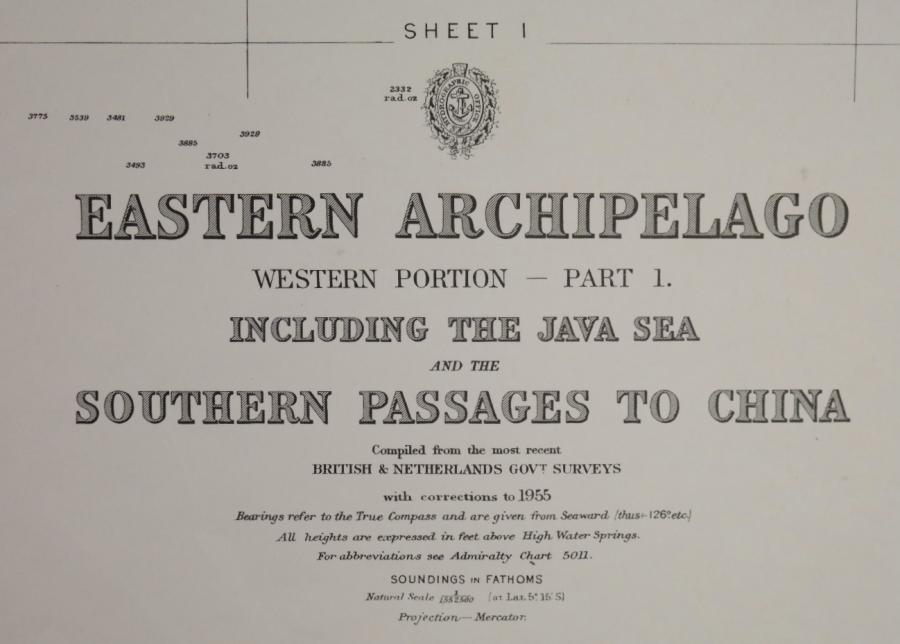 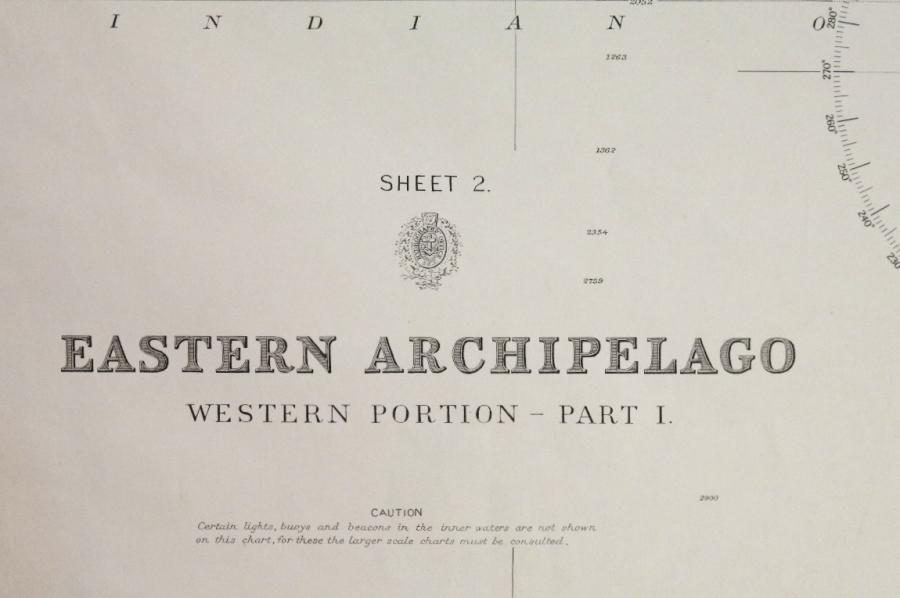 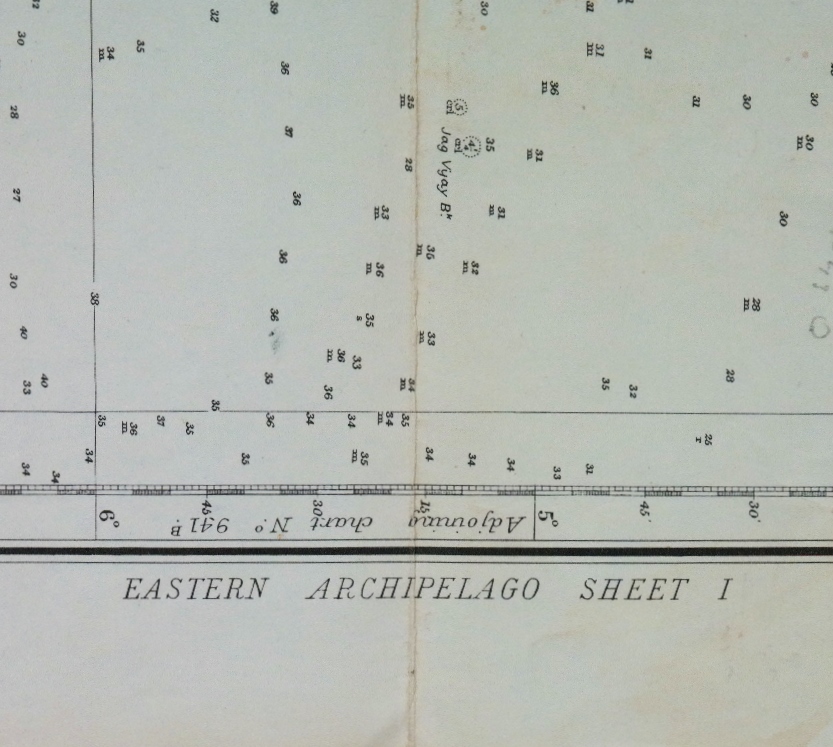 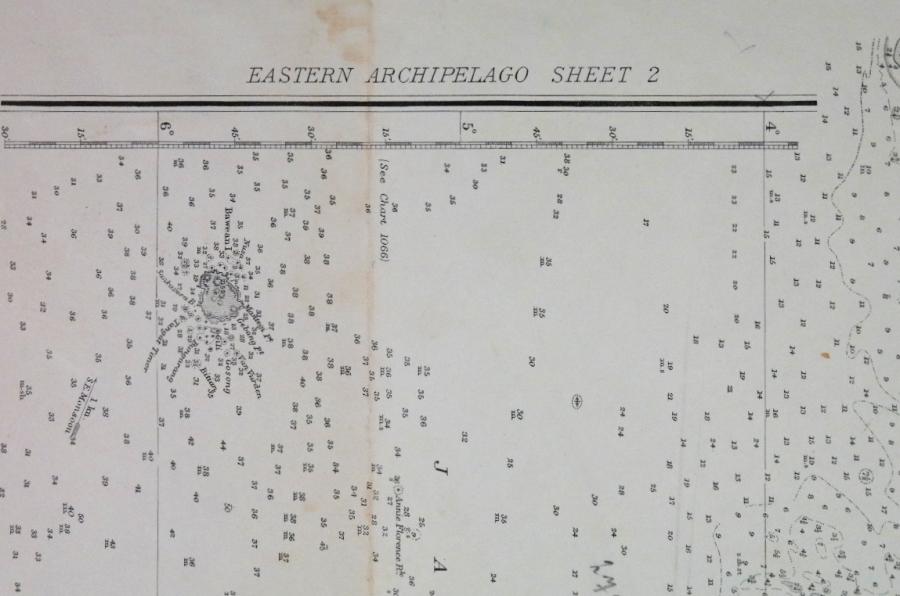 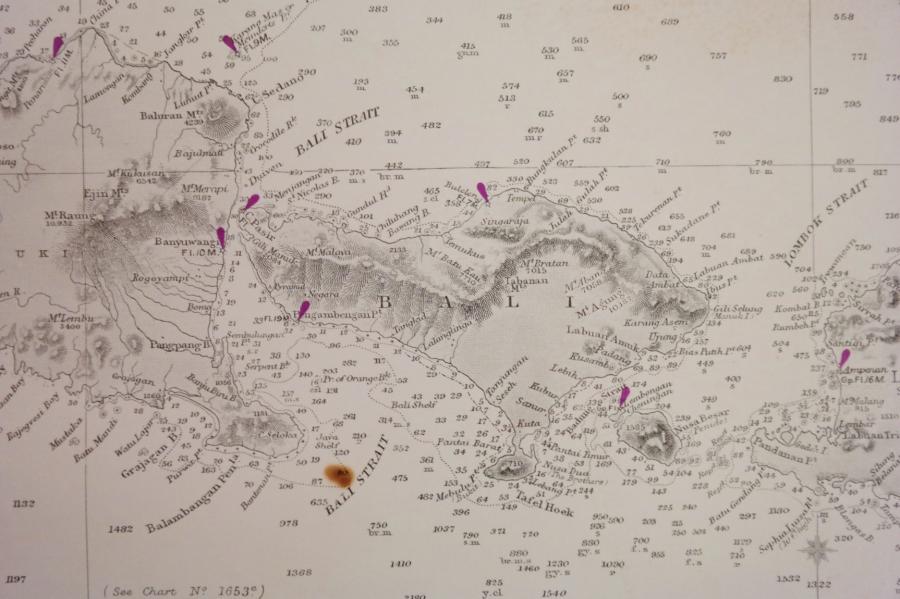 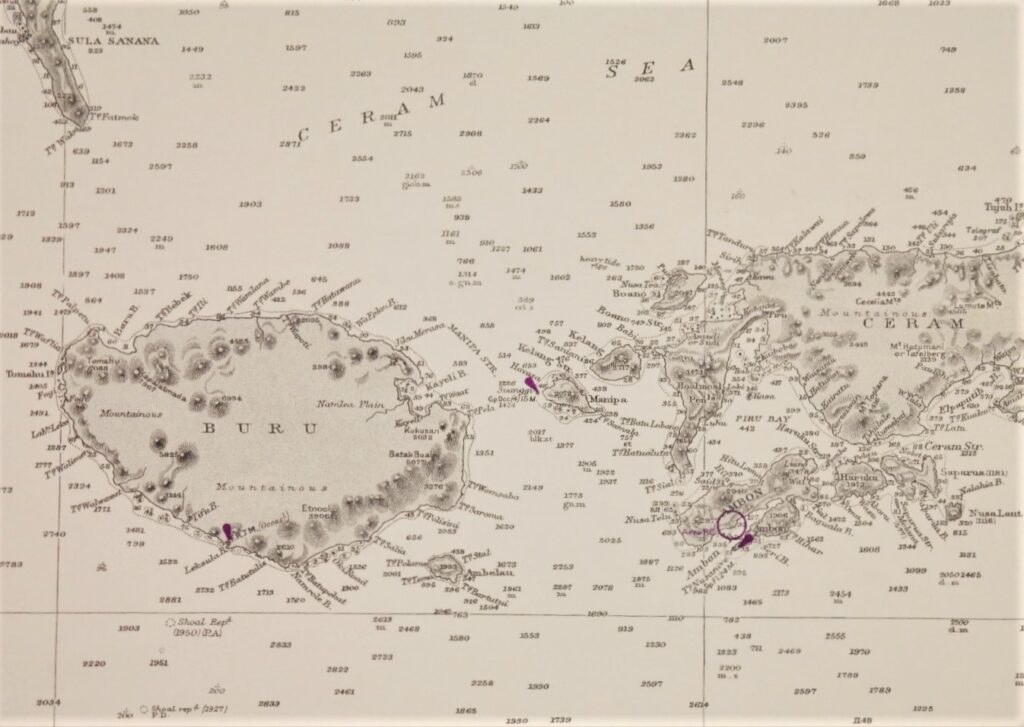 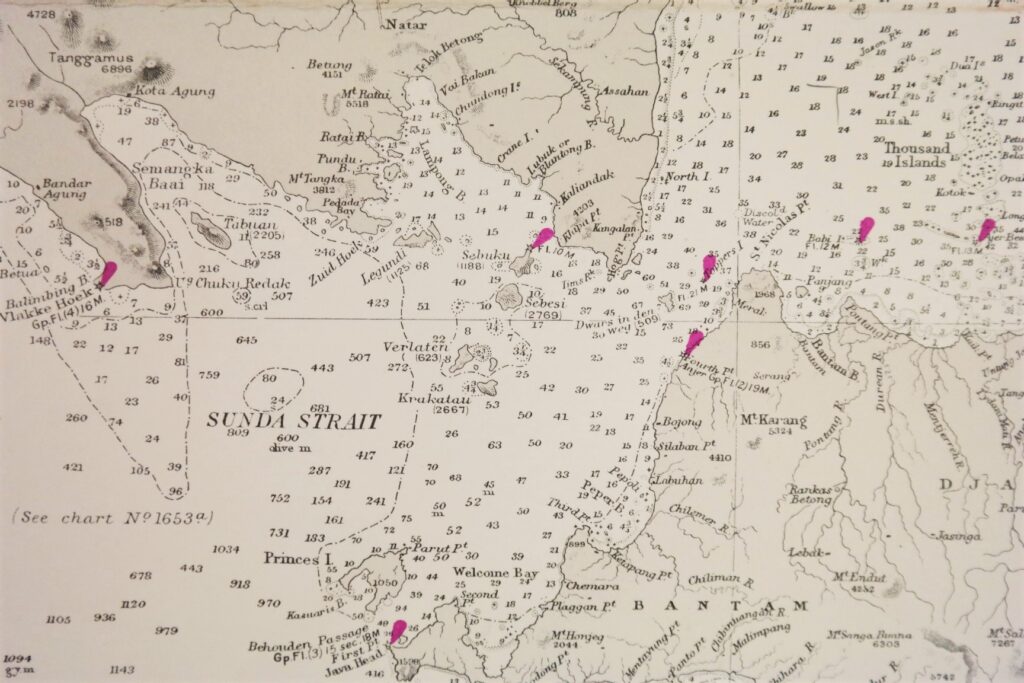