Early station pointer with two brass verniers for coastal navigation. Made by Cary, London.
The instrument is completely made of brass and does not yet have a silvered scale as with the later species. The scale is divided in half degrees and reading by two verniers to one minute of arc. The arms are one foot long. The extensions are lacking, but the instrument itself is interesting because of the early time of manufacture.
Navigators employed a sextant to measure the angles between their position and each of three known landmarks. They then place the station pointer on their chart and set its arms to the observed angles. The center of the protracting circle on the station pointer would then show the position of the ship. 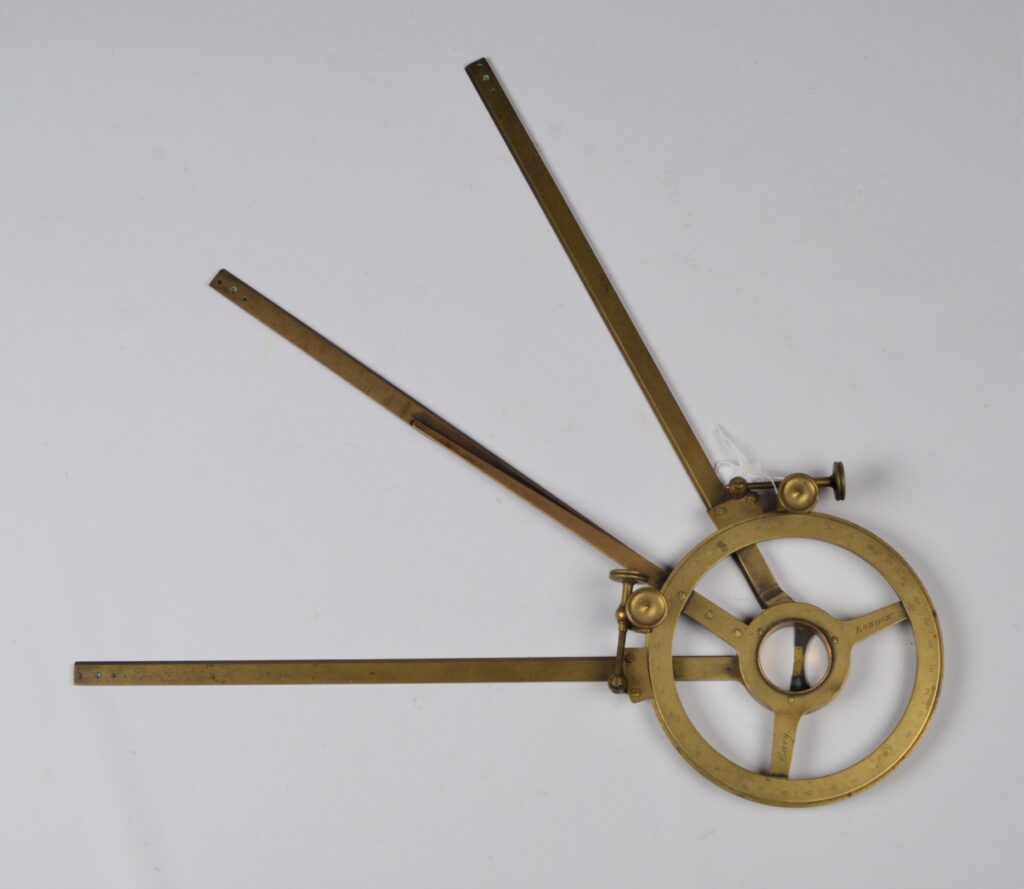 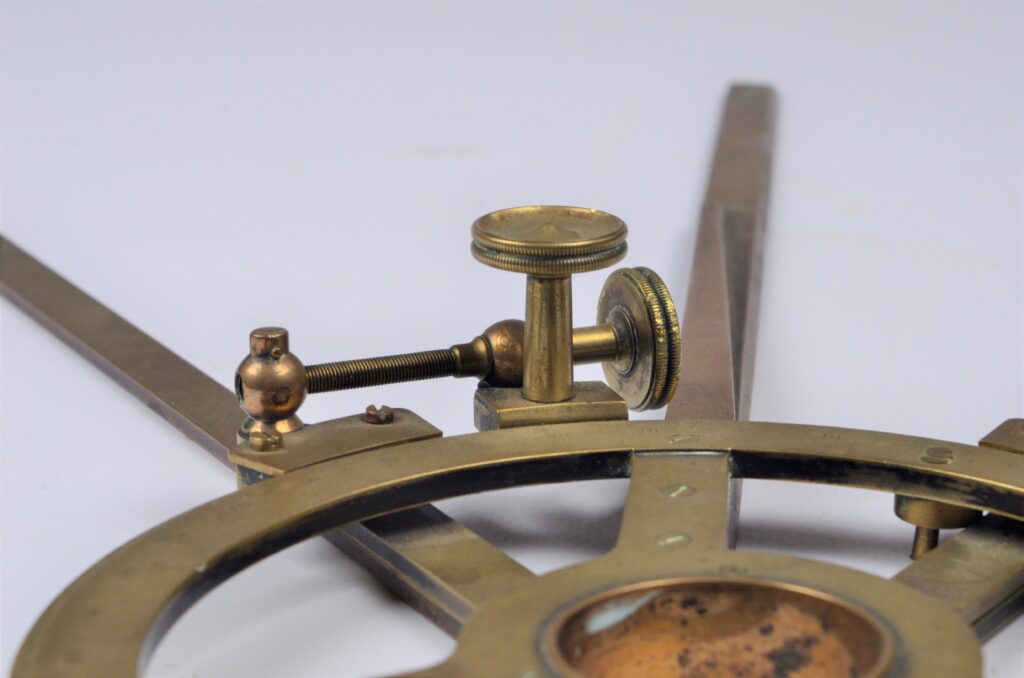 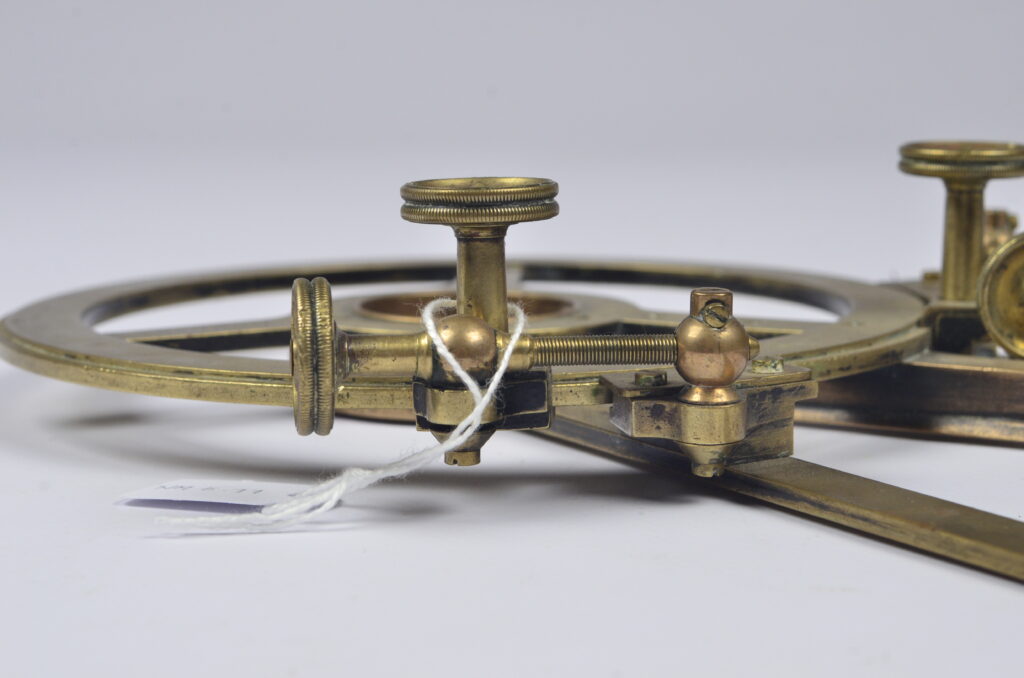 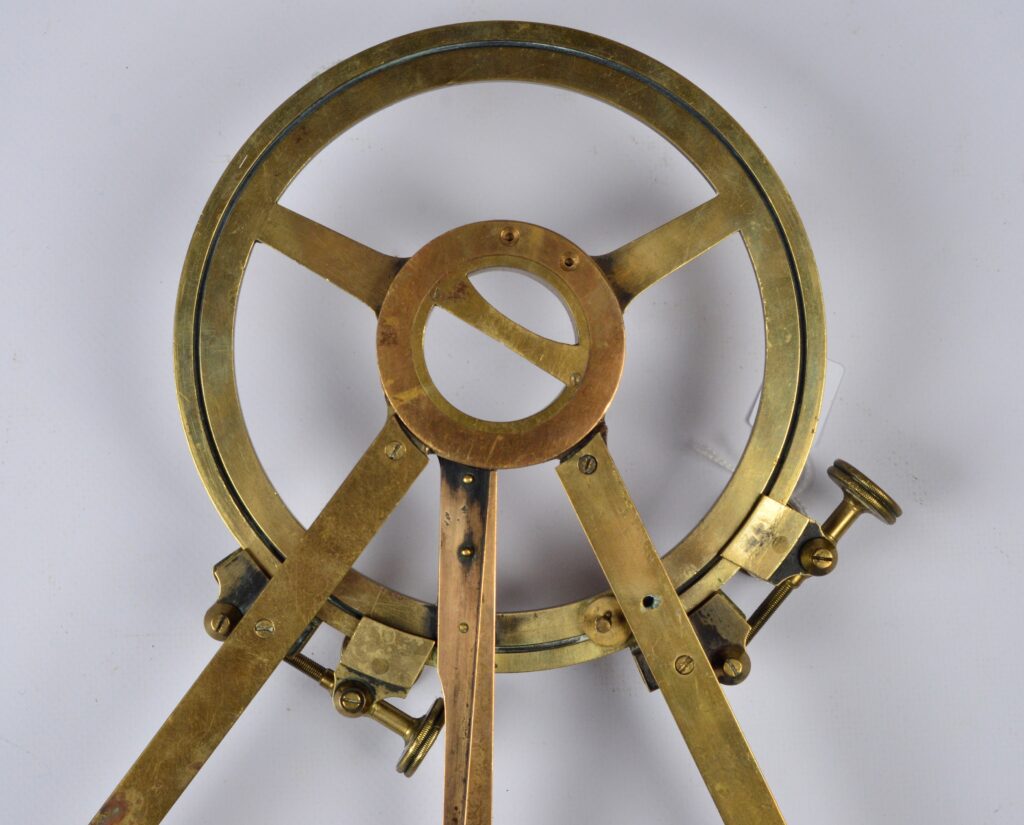 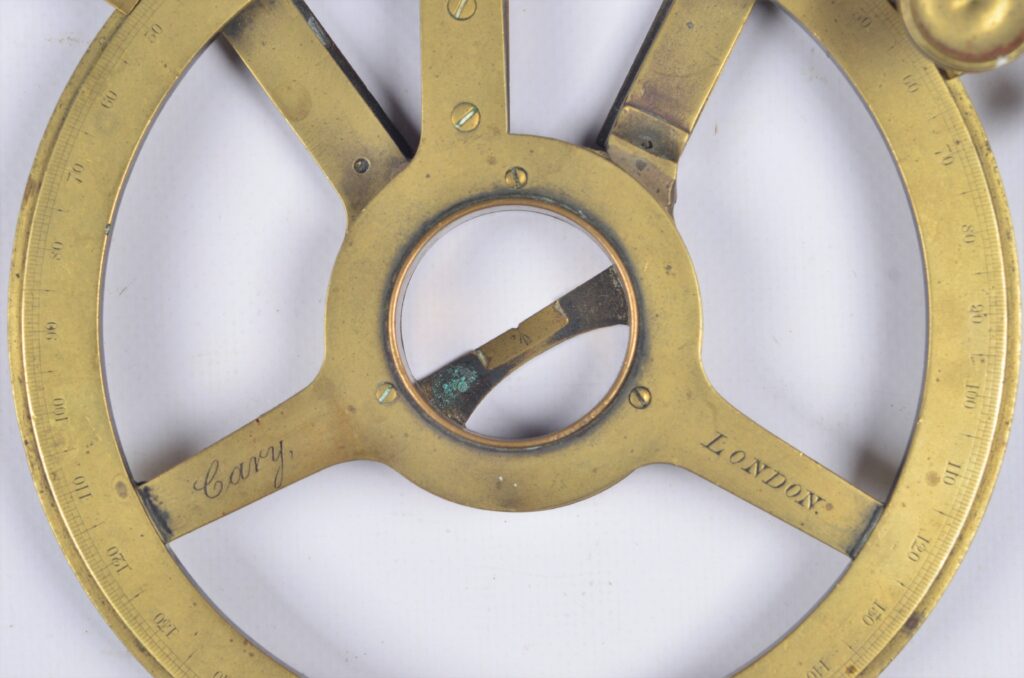