On this Massey log there are three dials, the first registers miles up to 100, the second registers the units up to 10 mile, the third registyers quarters of a mile. With original rope.
The sliding cuff is inscibed with: Lord Burghley M.P. – R.V.Y.C. Ryde, Isle of Wight. The still existing Royal Victoria Yacht Club. The case is possible from a later date. In the case there is a short biography of Lord Burghley born in 1825 at Brookfield House. 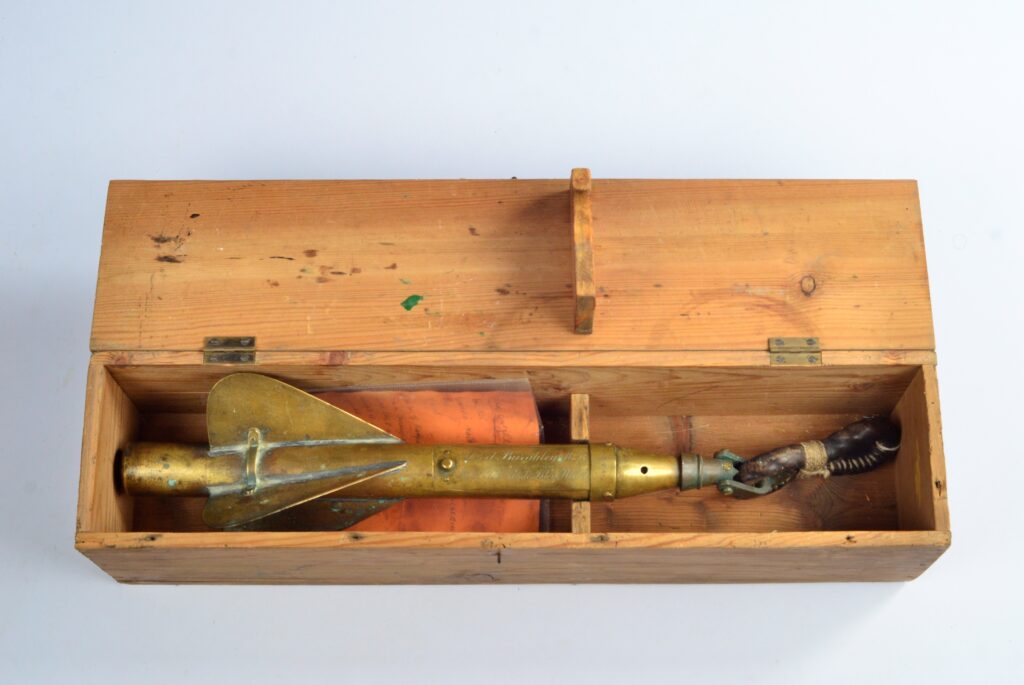 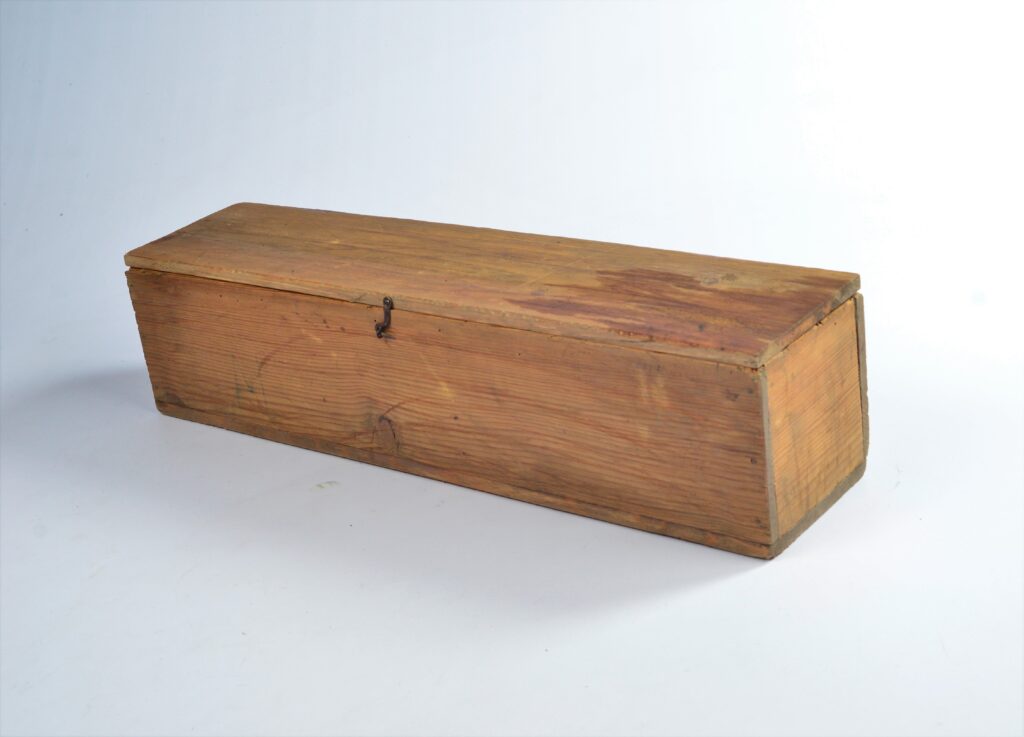 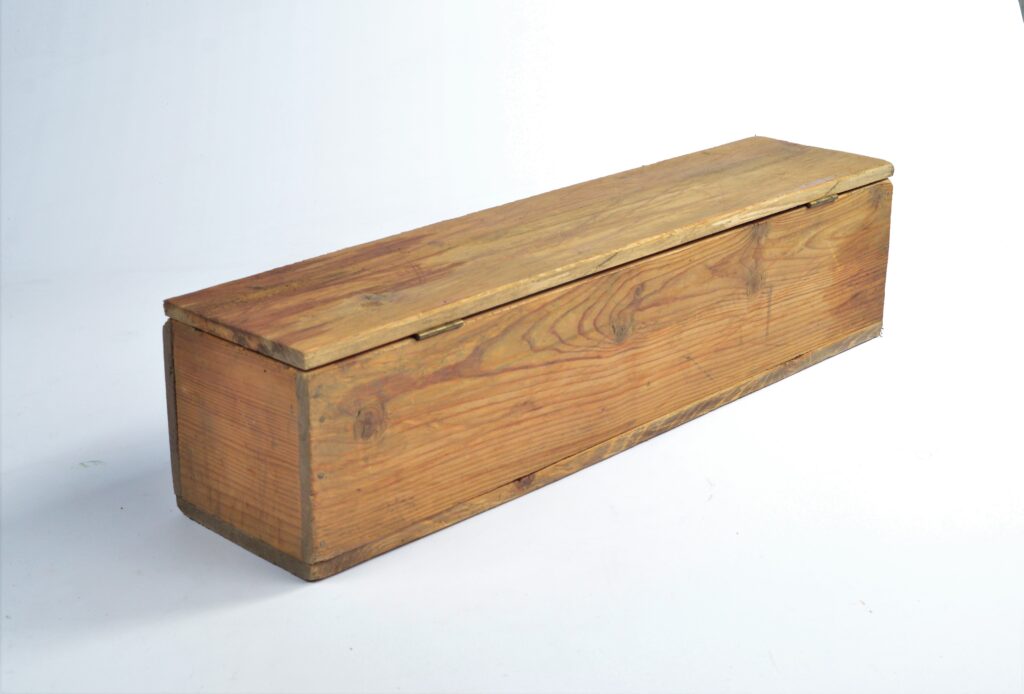 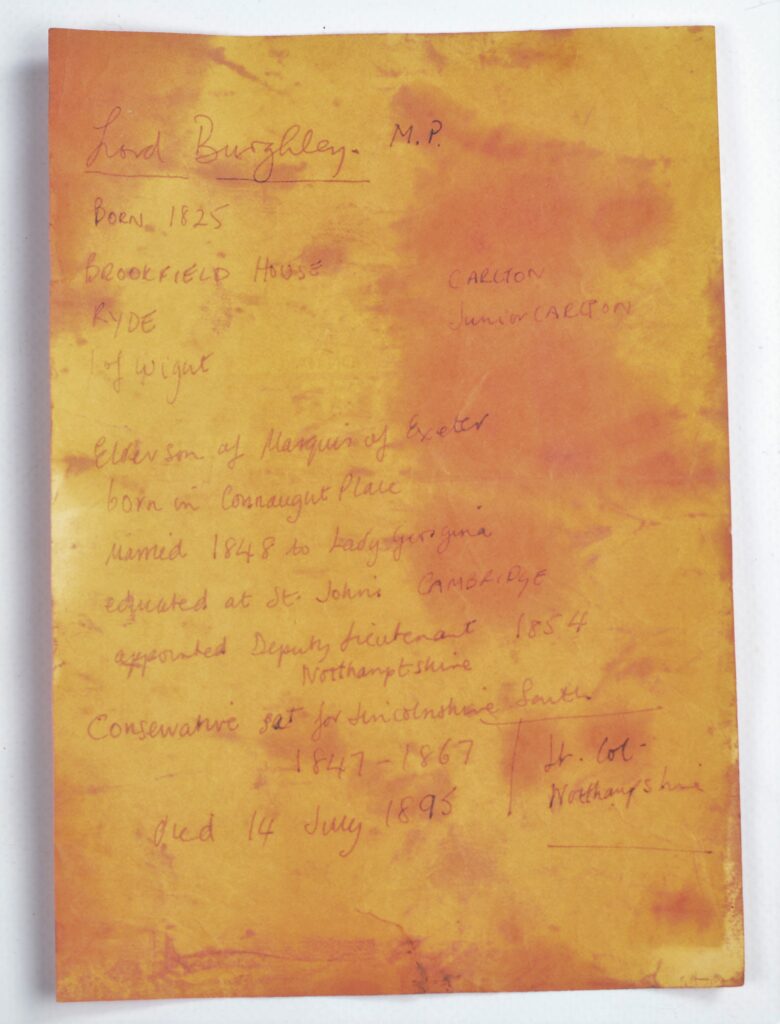 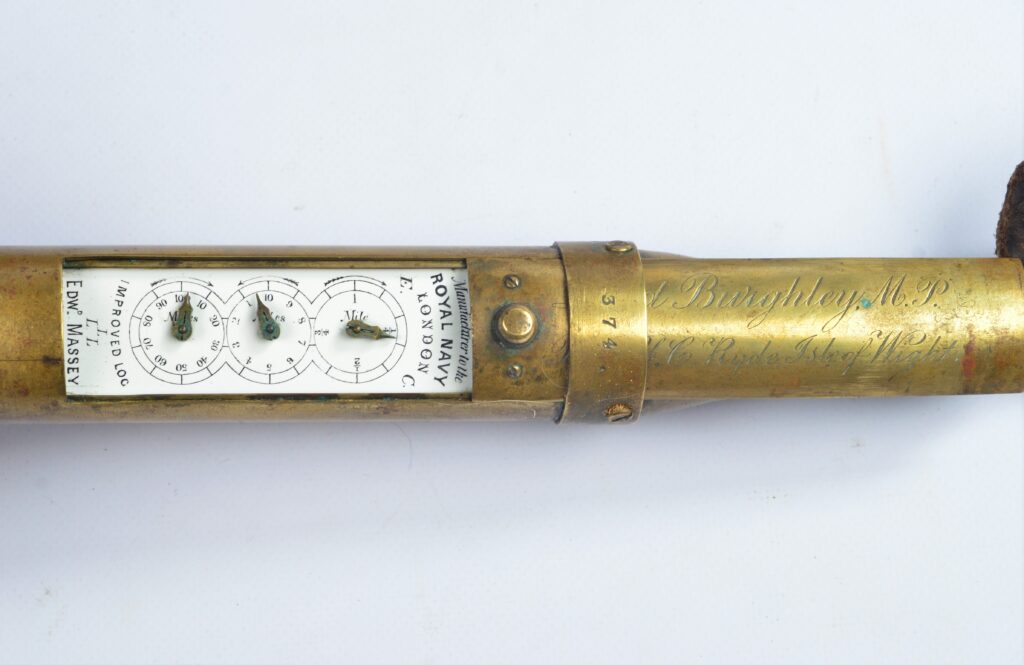 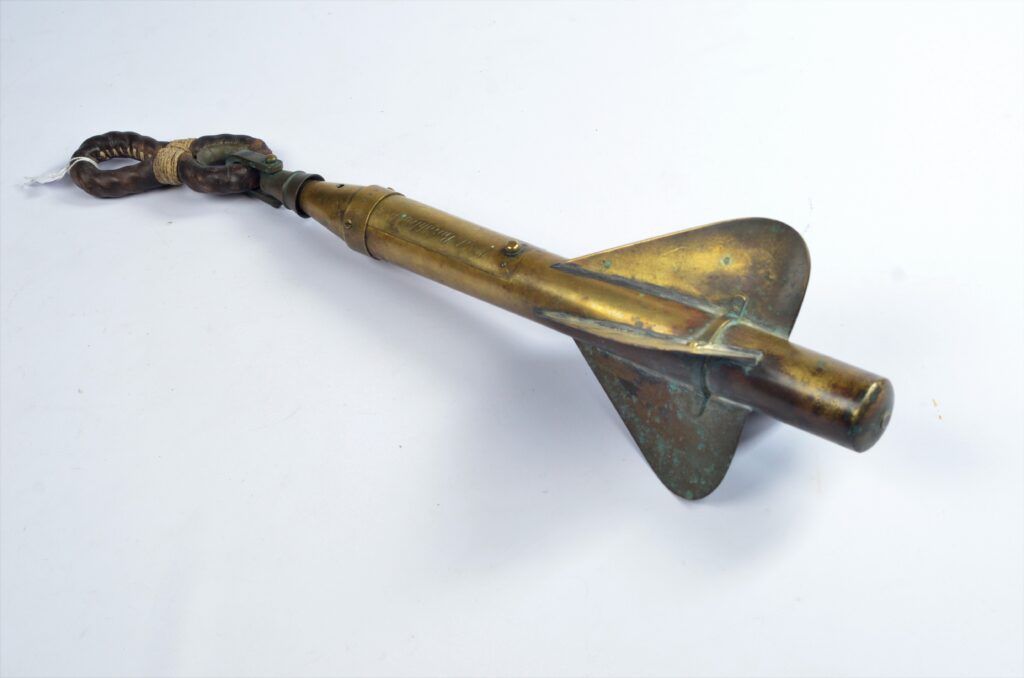