A very interesting sextant from a historical point of view. On the brass limb the story is engraved of the stranding of the HCS Cabalva of the East India Company on the Cardagos Shoals in the Indian Ocean in 1818: Presented by the Court of Directors of the U.E.I. Company to Mr. Charles William Franchen late Sixth Officer of the H.C.S. Cabalva as a mark of their high approbation of his conduct when in charge of the Cutter he proceeded without Chart or Compasses from the Cardagos Shoals to Mauritius to procure relief for the surviving Crew of that unfortunate Ship, wrecked 7th July 1818.

The Cardagos Shoals are approximately 270 miles northeast of Mauritius. In 2014 it became world news when the Team Vestas Wind ran aground here during the Volvo Ocean Race.

Very fine and complete double frame sextant, number 1382, in a precious case of Cuba mahogany and a leather carrying case. Made by Edward Troughton, London. The case is made of the rare Cuba mahogany with dovetails, lock and little key.
The sextant has a brass straight-bar pattern pillar frame with twenty pillars, a wooden handle, four shades and three horizon shades. Attached is a magnifier on a 70 mm swivelling arm. The instrument has a brass limb with inlaid platinum scale from -5 to 150 degrees and a platinum vernier measuring to 10 seconds. Troughton (1765 – 1835) patented his pilar and plate frame.

In the back of the large mirror is engraved the Coat of Arms of the British East India Company with two lions and with their slogan Auspicio Regis Et Senatus Angliae, Latin for, By the authority of the King and Parliament of England.

The Royal Museum Greenwich has the same instrument, NAV 1156. Without the stranding story of course. 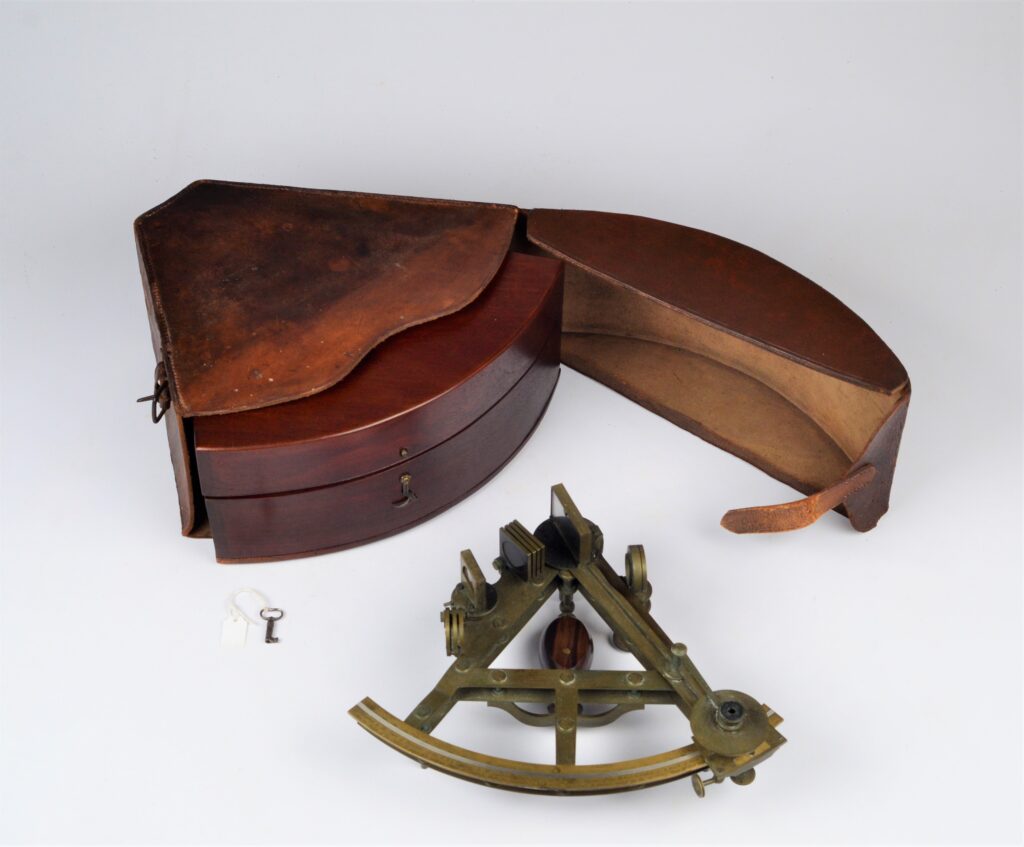 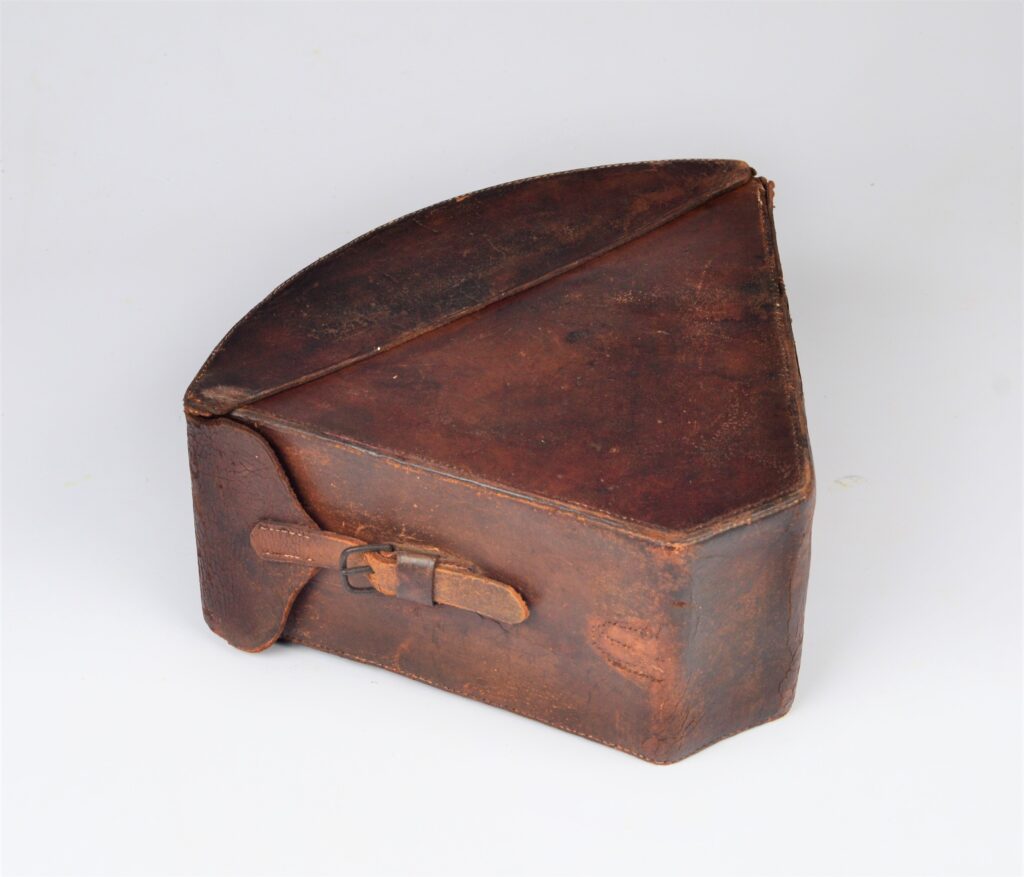 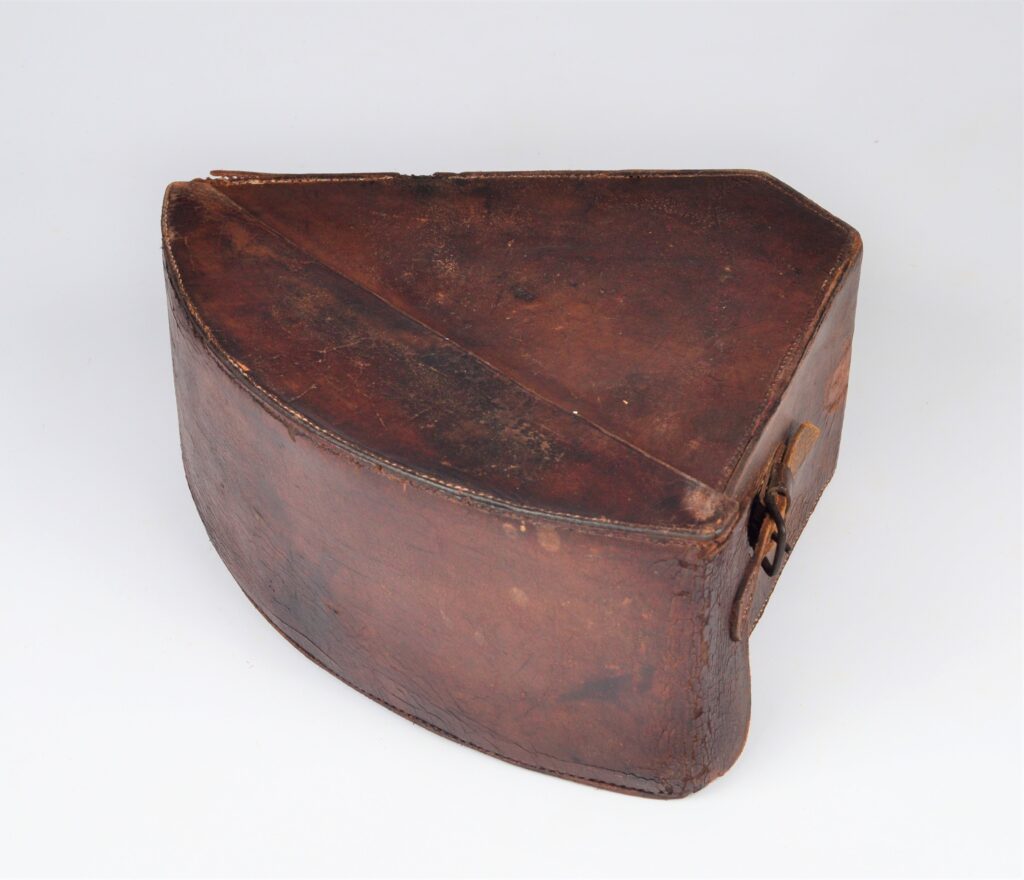 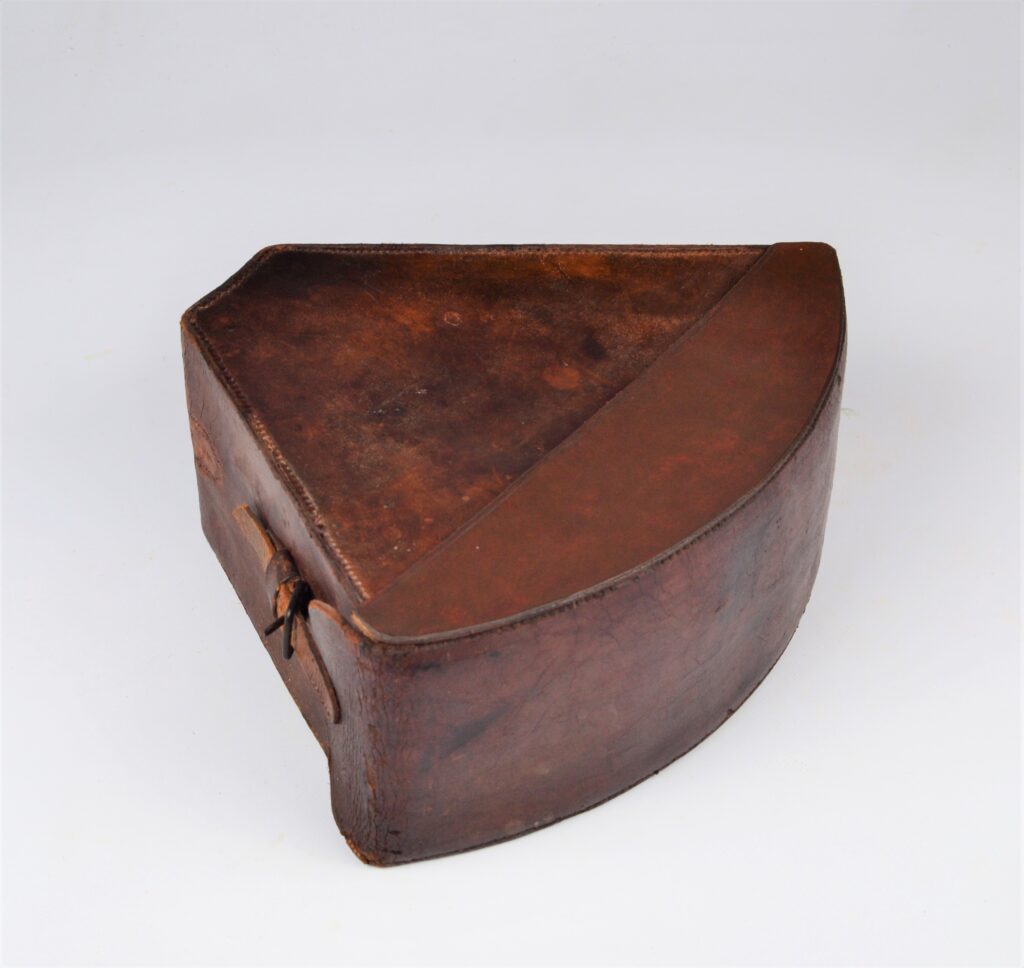 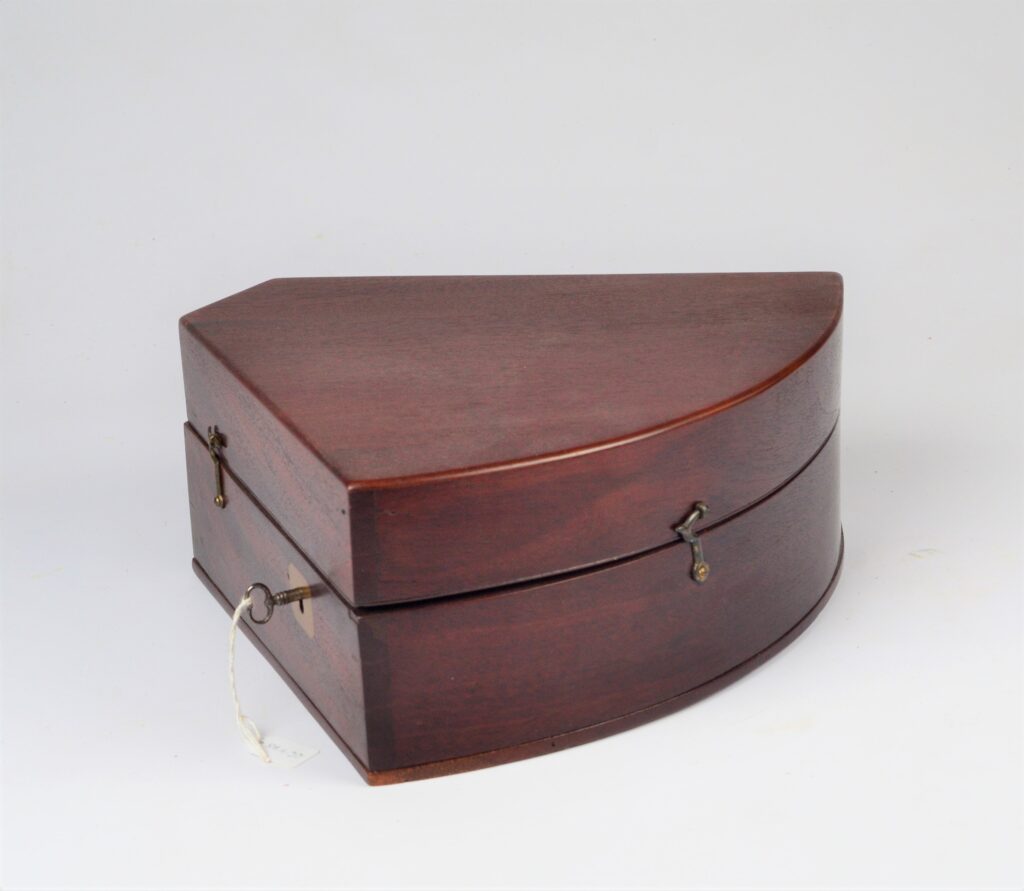 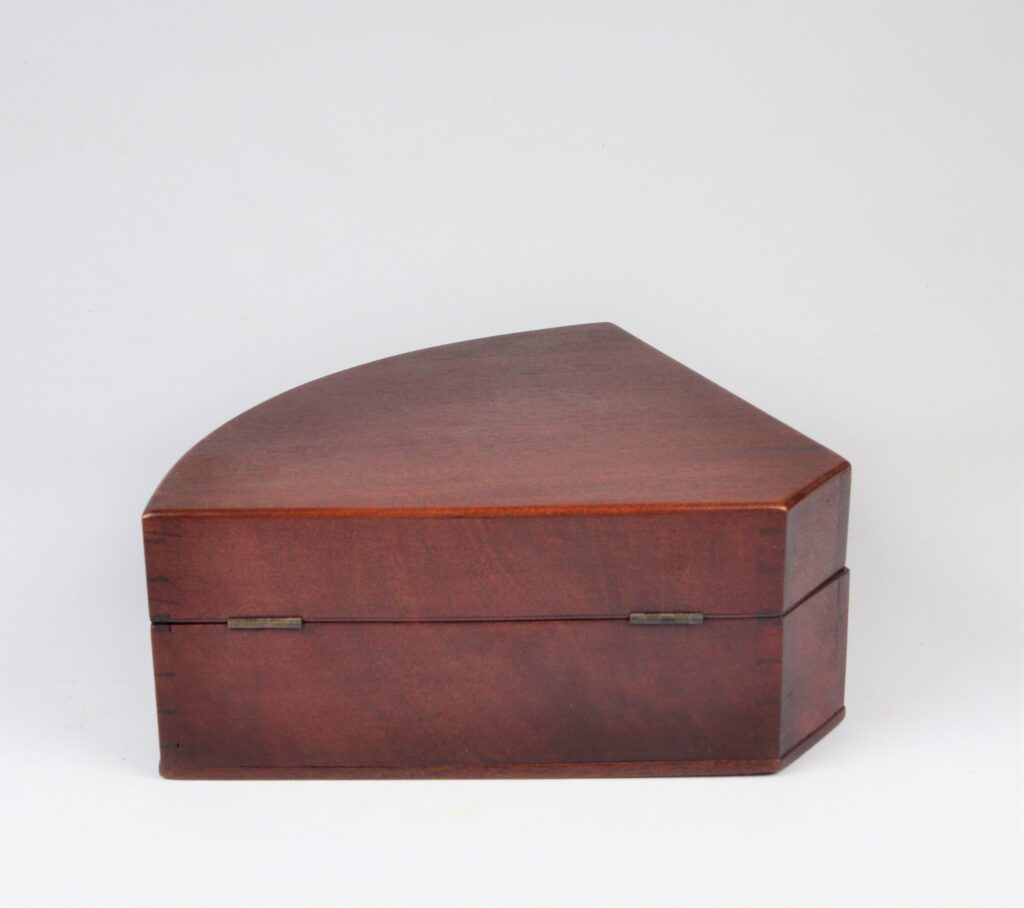 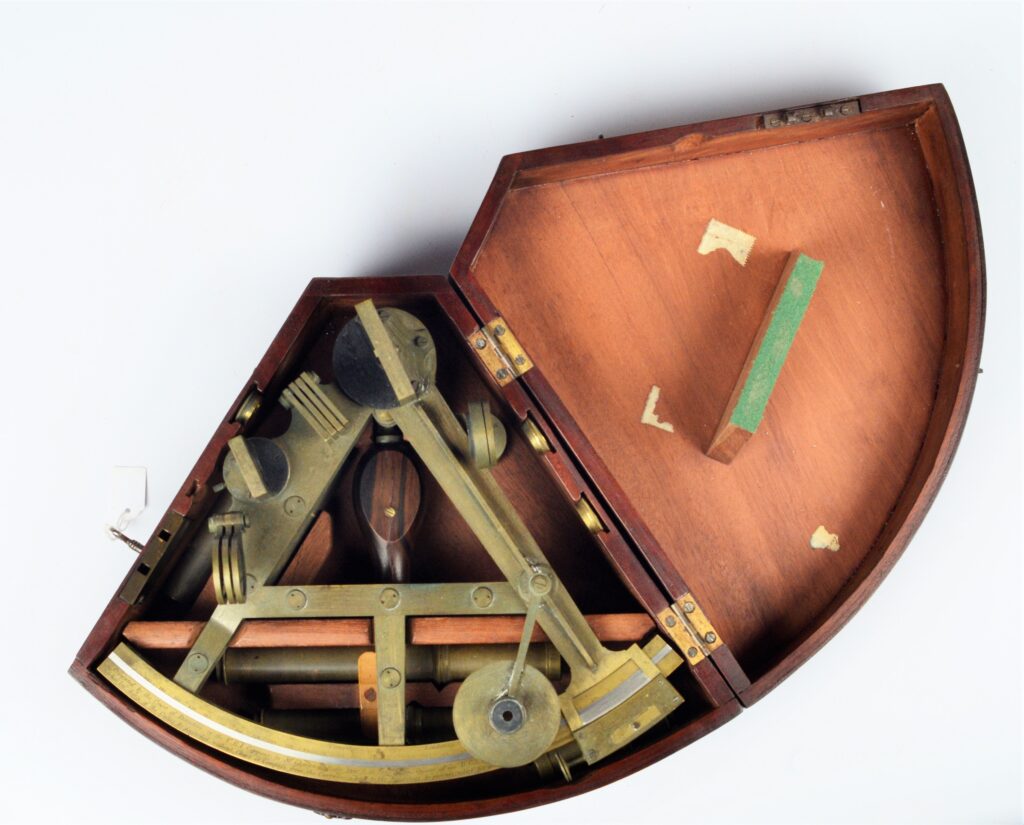 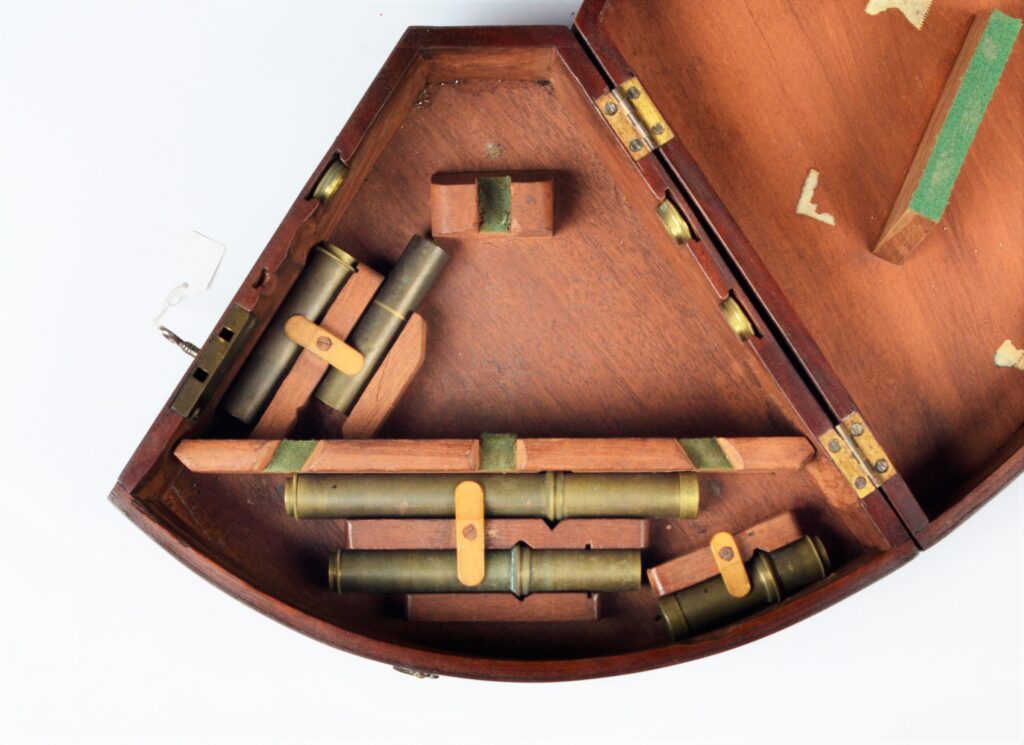 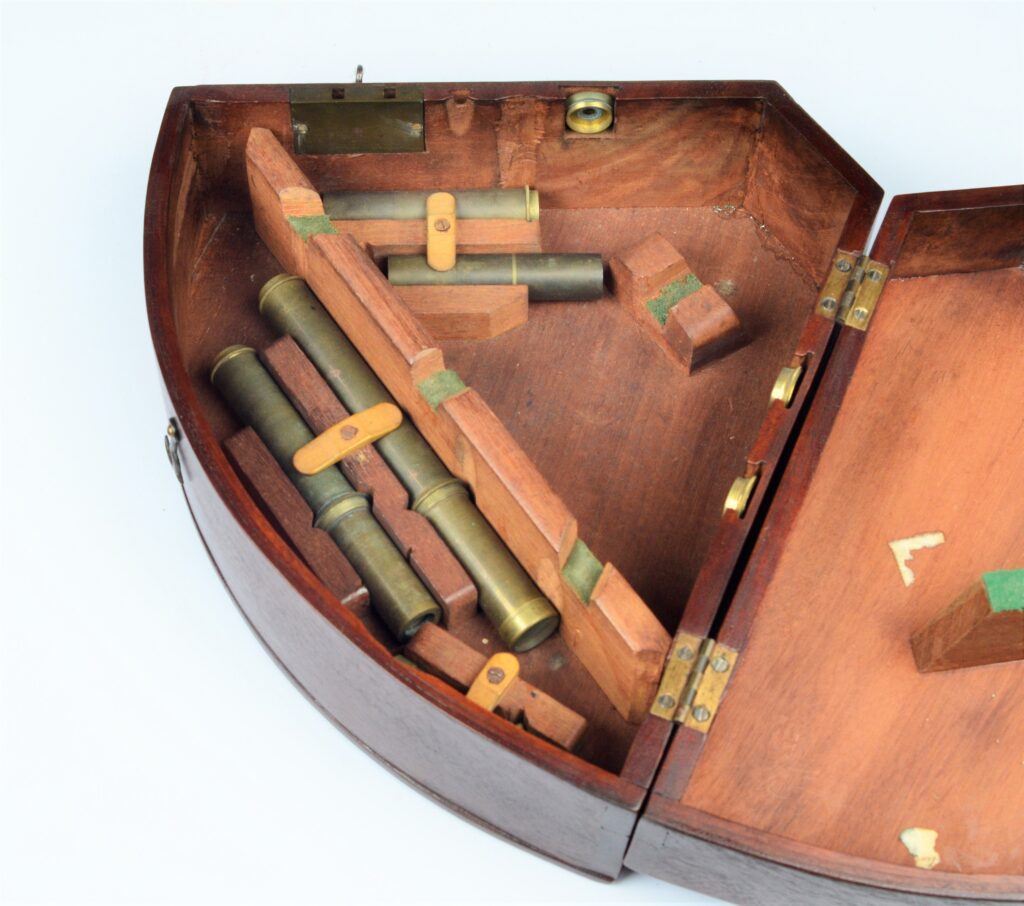 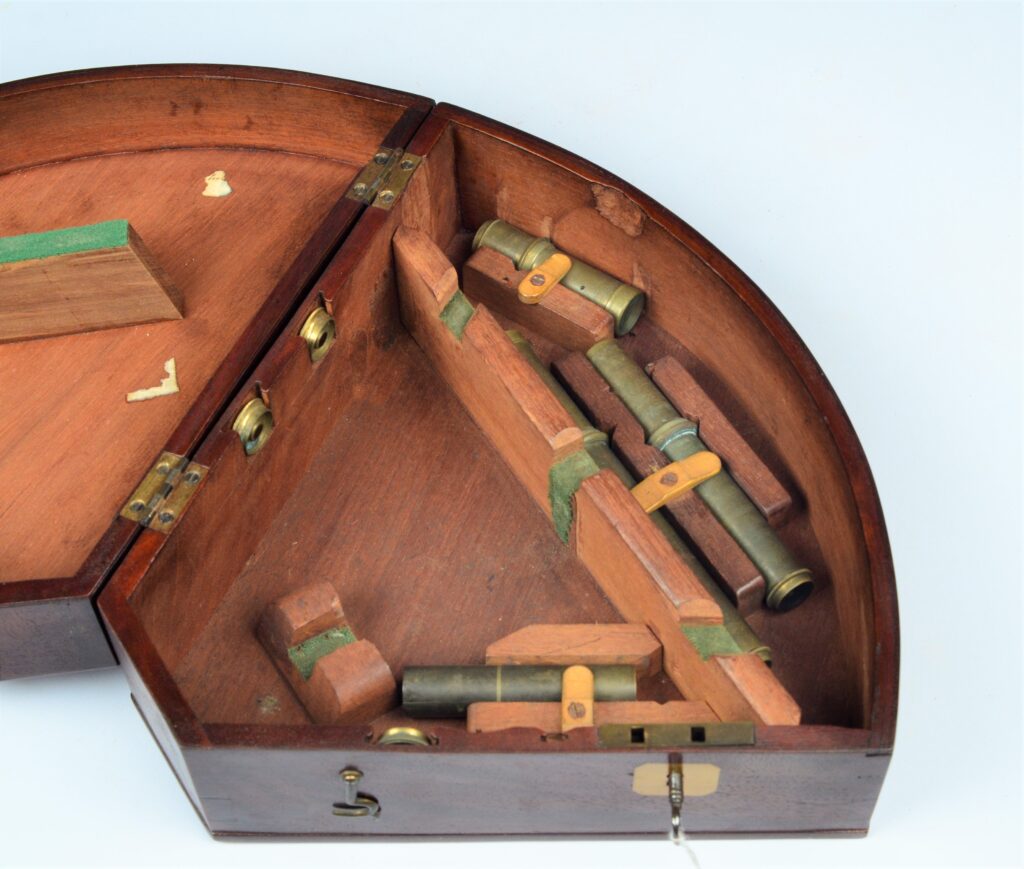 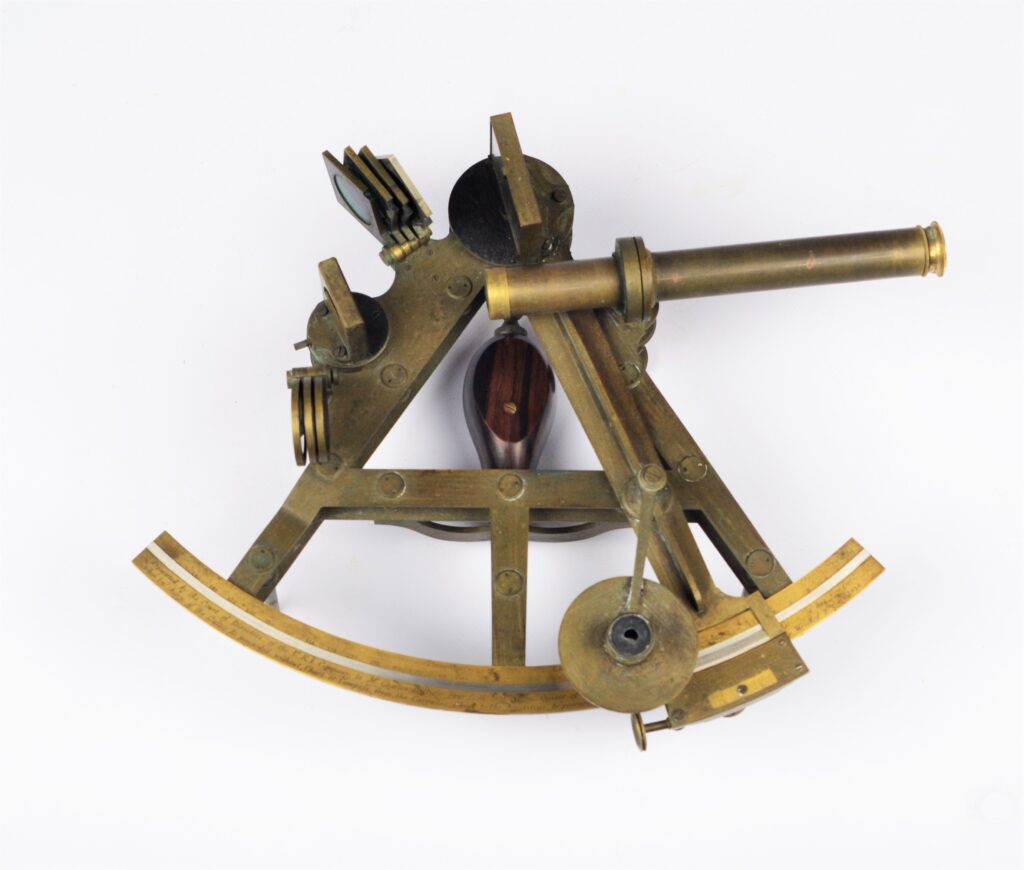 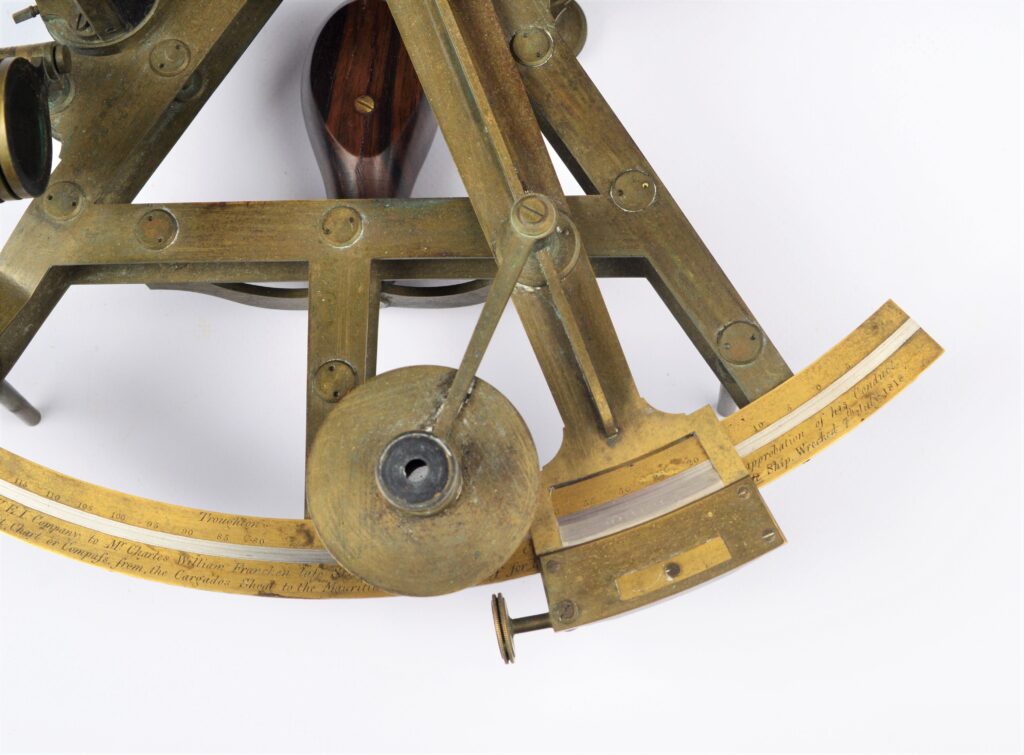 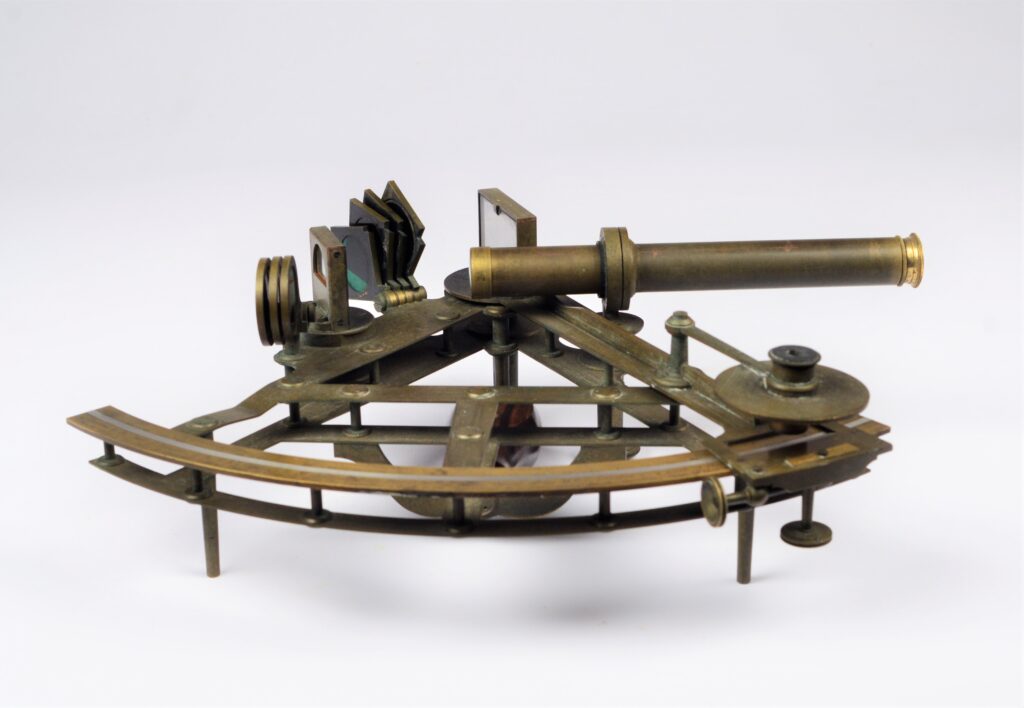 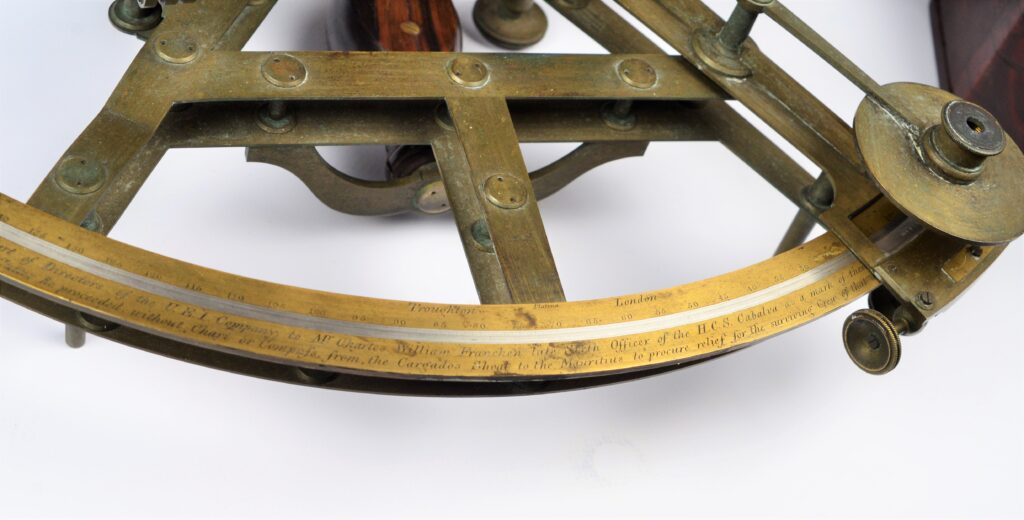 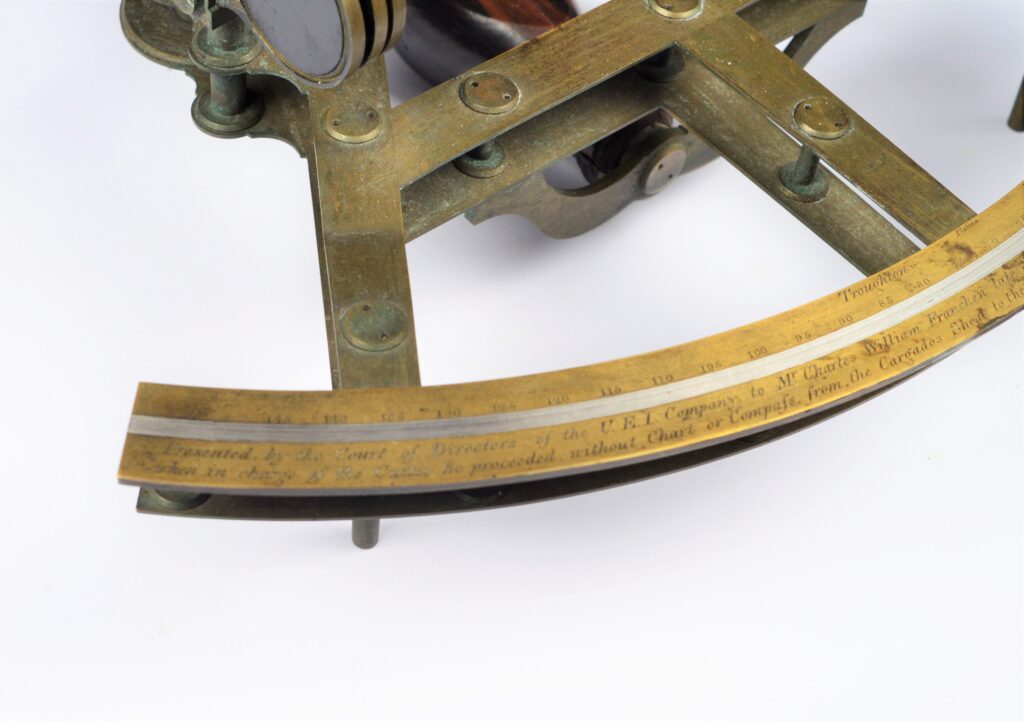 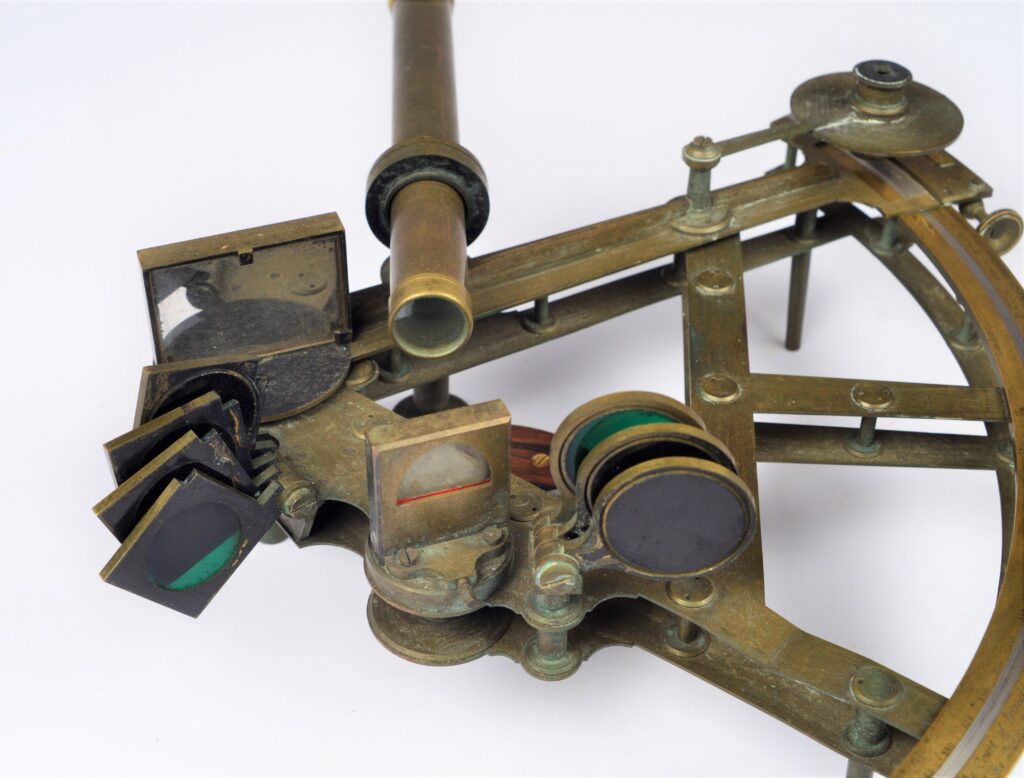 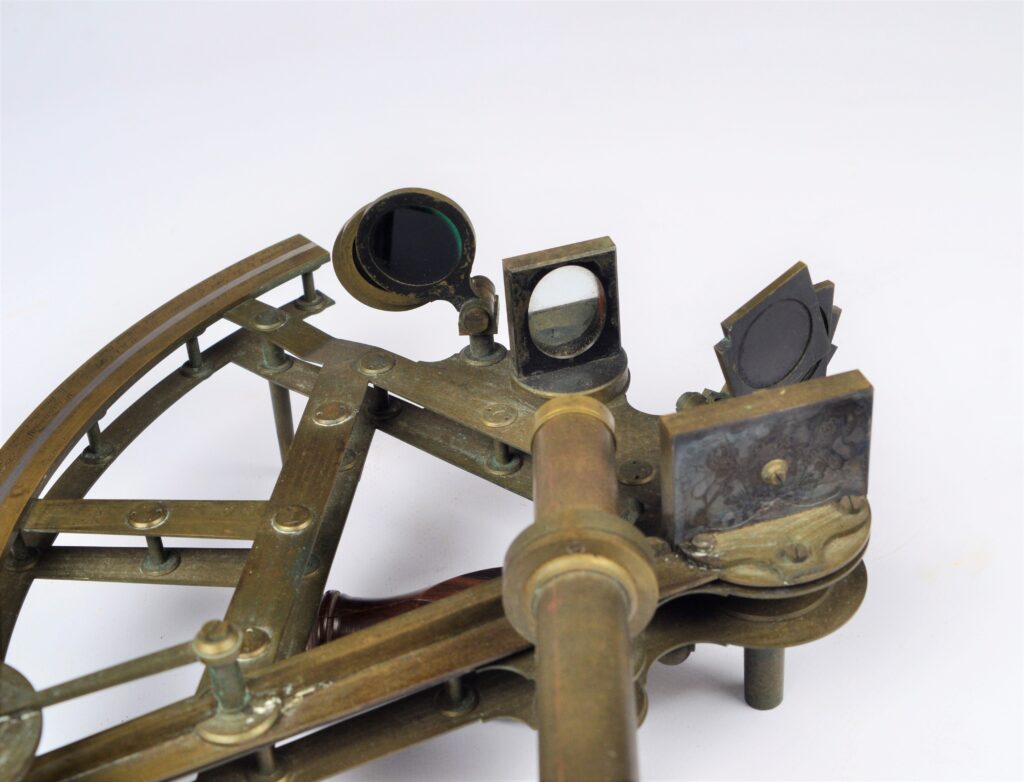 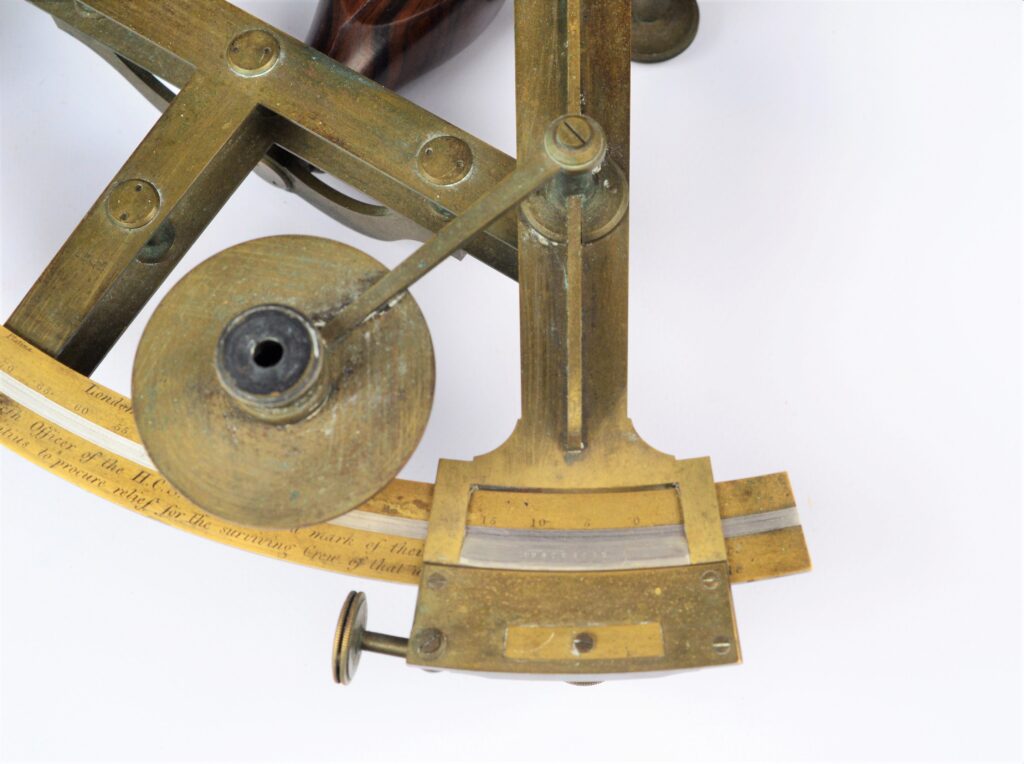 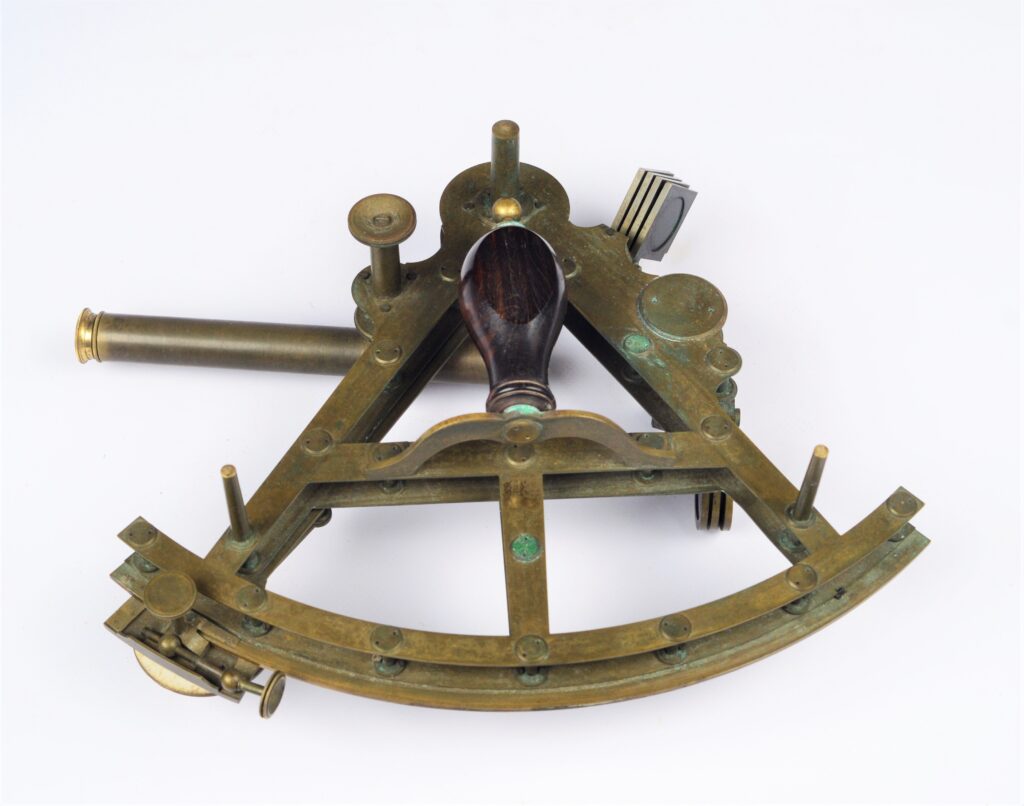 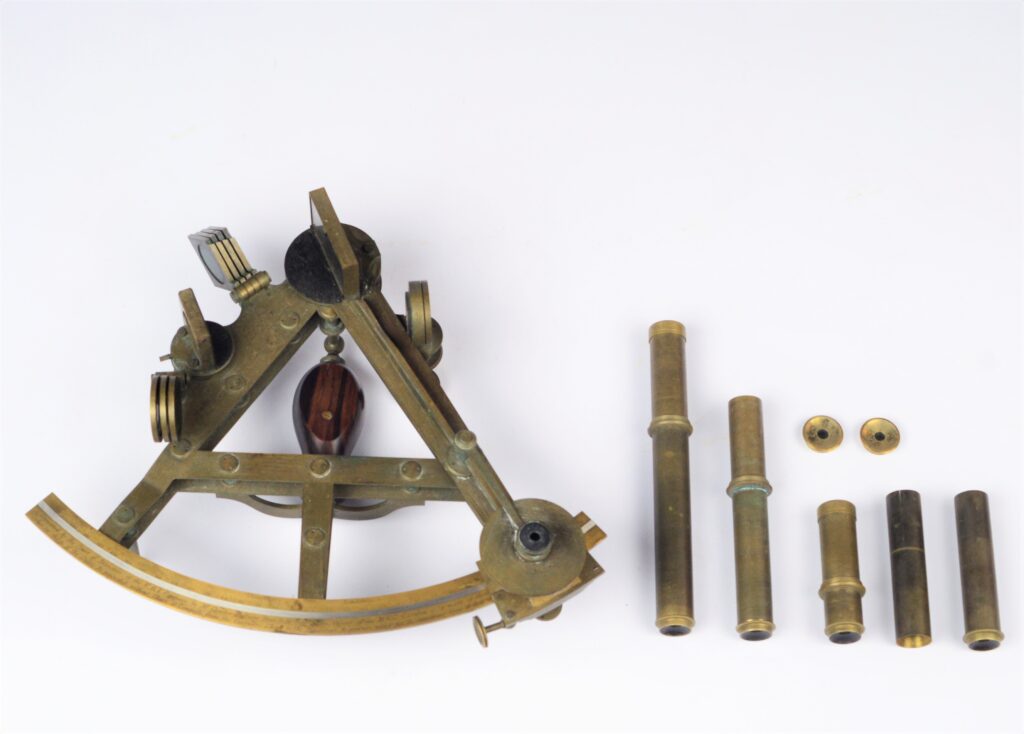 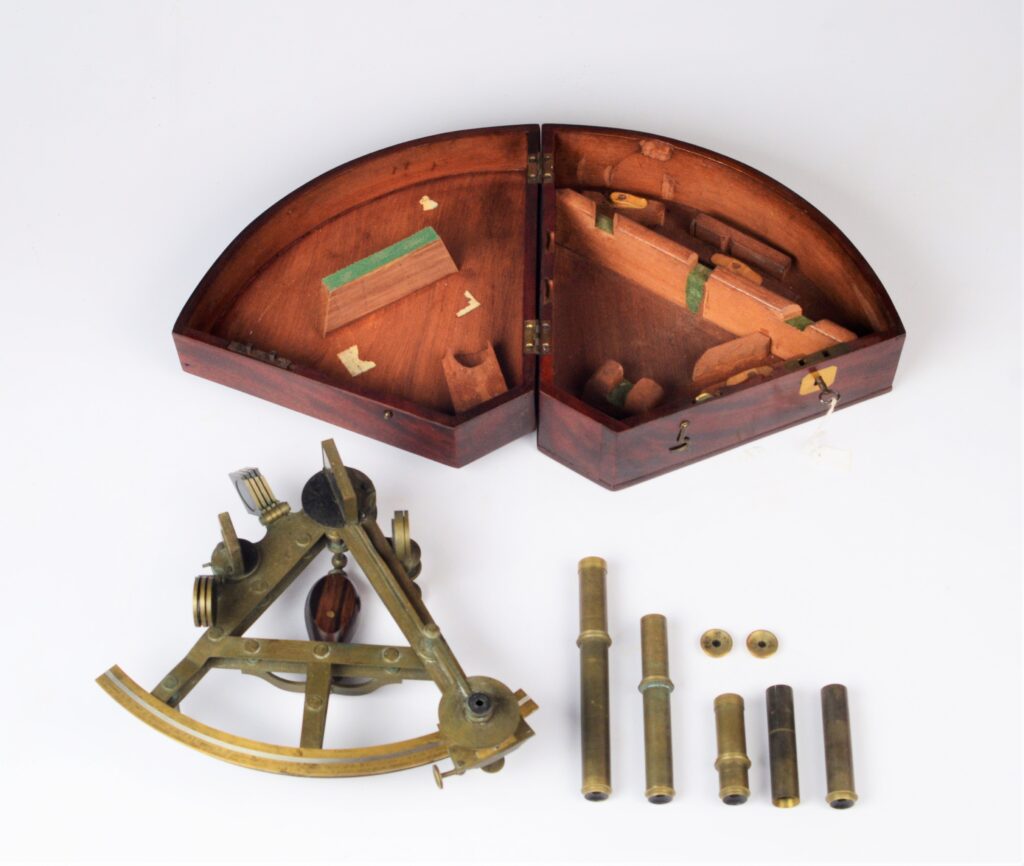