With fine craftmanship made French Navy percussion pistol with round barrel from the first half of the 19th century. Original quality and in working condition.
Navy pistols are equipped with brass parts due to the weather conditions at sea. The worn barrel and a break in the flask, clearly shows that it has been used extensively. The crack in the flask is probably due to the use of the gun as a blunt weapon, the barrel being used as a handle.

A weapons as this one is not a top piece, but they display like no other utensil the atmosphere of combat at sea. Keeping in hand lets feel very well how the battle at sea could take place. Namely from very close. The shot distance was only a few meters. The opponent, a man like you, can be looked into the eyes. And the weapon can only be fired once. 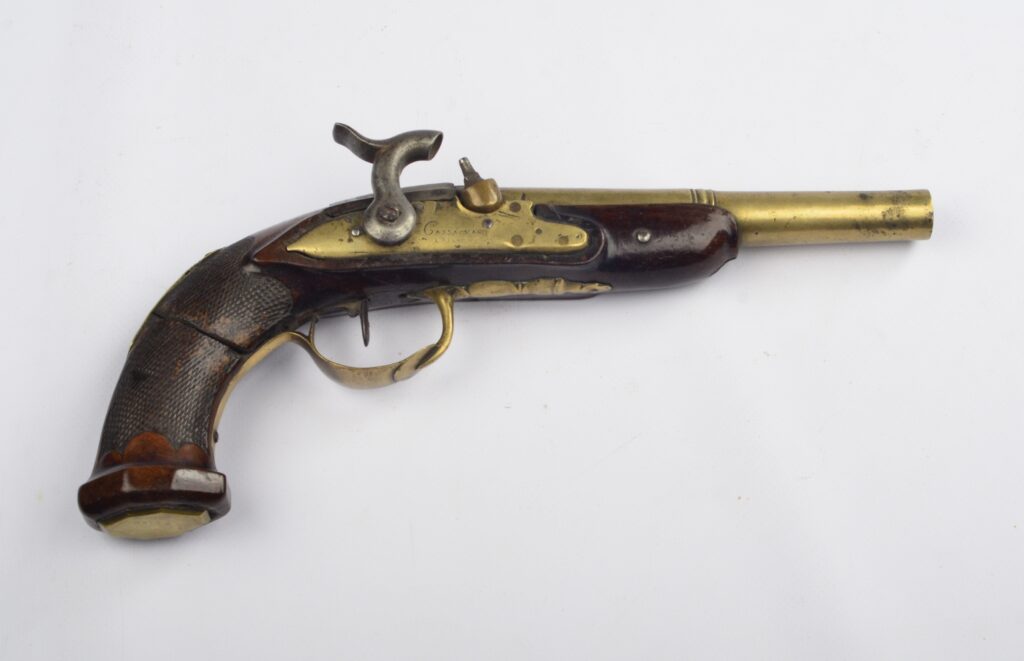 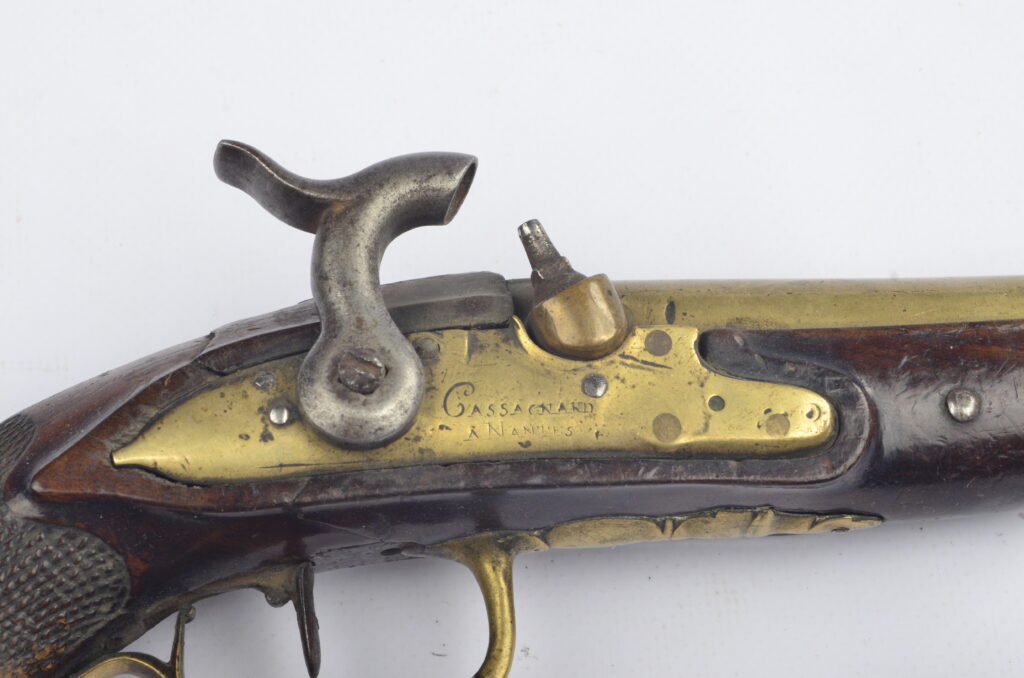 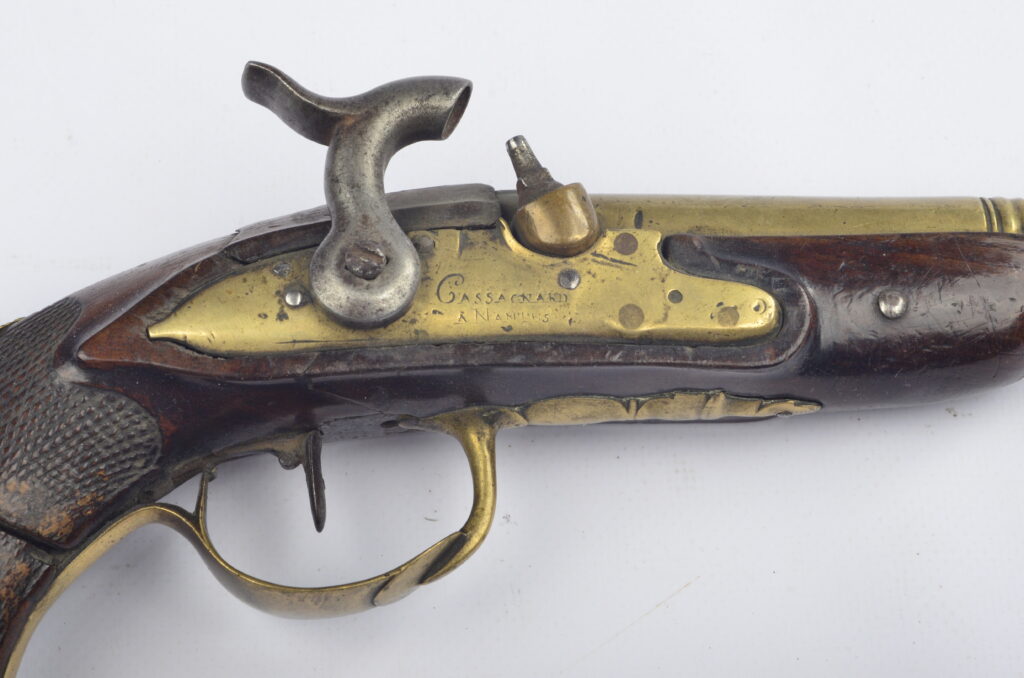 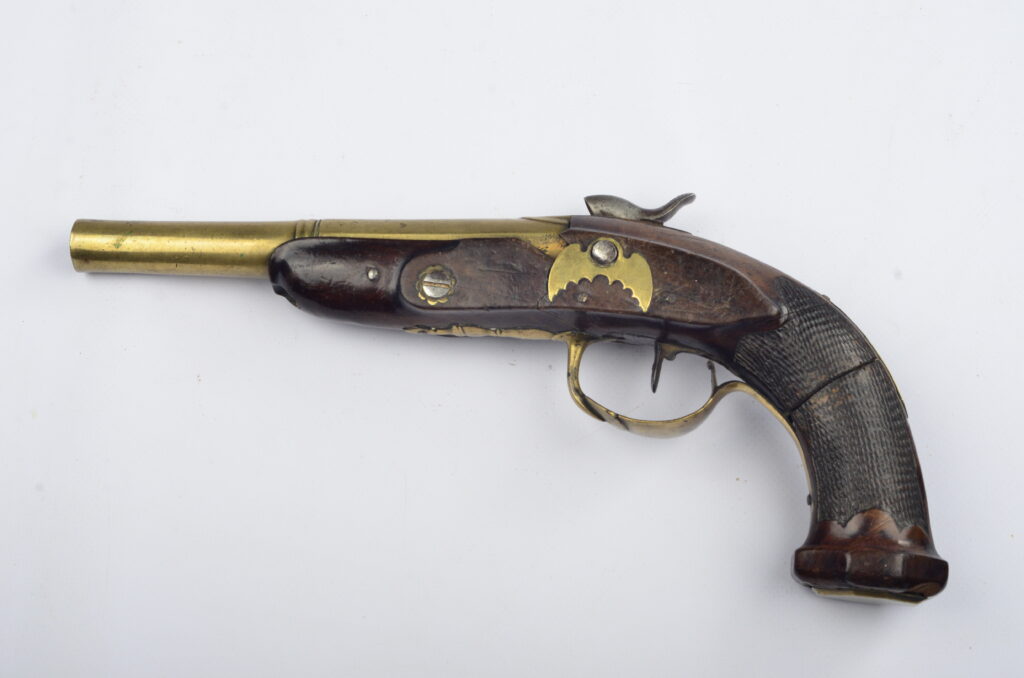 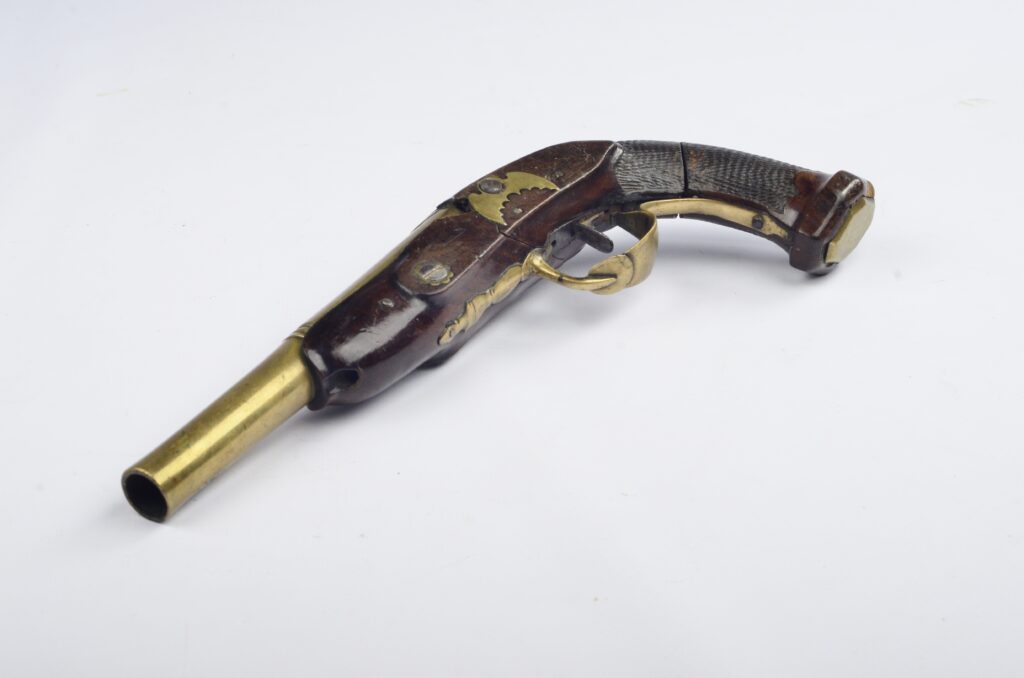 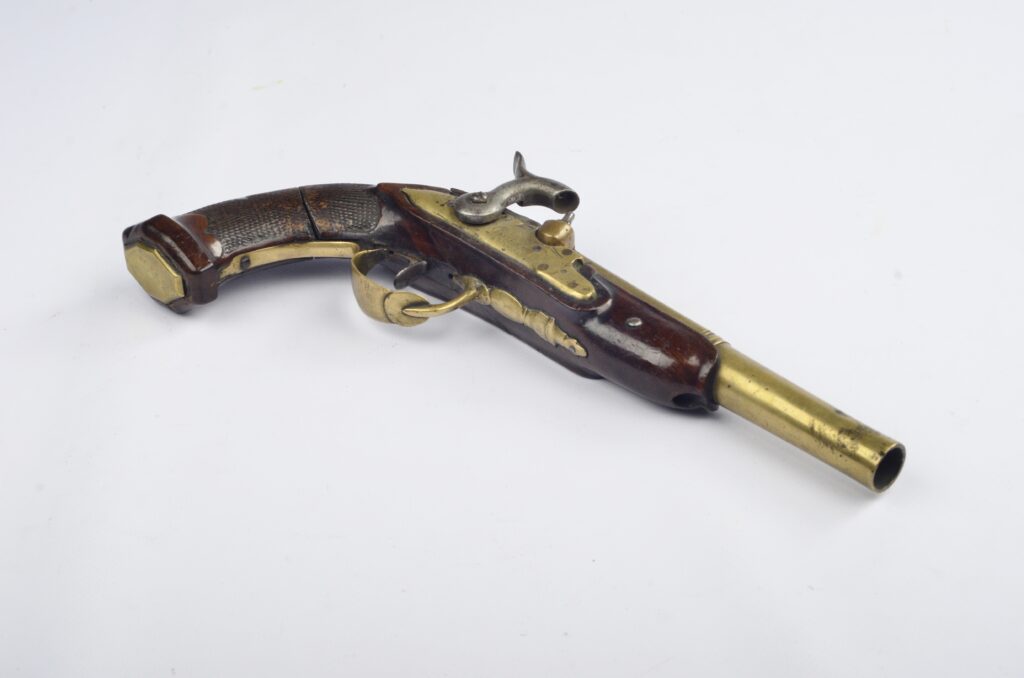 Where? What? How? Who? ...
If any questions arise please take a look at our Frequently asked questions page. To our f.a.q. page
Copyright © 2022 Archipel
Built with WP All-In by Spin in het Web