On the log there are three dials, the first registers dozens of miles up to 100, the second registers the units up to 10 mile, the third registers quarters of a mile.
Like all Heath harpoon logs, this one also has a little tolerance on the propulsion with the blades. Behind the blades there is damage to the floating body.
With original rope. 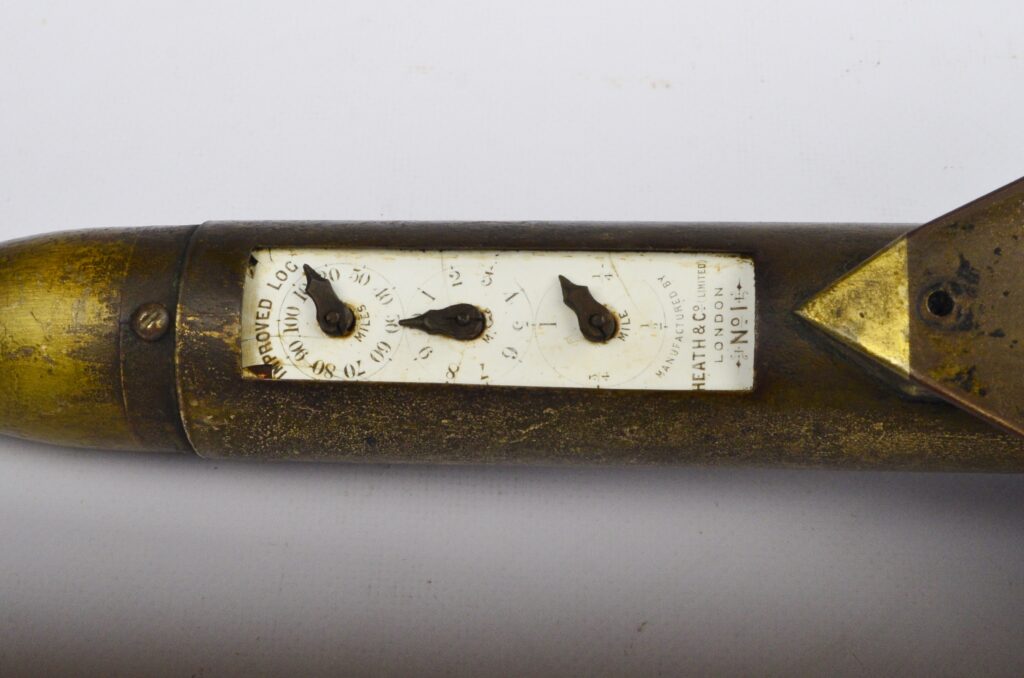 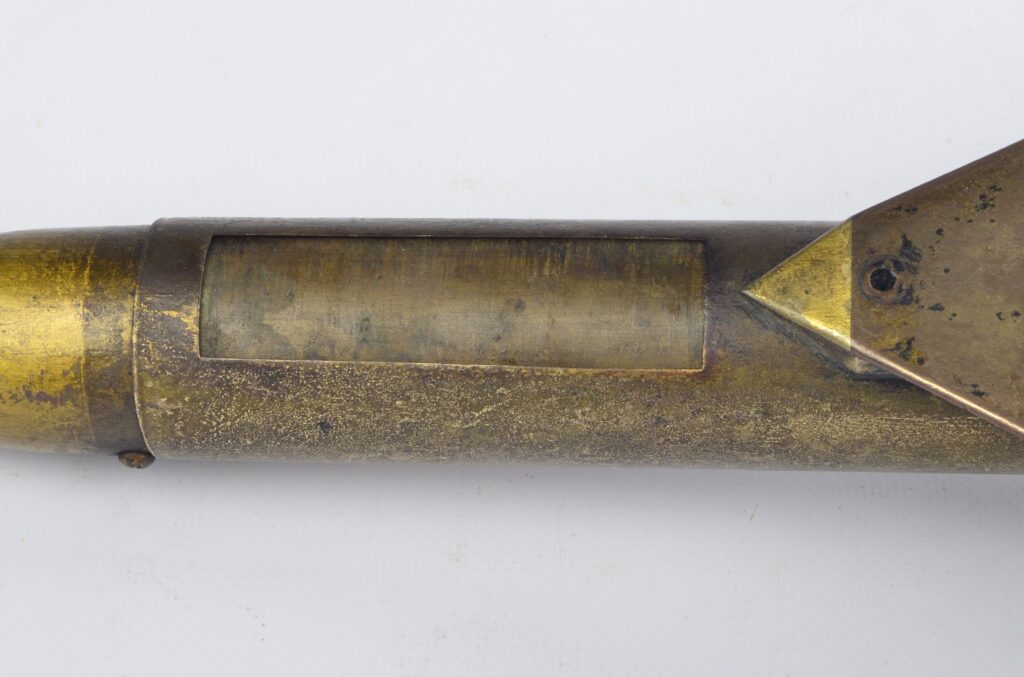