The traverse board was used to make dead reckoning. During the watch at sea, the sailed course was recorded every half hour and the speed every hour. At night in the dark this could easily be done by touch. Taking current and tide into account, the position was charted with these data after or during the watch.

The circular part has 32 compass points and four concentric circles. There are holes at the intersections. In the middle are eight cords with little pins. The pins are made of bone or ivory. The cardinal regions are marked N, NO, O, SO, S, SV, W, NV. With NO a mistake was made initially but corrected later. On the rectangular part, the miles traveled are recorded. They are indicated from 1 to 10 and 1/4, 1/2, 3/4. Four rows below each other. One for every hour of the watch.

Catalogue: NM.6-23
Date: ca. 1700
DH: 16x25x2.5 cm
Signed: not signed
Origin: Skandinavian
Condition: in good and working condition, wear consistent with age and use, one rope and some pins are missing 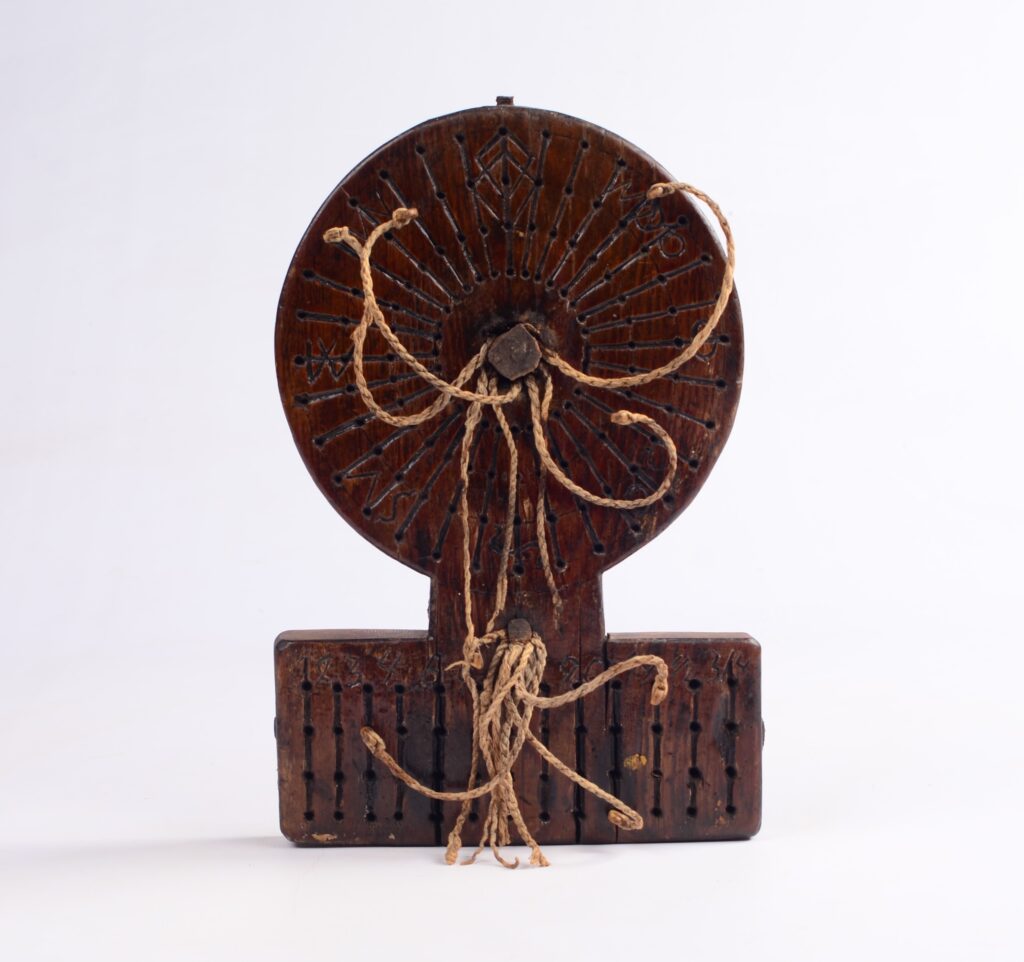 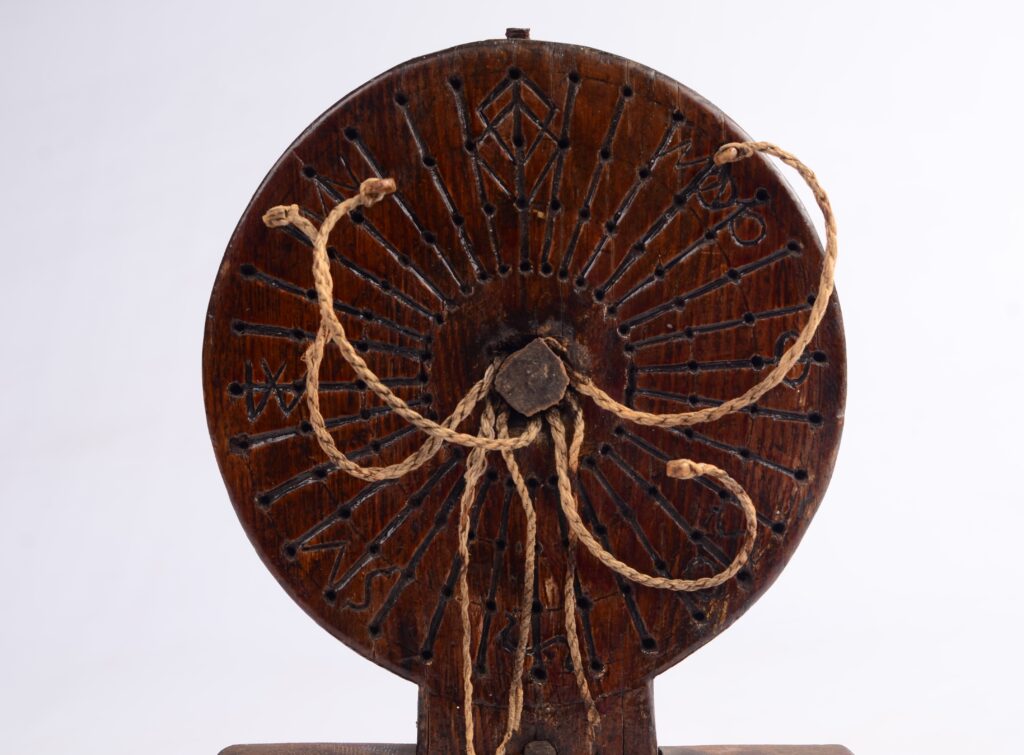 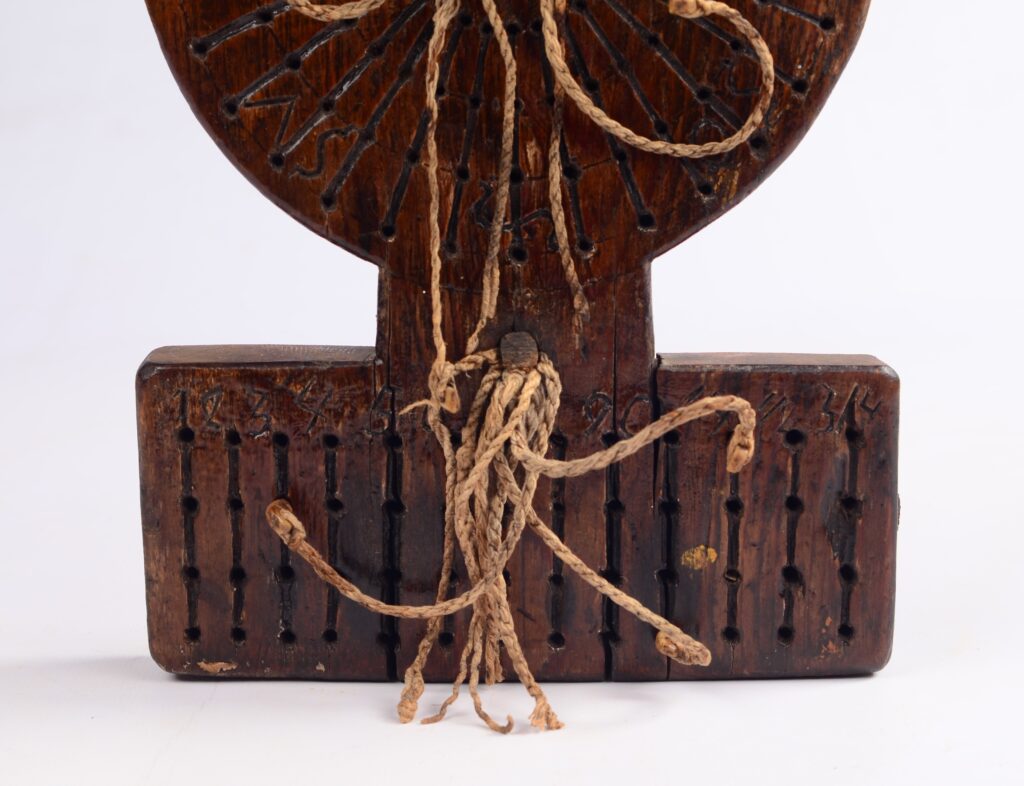 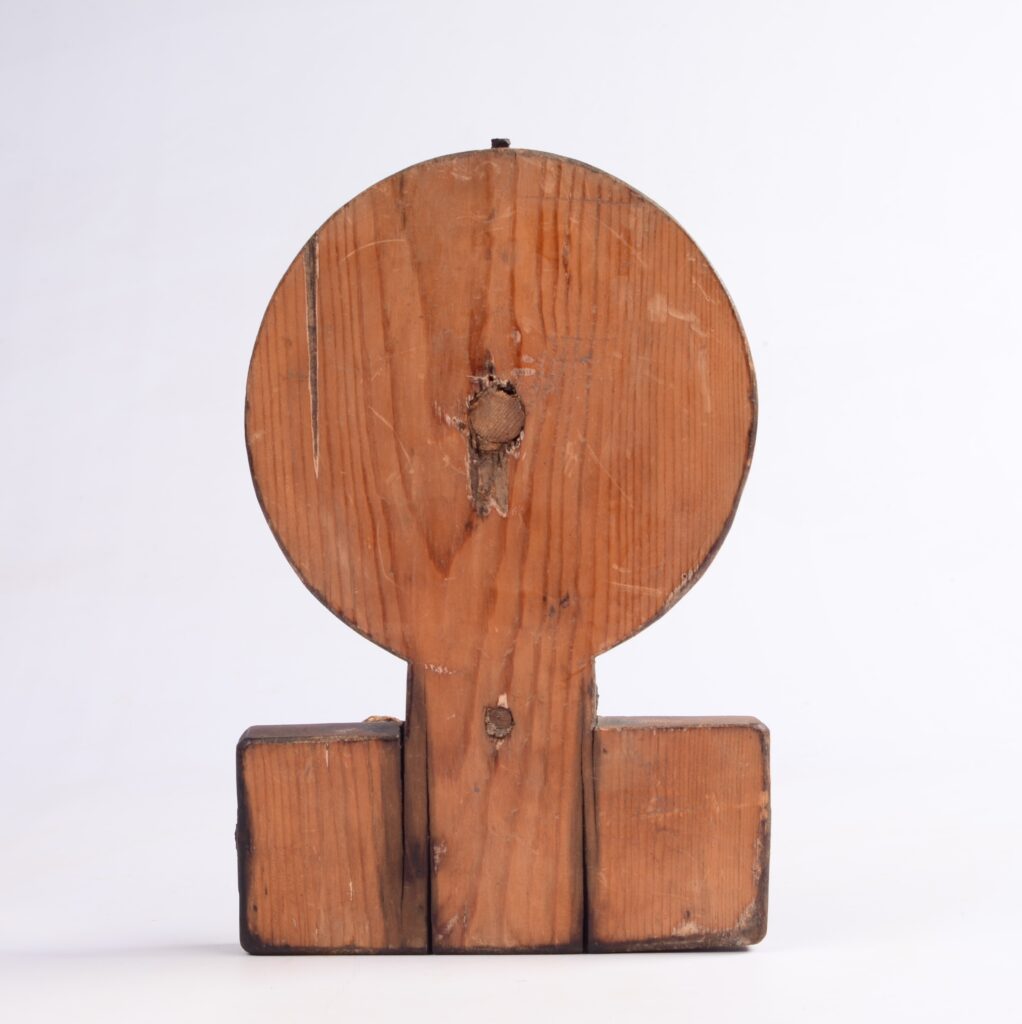 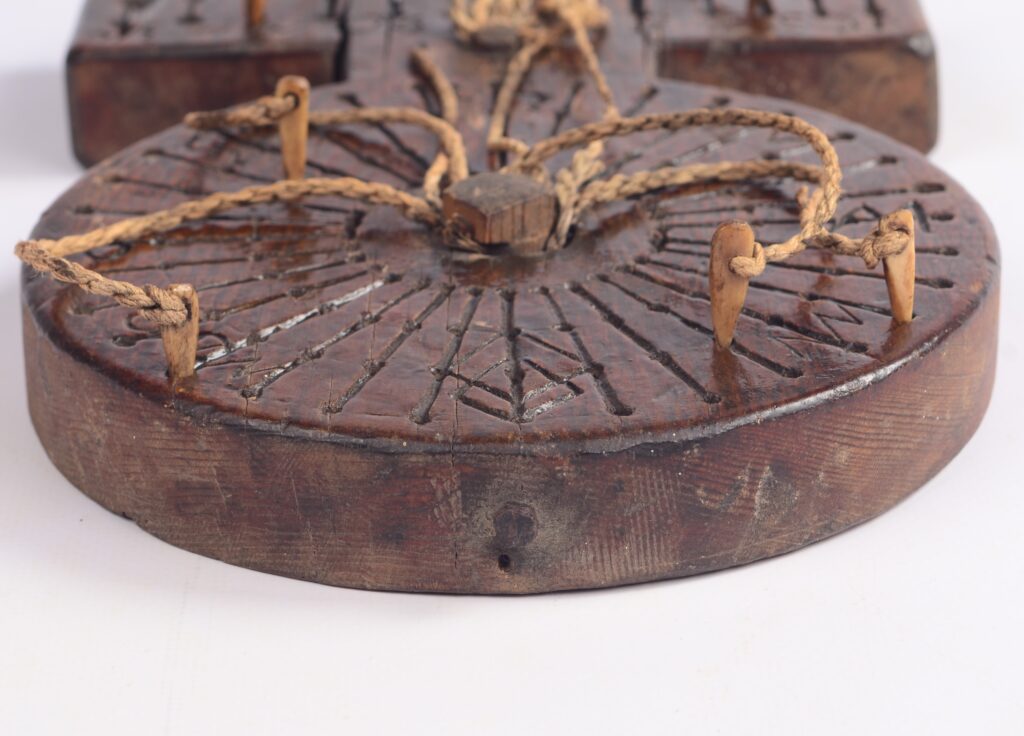 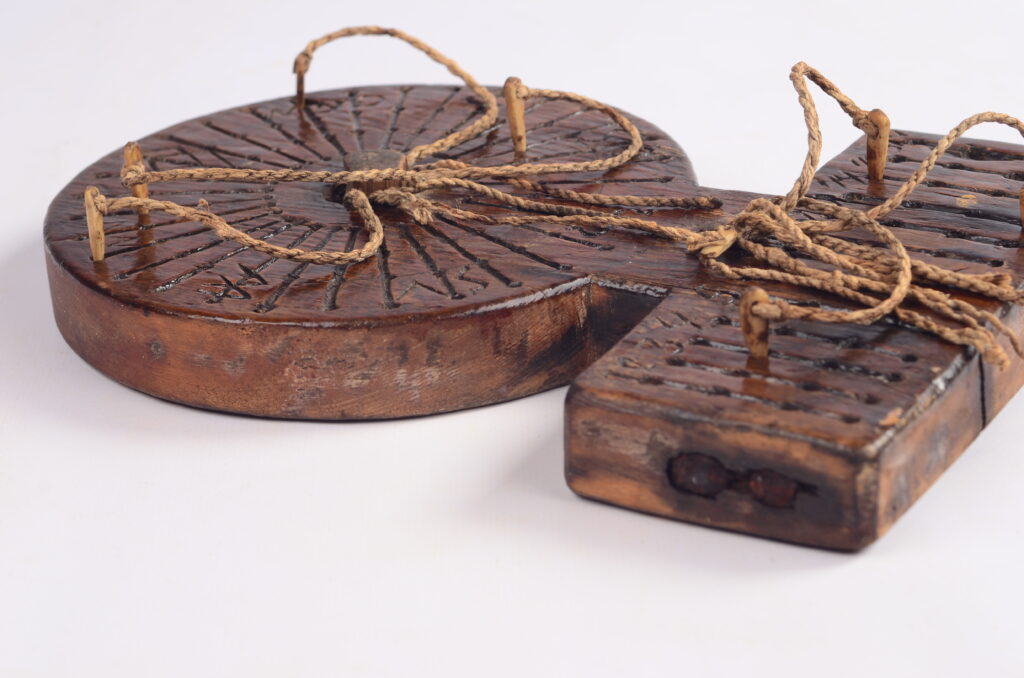 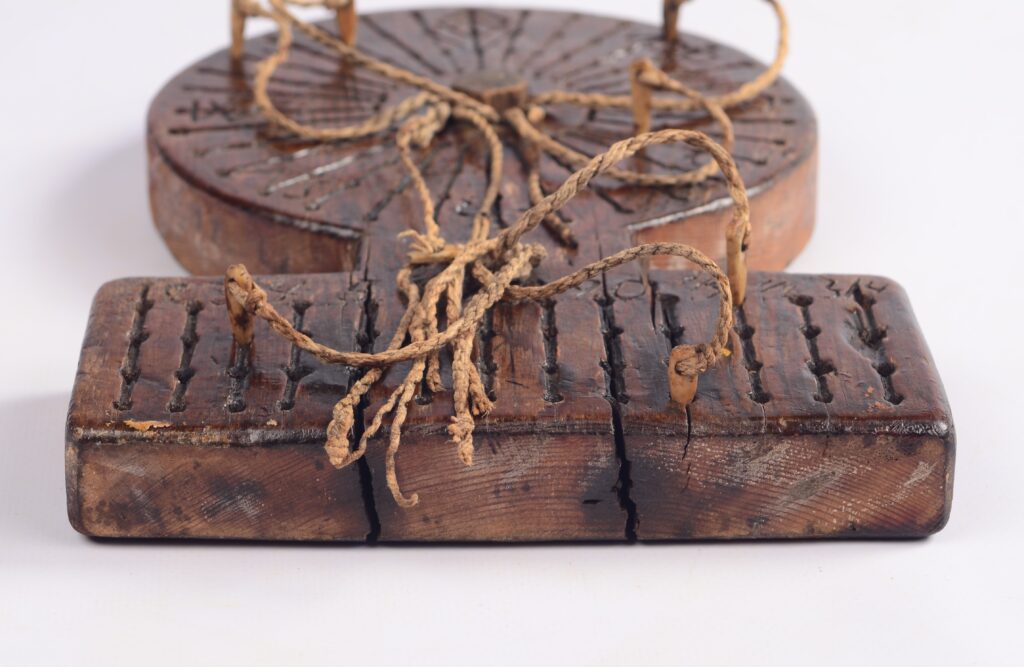 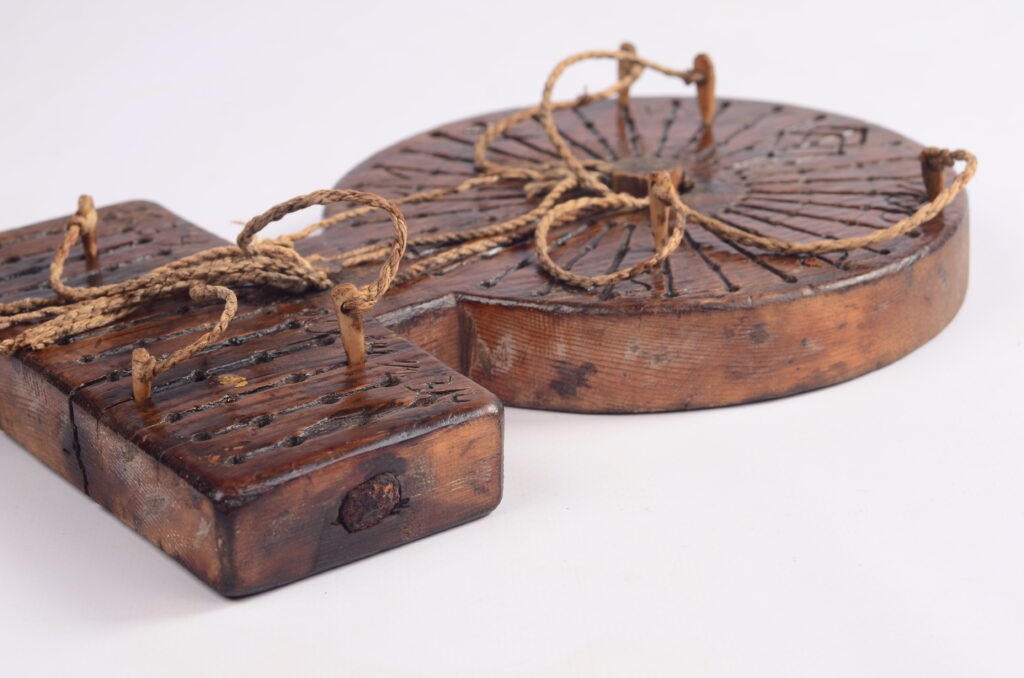 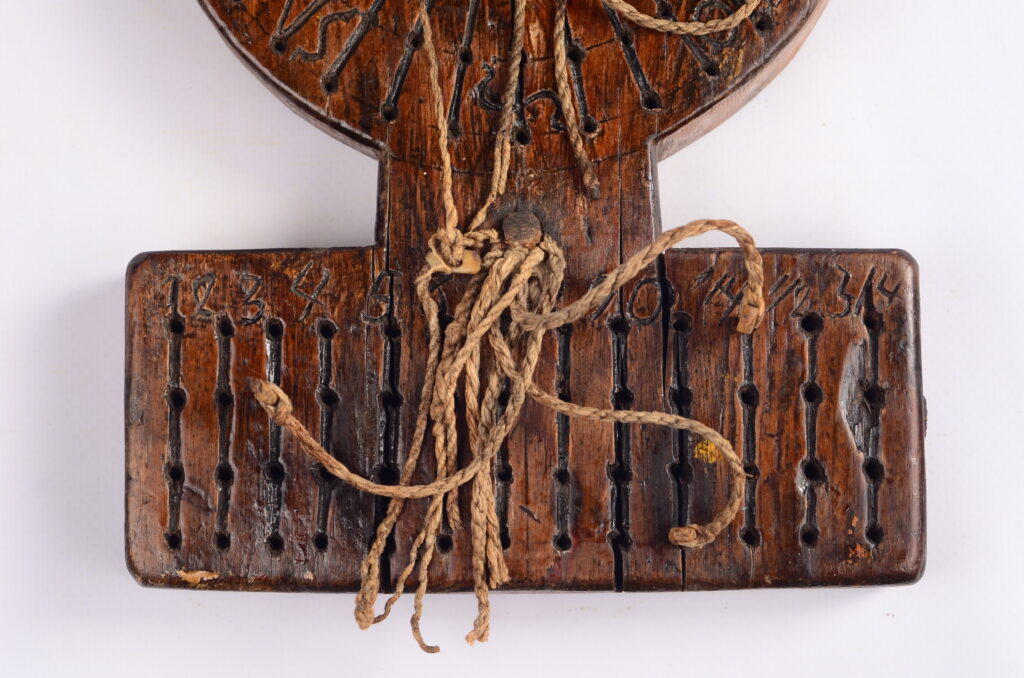 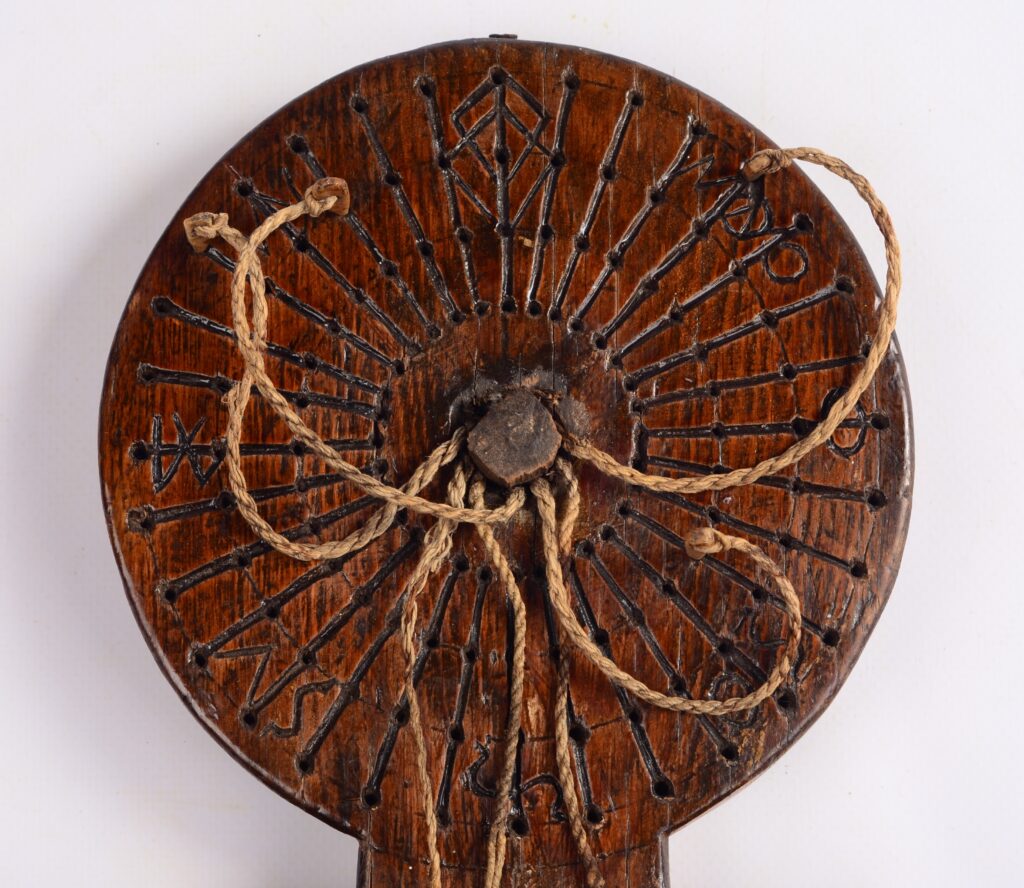 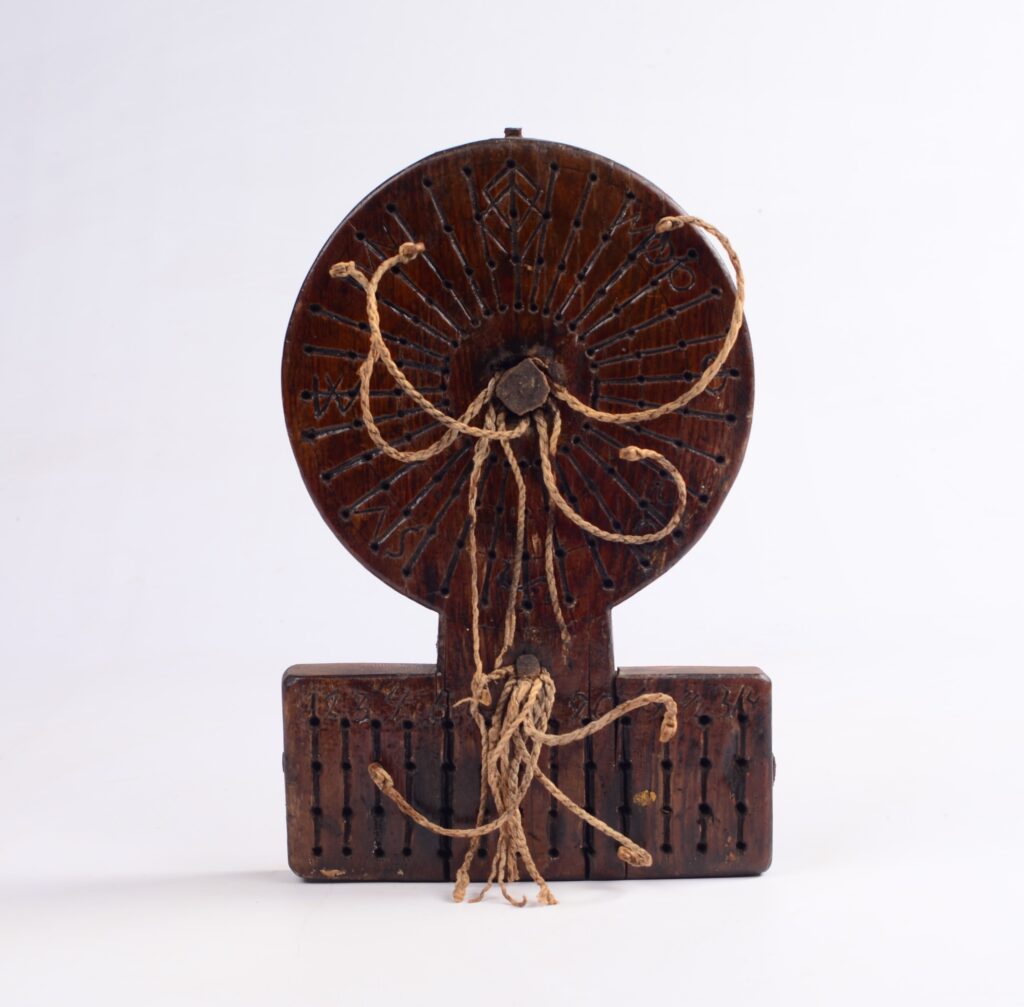