Copies of this mechanical log can be found in the National Museum Greenwich and the Maritime Museum in Amsterdam. Four copies are described by Sharp. This shows that in the beginning there was a lot of experimentation with the design of the log. The specimen shown here is not described but is unmistakably from Massey. It appears to be an early variant, perhaps it is a prototype. The rotor has the characteristic design of Massey with cross connections between the blades. Log and rotor both have the same eye. However, the rotor has Walker’s anchor. Massey and Walker worked closely together in the development of the log. In 1861 Walker took over the production from Massey. The hands and the structure with swiveling cover have disappeared. Marked with PATENT LONDON. 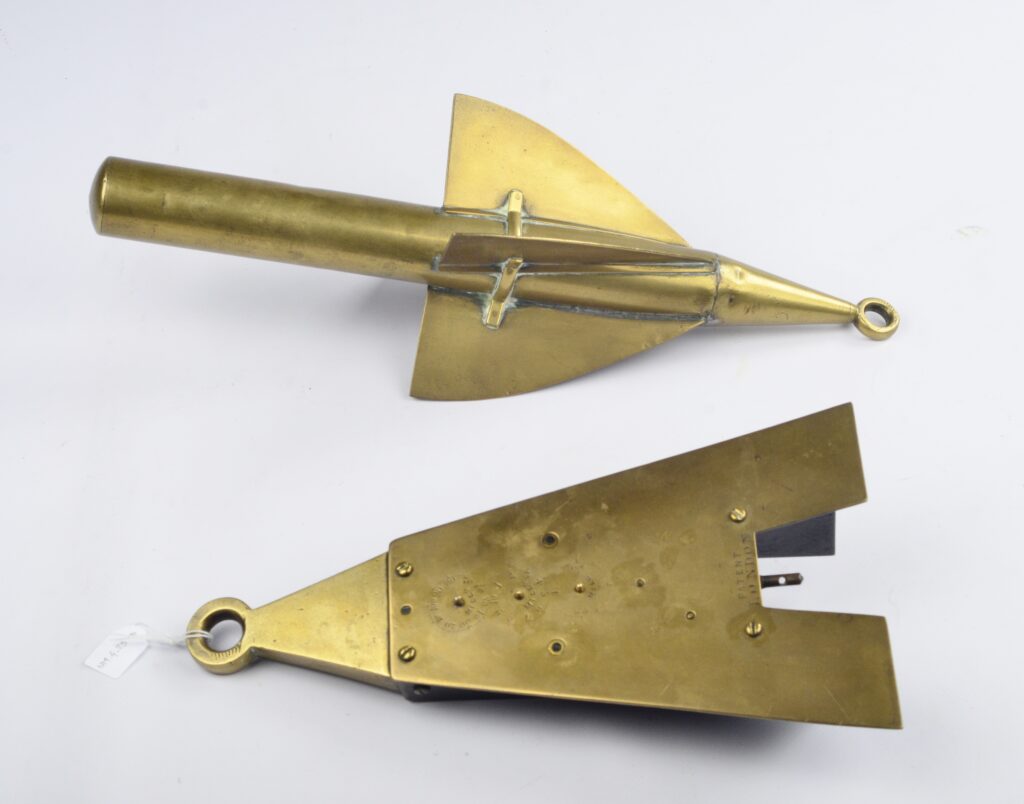 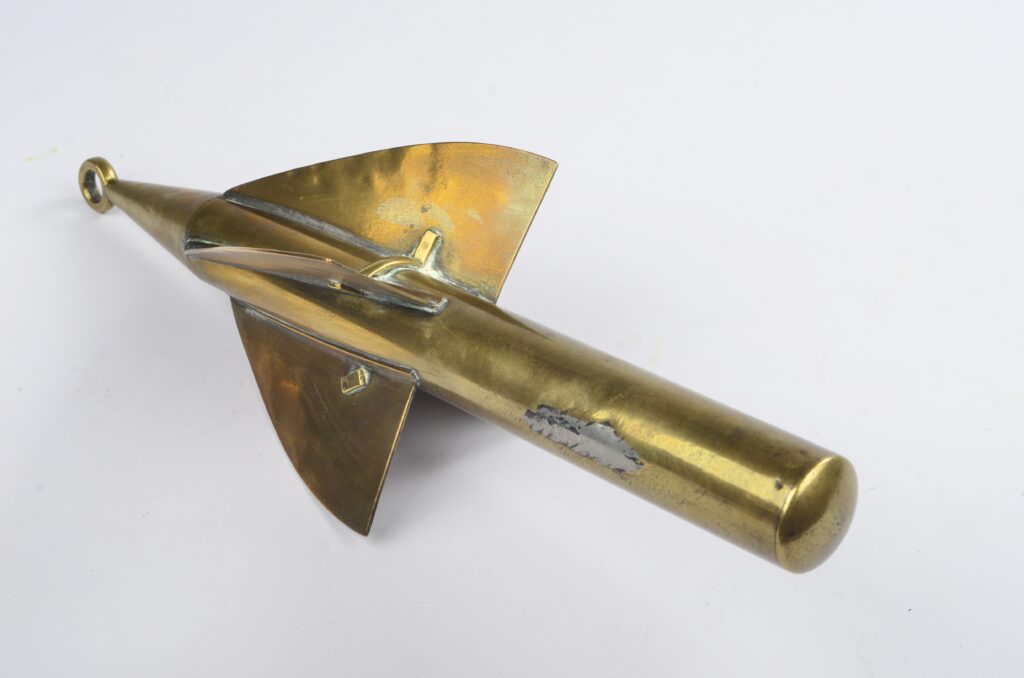 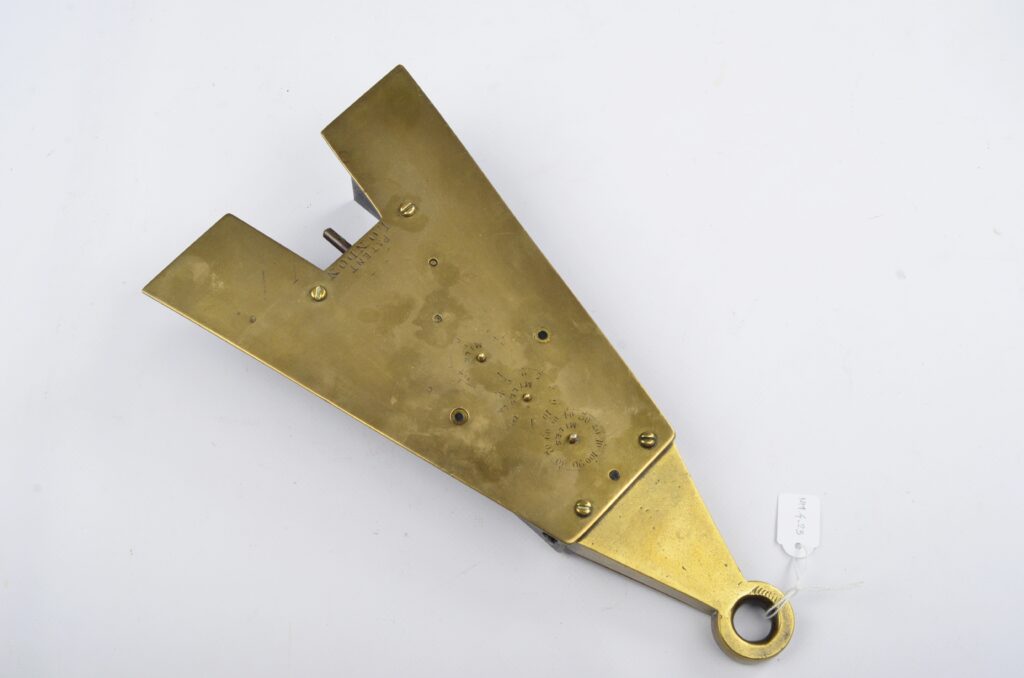 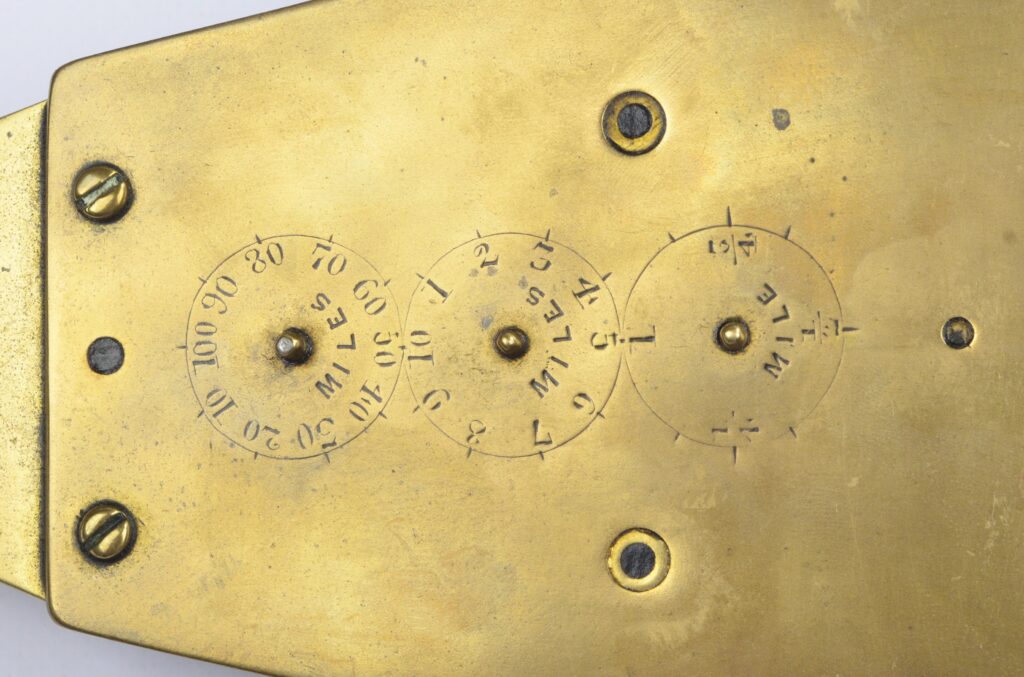 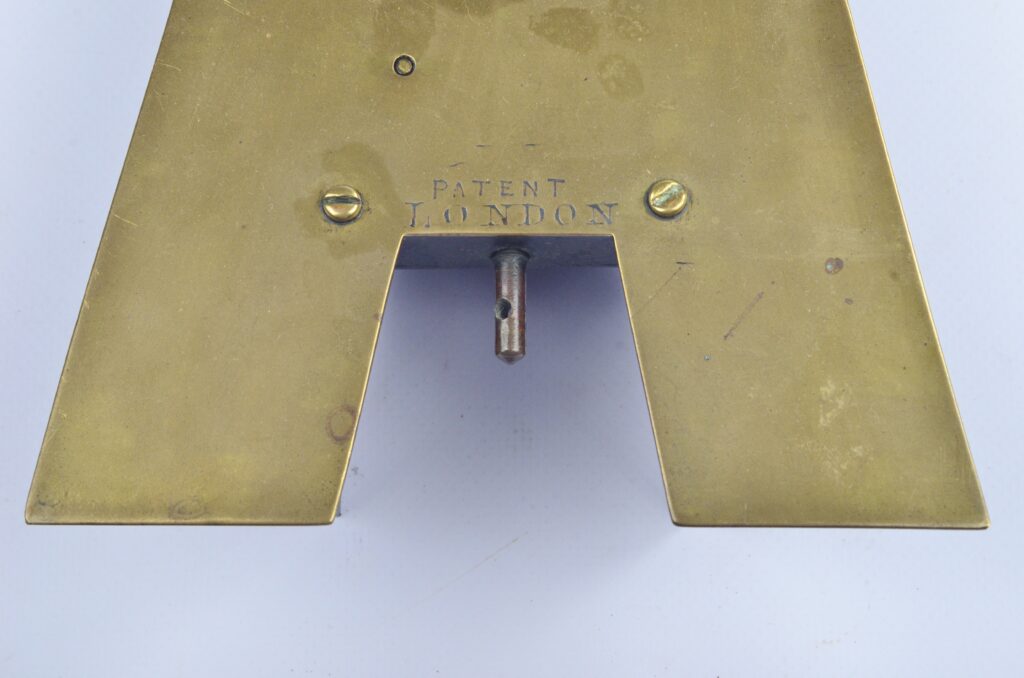 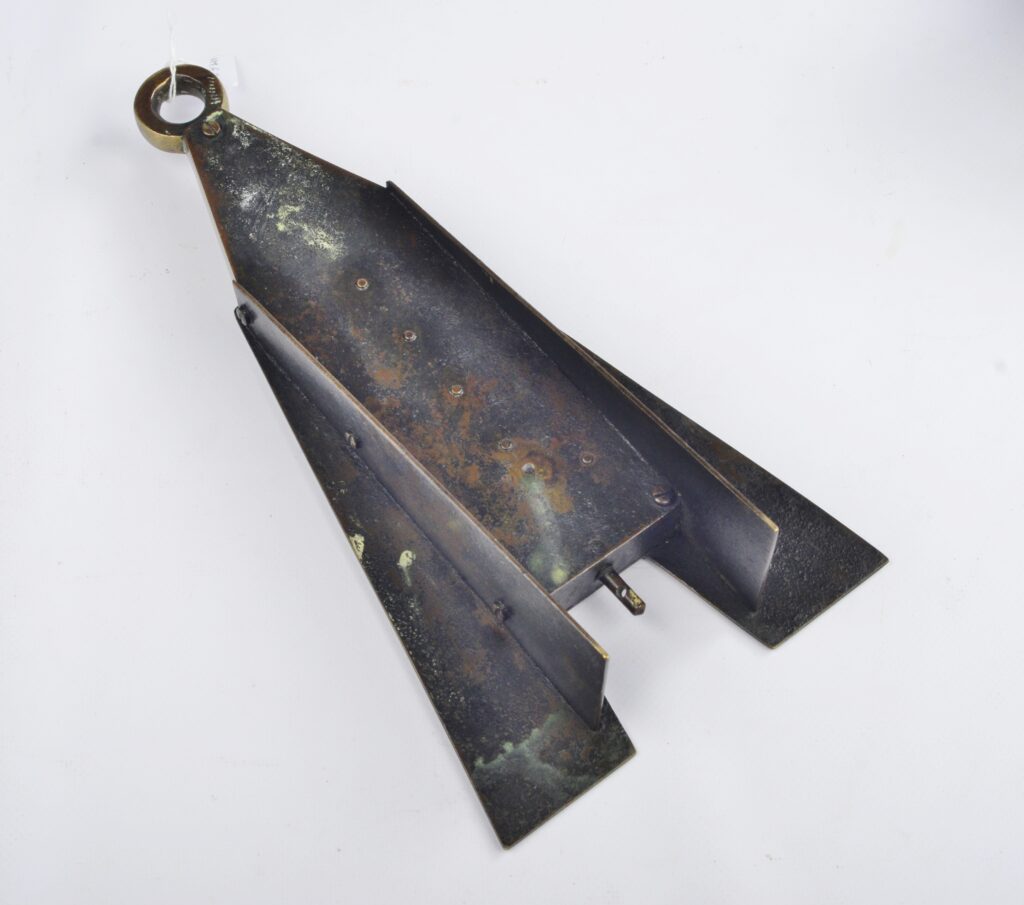 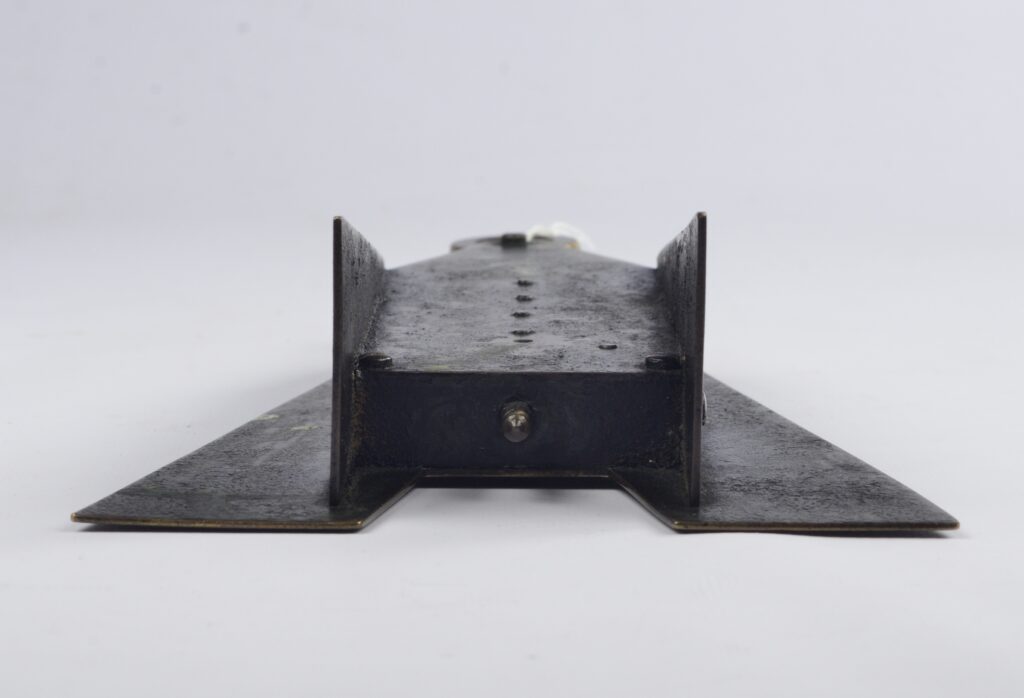