The ‘Hollandse Cirkel’, Dutch circle or circumferentor, is developed by the Dutchman J.P. Dou around 1600 as an angle measuring instrument. It consists of a circle with a fixed and a rotatable sighting device. With the ball and socket joint placed on a vertically placed stick, horizontal angles can be measured. This very beautiful La Motte instrument, even better than the pictures show, has a double graduation on the ring with nice leaf decorations. In the center of the circle a rotatable compass with a set of sights. The compass has an 8-pointed rose, the north of which is indicated with a fleur-de-lys. The signature is on the back. La Motte instruments are very rare. 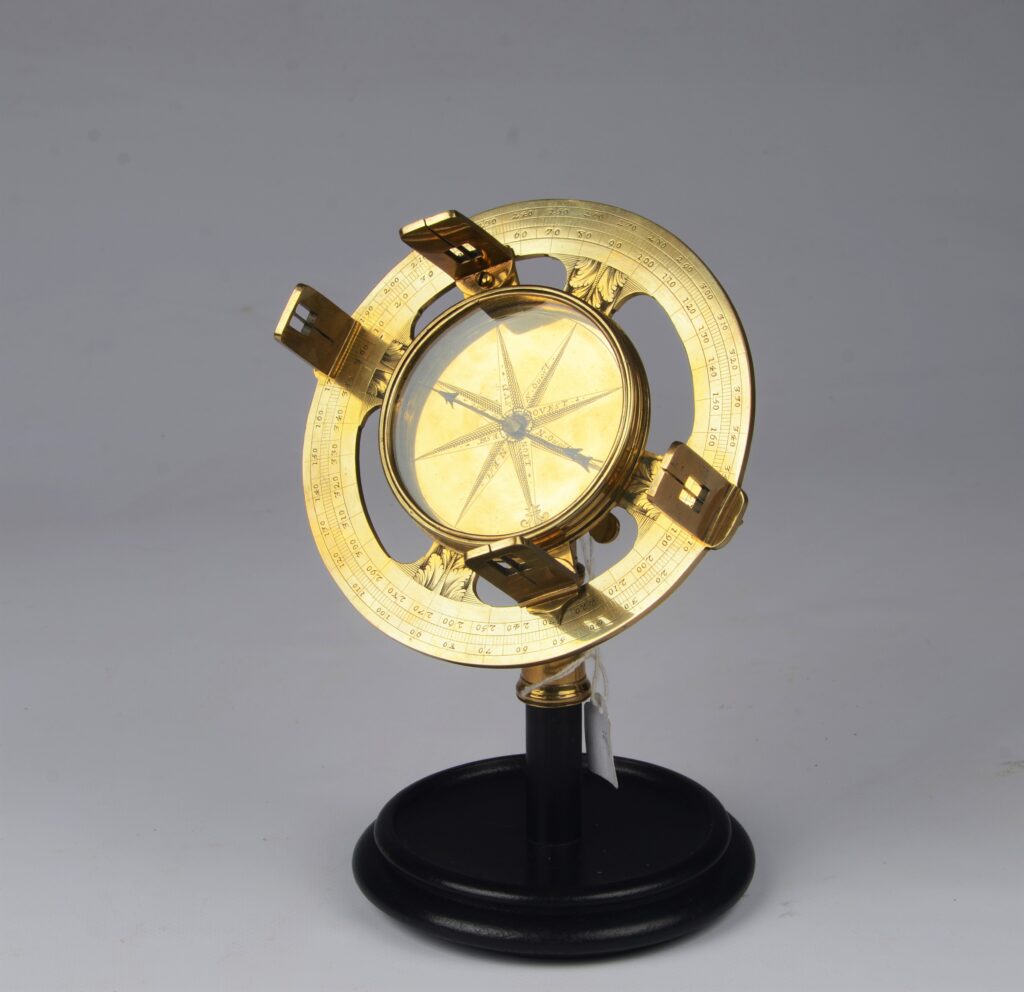 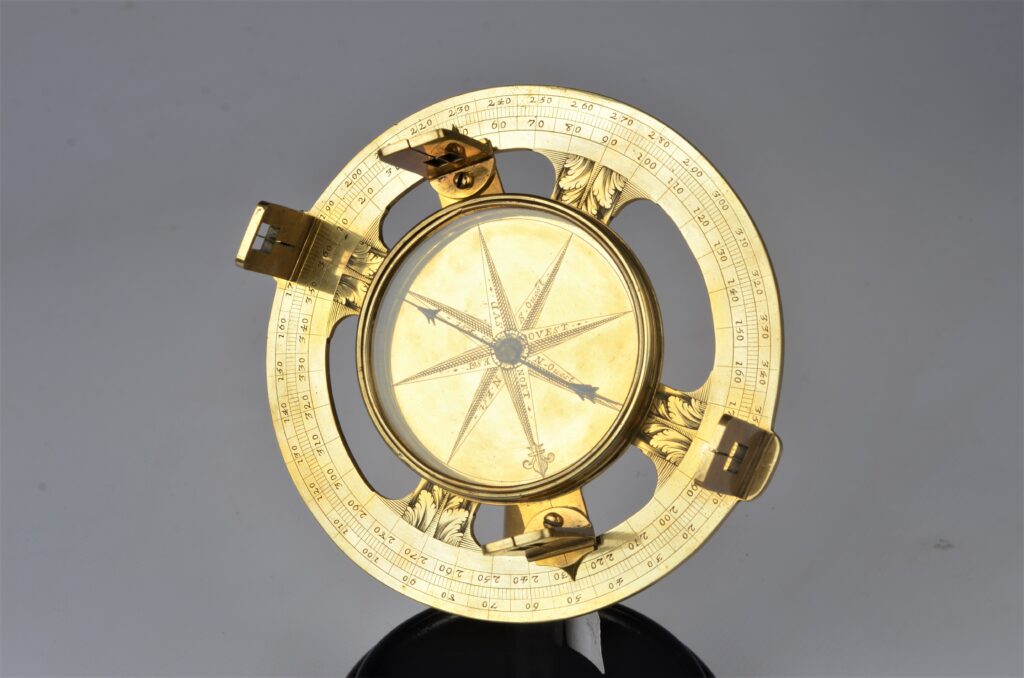 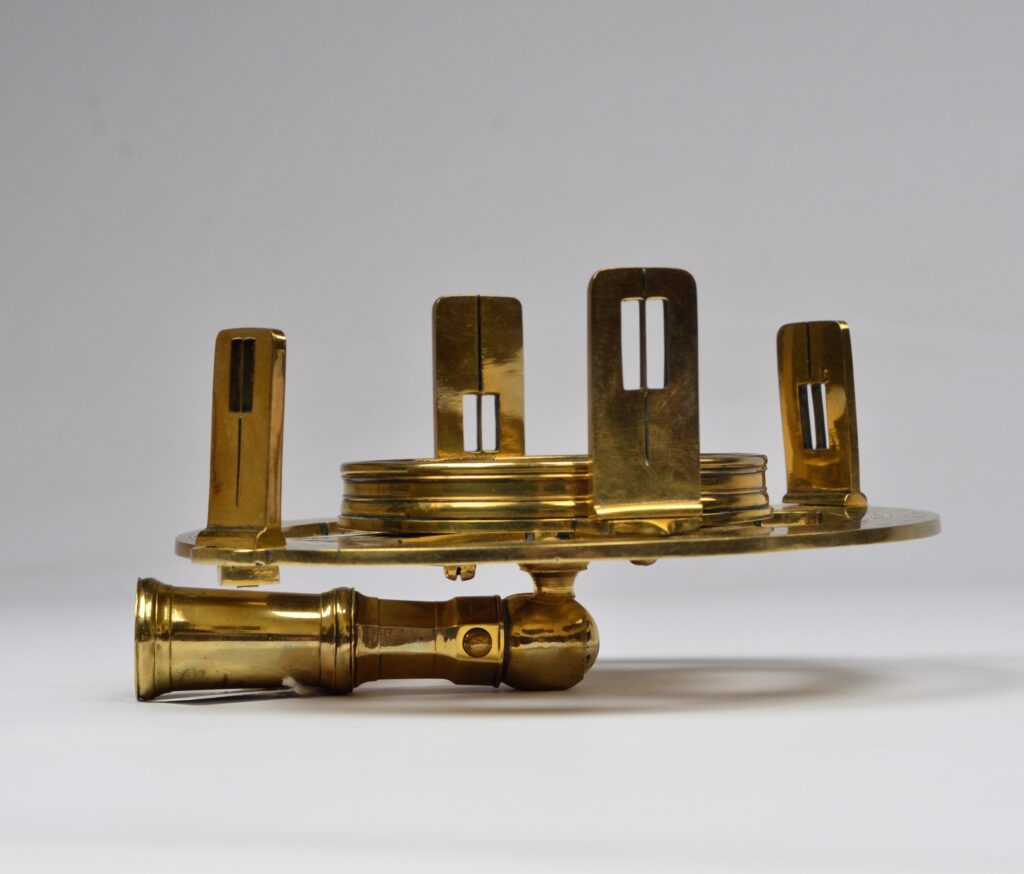 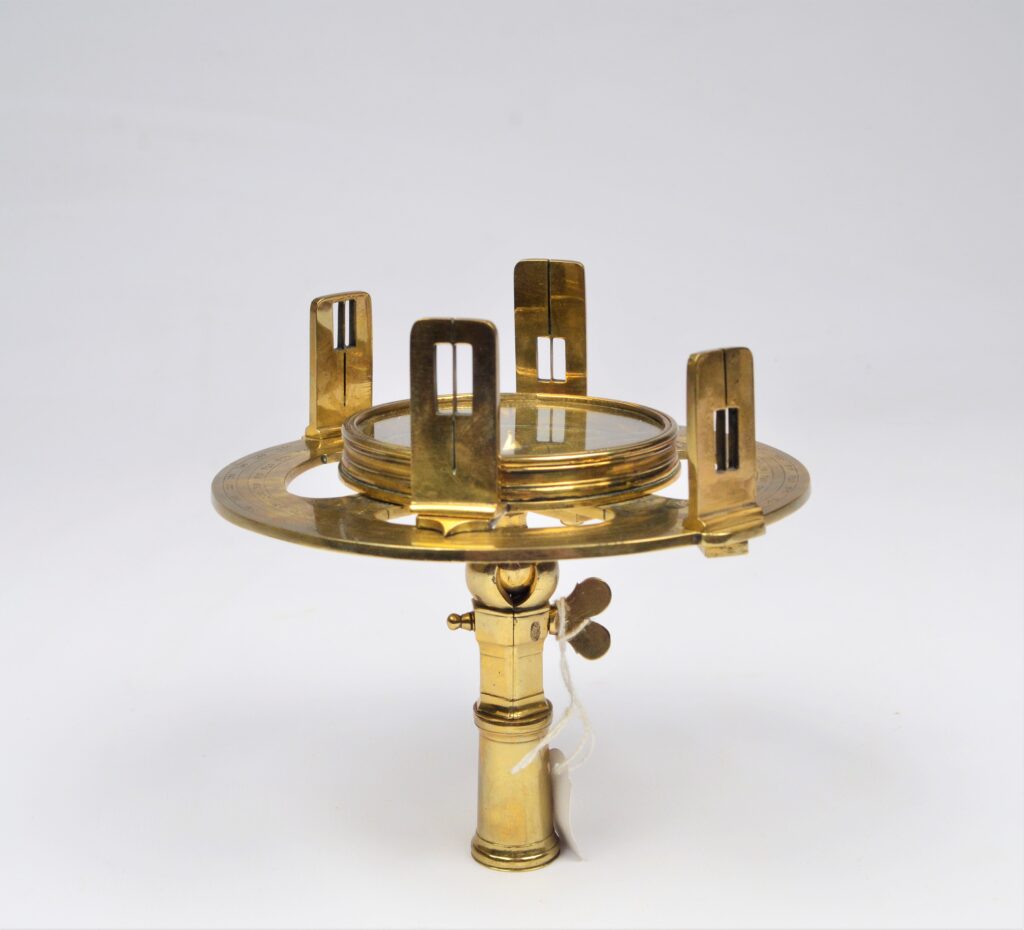 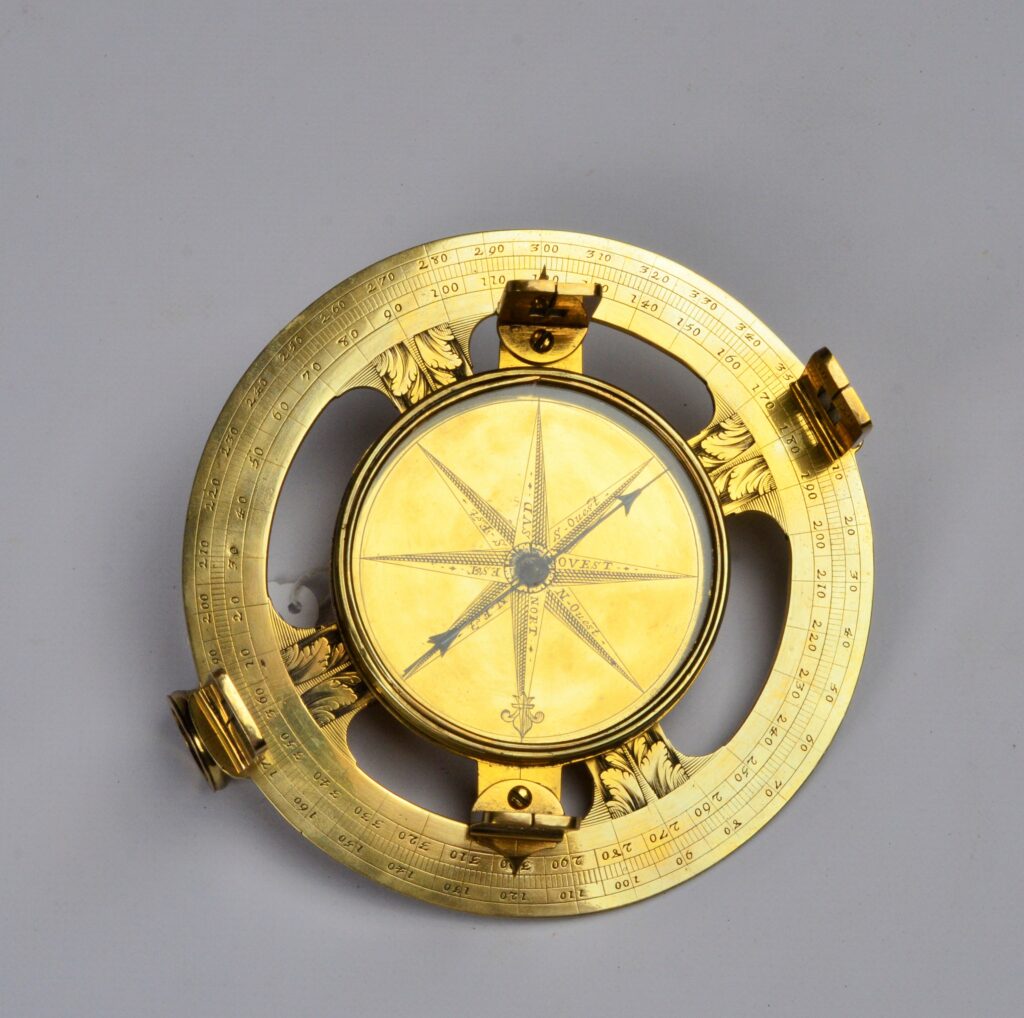 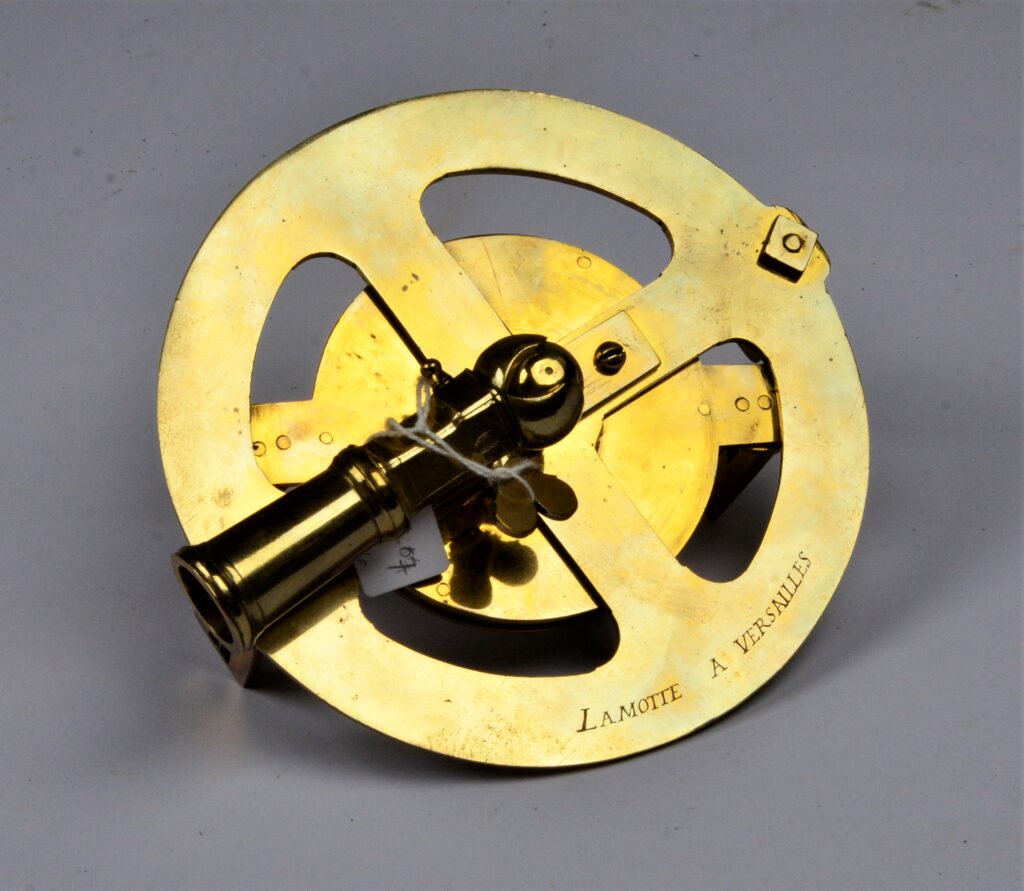 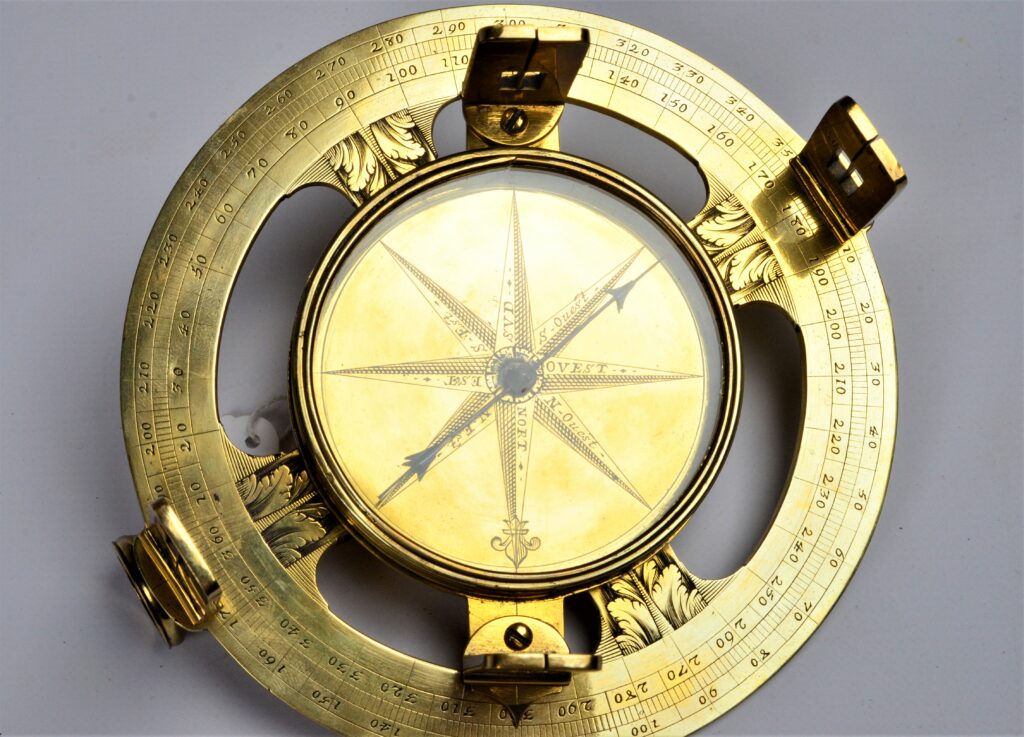 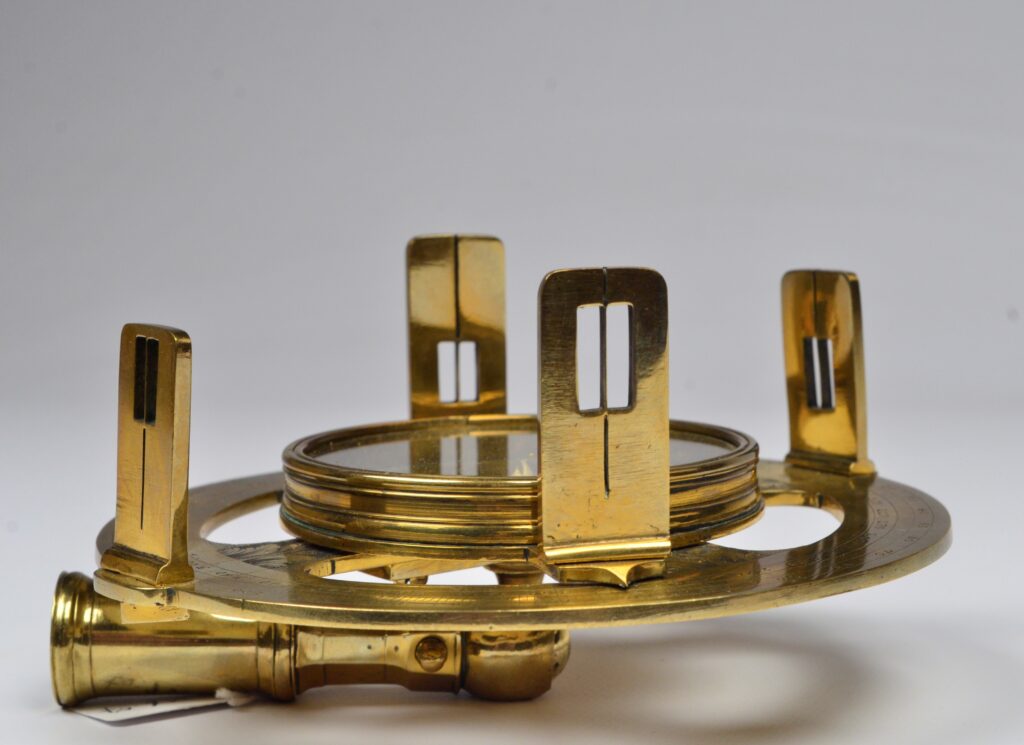 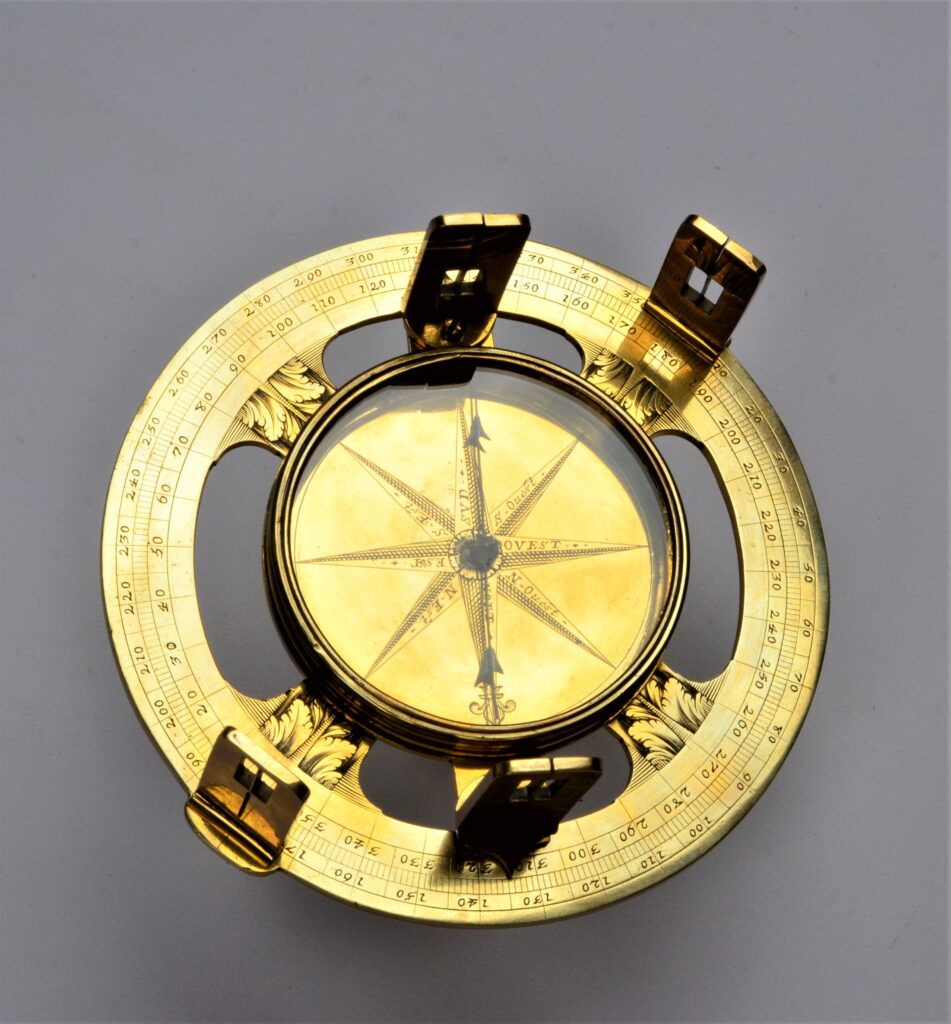 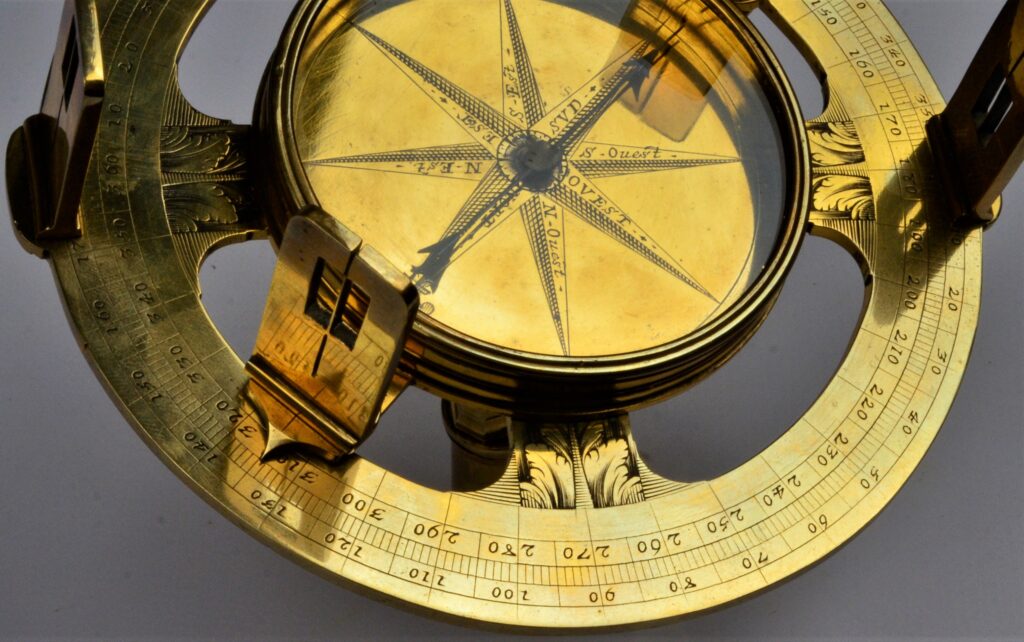 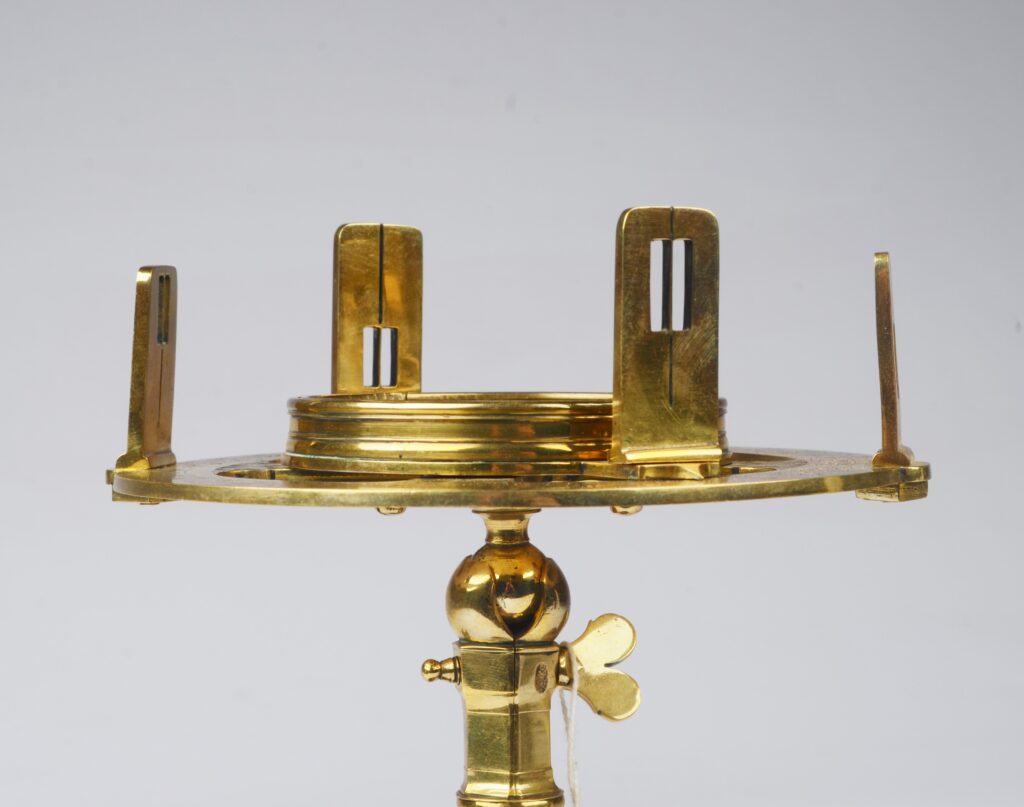 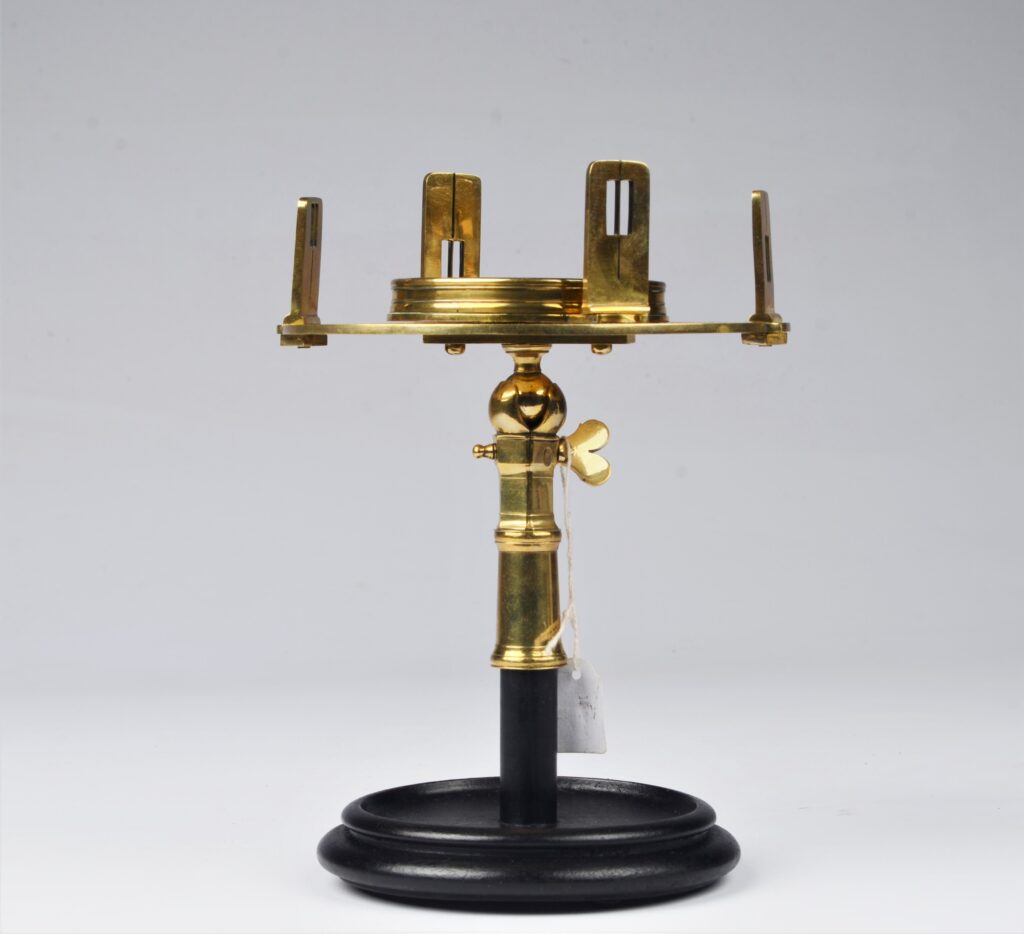