This A2 log without stabilizer came after the A1. Rotary slide twists to reveal three dials on porcelain face. The first registers the miles up to 100, the second registers the units up to 10 mile, the third registers quarters of a mile. The four rotor blades are stamped with anchor motif and initials T.W.
The production commenced in 1863 and ceased in 1919. Mainly used in steam powered high speed vessels such as used by the Royal Navy.
Details and design features suggest manufacture date around 1880.

The original chest of pine with cautions and the Walker sticker is also complete with signs of using and painted in romantic redbrown. 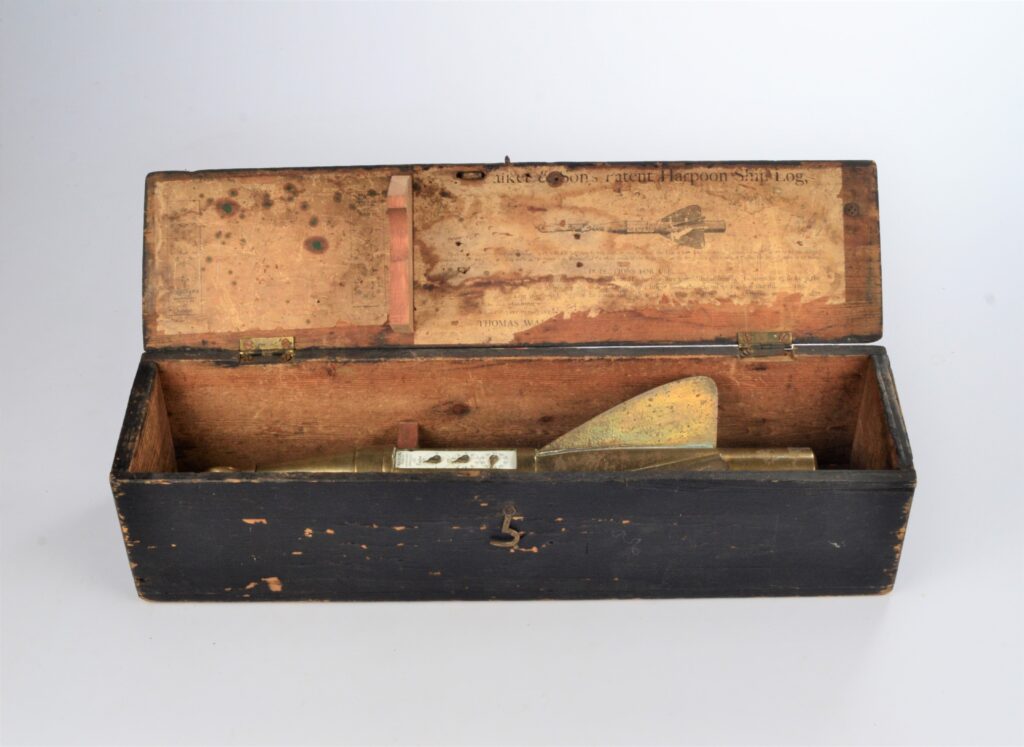 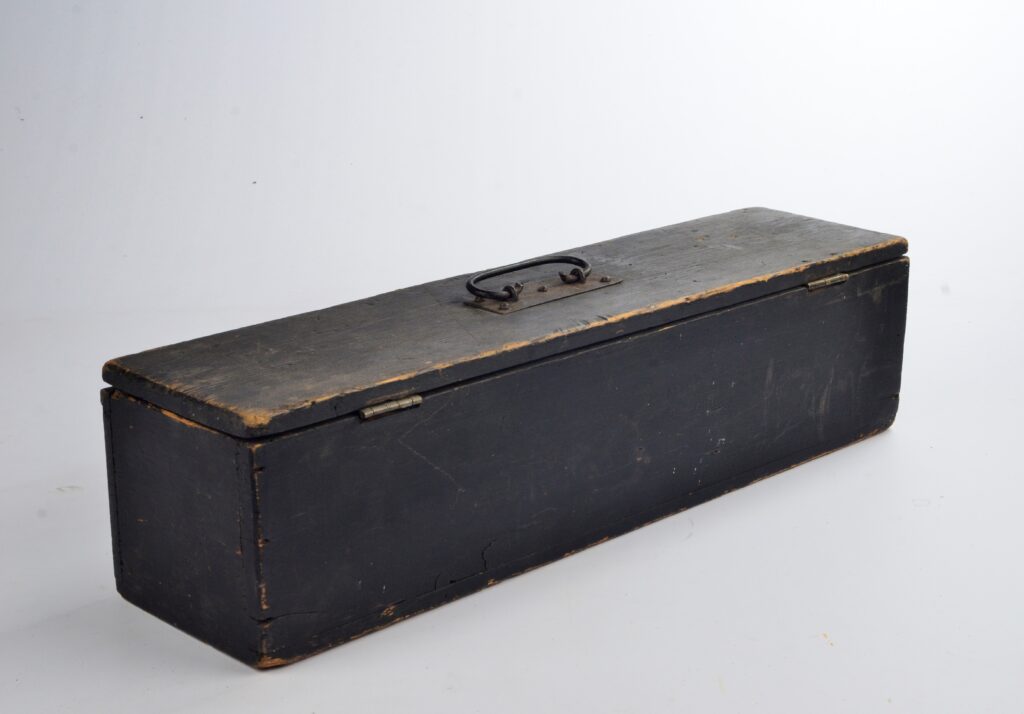 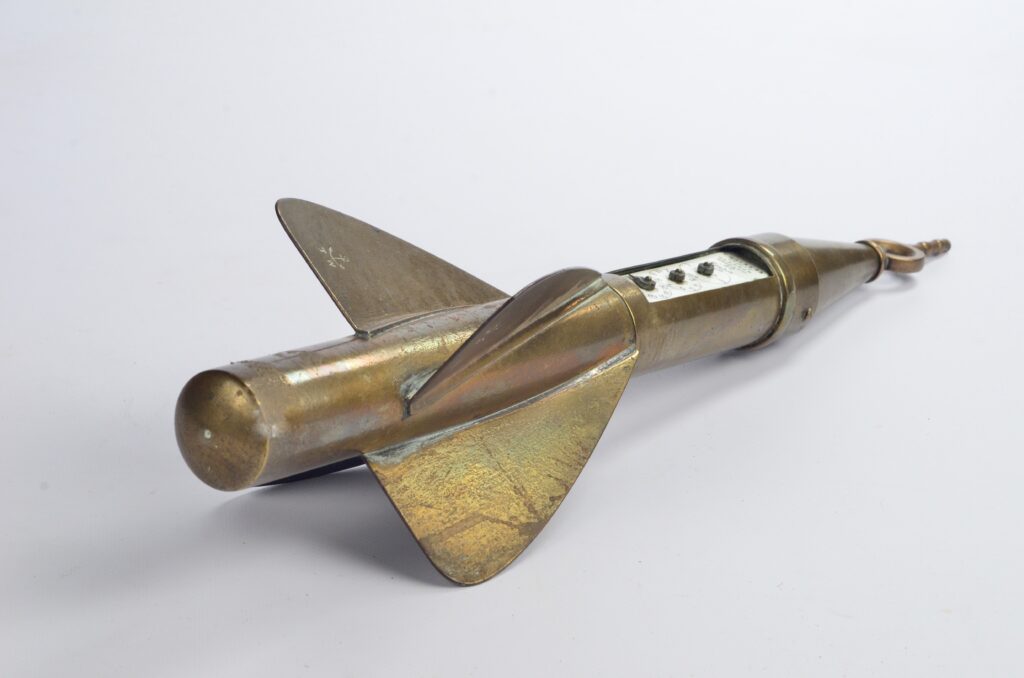 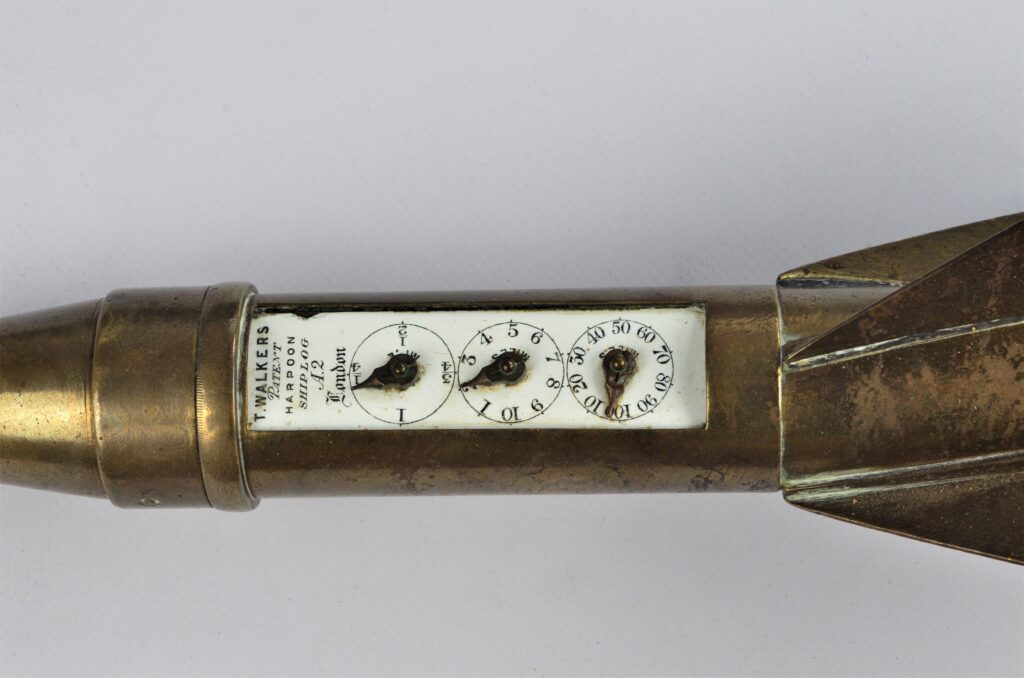 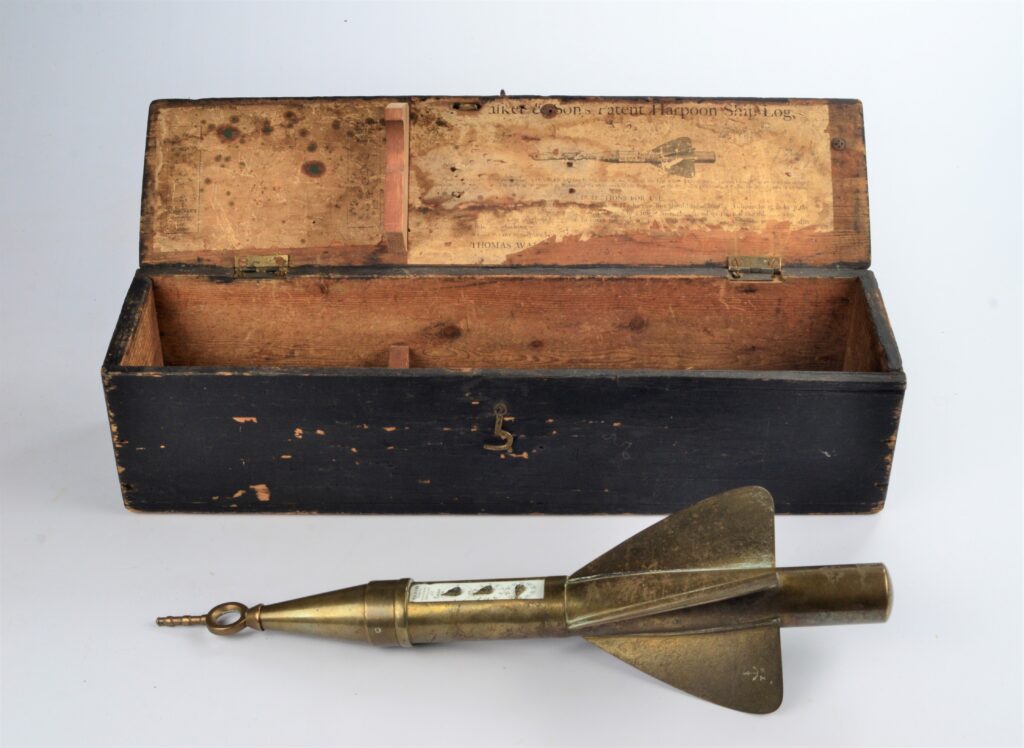 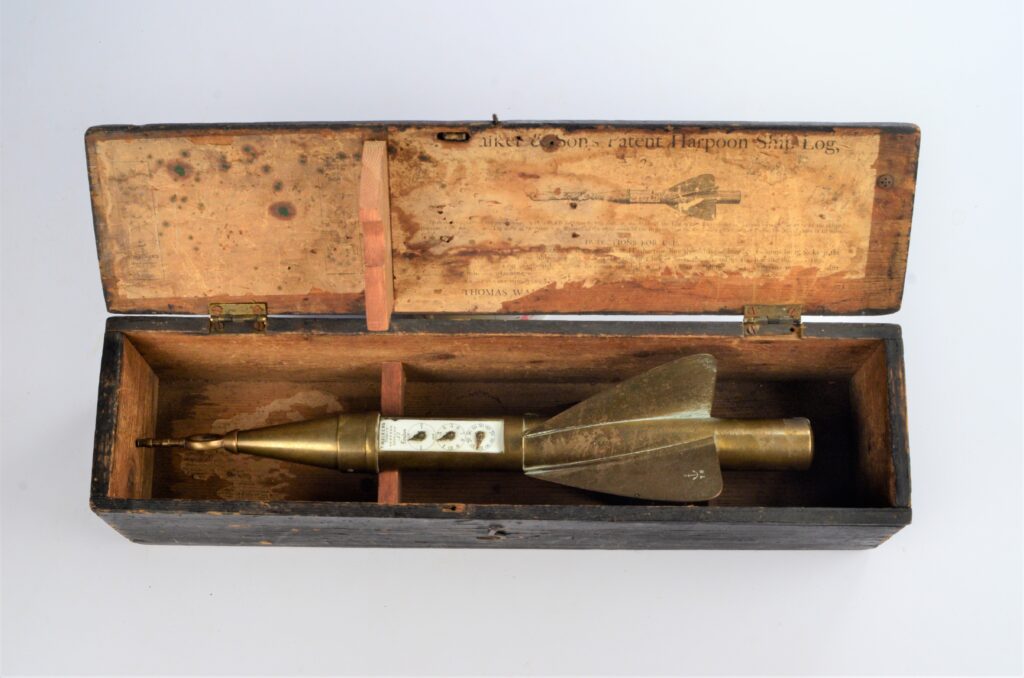 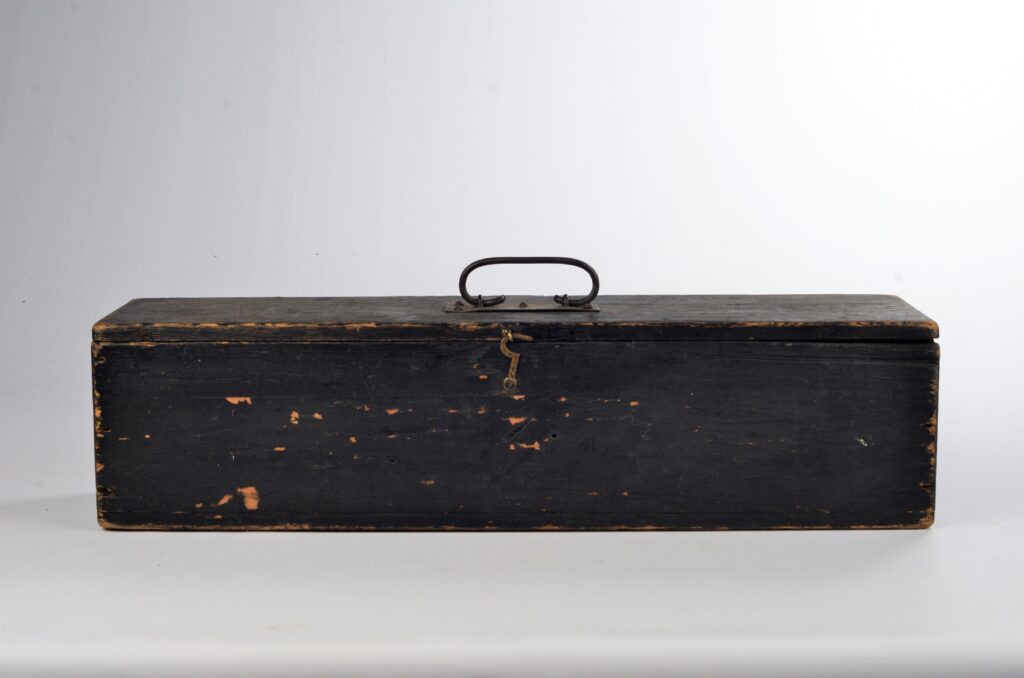