Early 20th century barocyclonometer or typhoon barometer. On board it is used as a means to determine the the position of the centre of a cyclone at a distance of several hundred miles and permits the calculation of the direction in which the riot of wind is moving. As such it’s is an aid to avoid typhoons. The instrument is described in popular Machanics of 1913.
The instrument is comprised of a robust barometer in a case with silvered dual ring mounted on a brass plate. The inner lid contains a diagram that shows the wind directions around the eye of a cyclone. The barometer indicates the barometric pressure on a scale from 28 to 31 inches. The outer ring can be turned depending the position on earth and the time of the year. The red arrow points to the average pressure. If the barometer needle is to the left of the red arrow, the vessel threatens to enter a cyclonic area.
With the aid of Buijs Ballot’s law, the relative direction of the center of the typhoon (or depression) can be determined: with the wind at your back, the center is on the left a few compass points forward than transverse. The diagram with a compass rose in the lid makes this clear. In the southern hemisphere, the center is on the right.
The barocyclonometer is invented by J. M. Algue (1856-1930) who worked as a meteorologist in the Observatory of Manila and released his first publication on his instrument in 1898. It’s a very rare instrument. 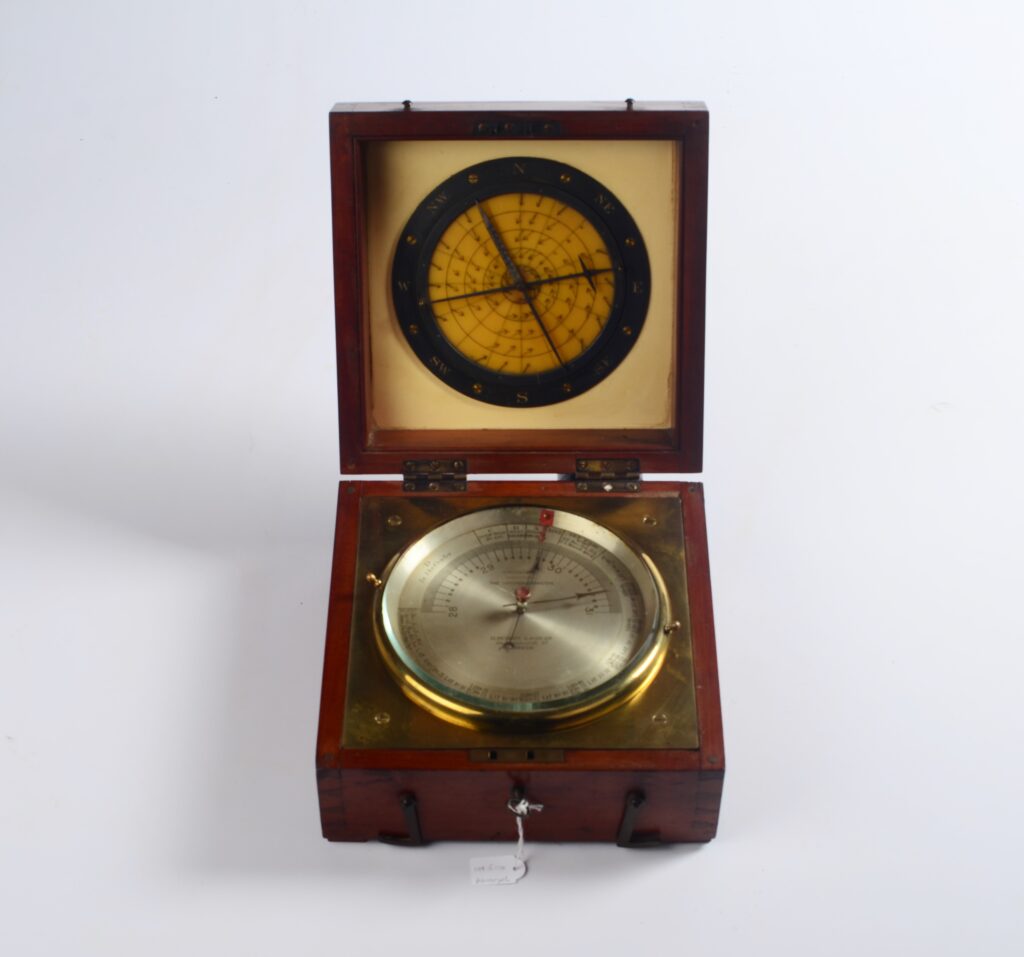 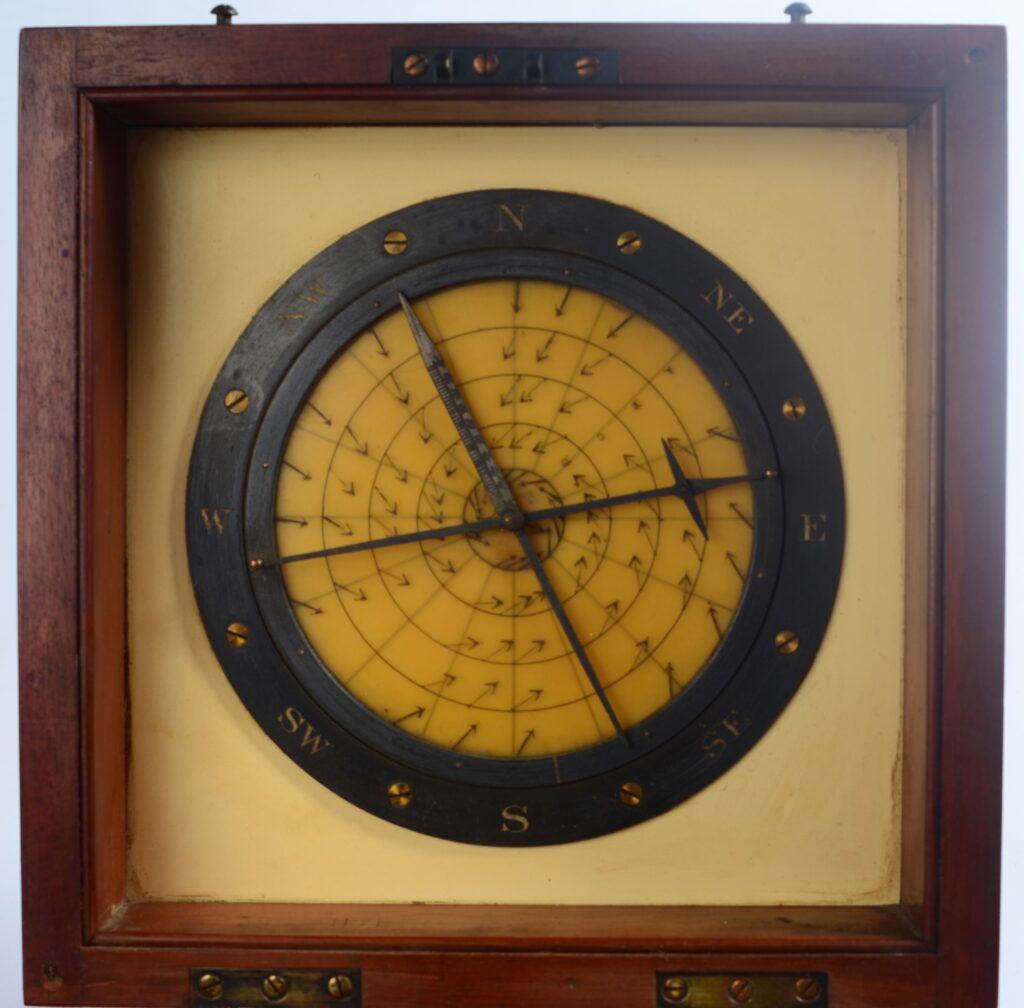 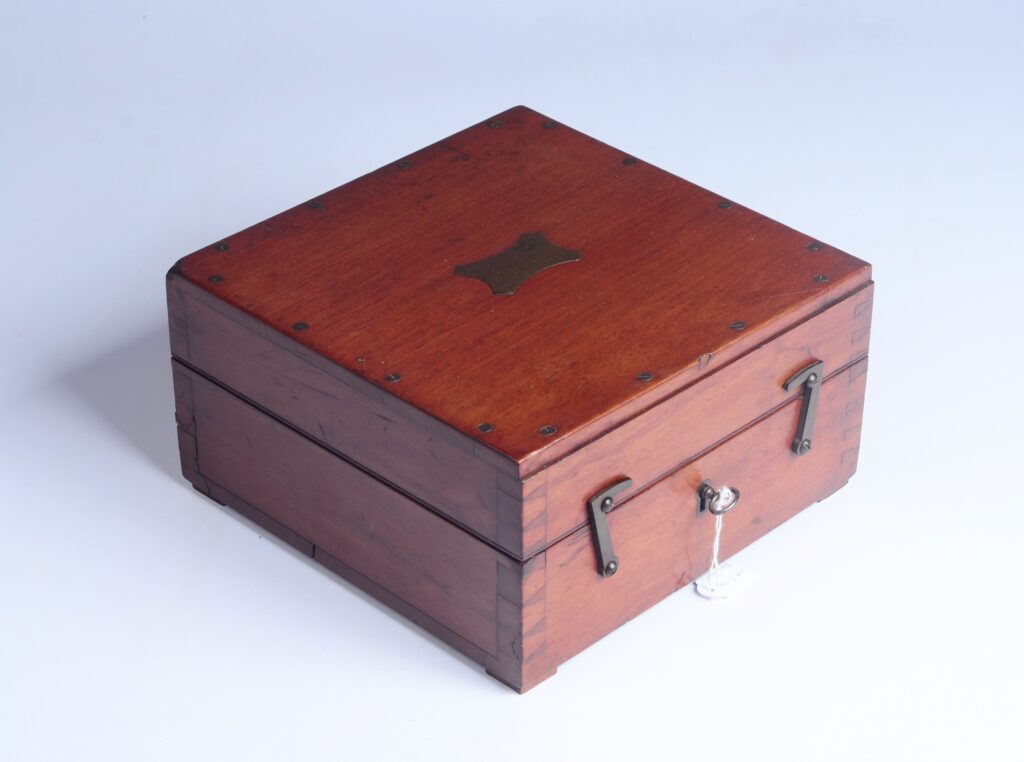 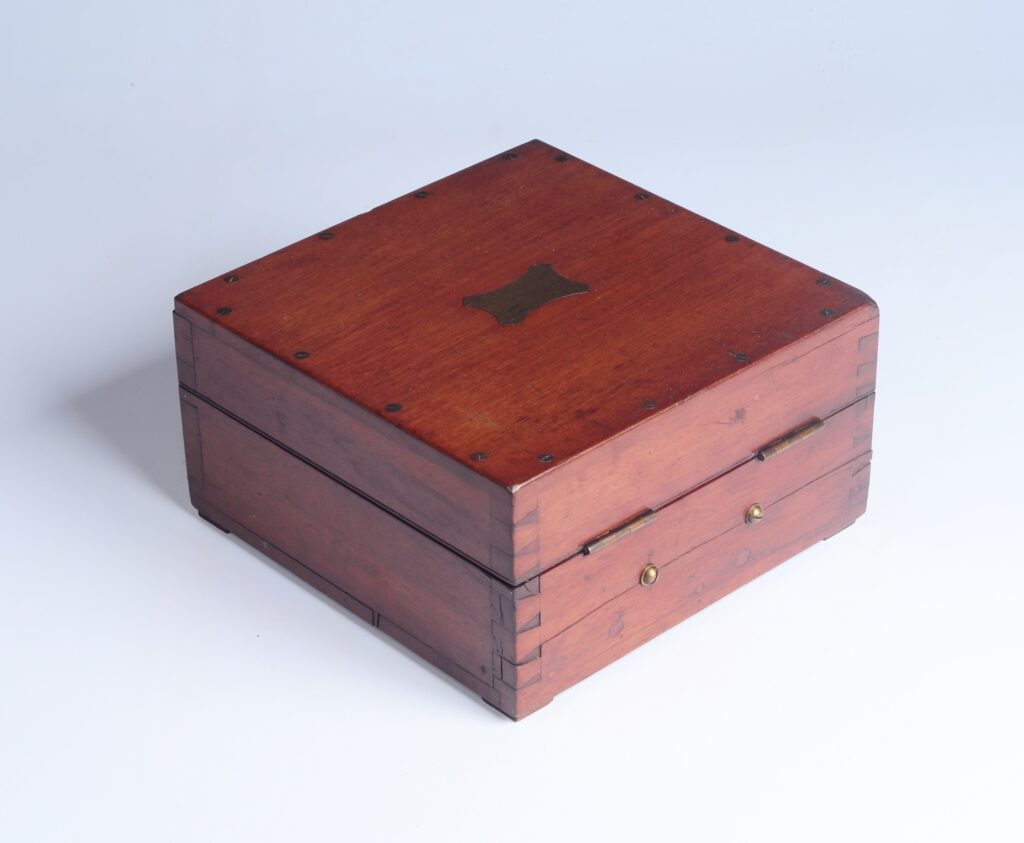 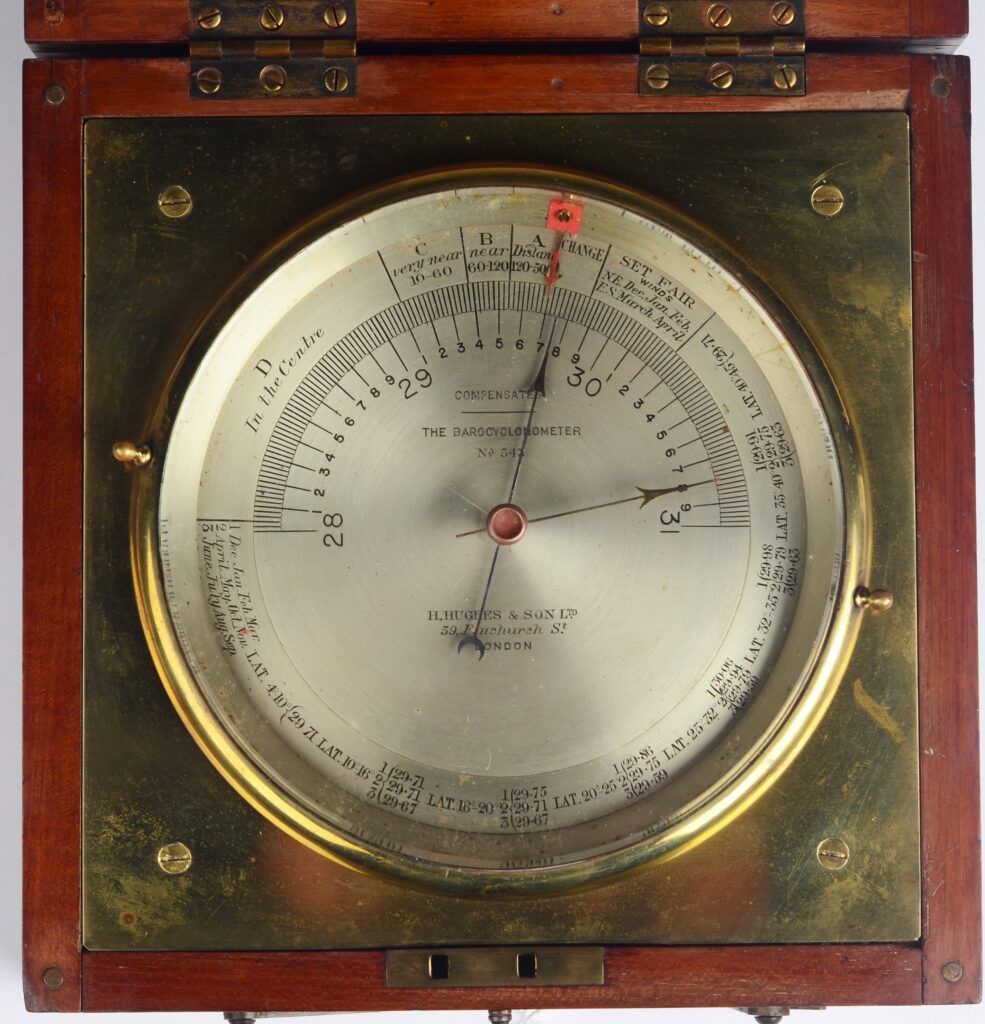 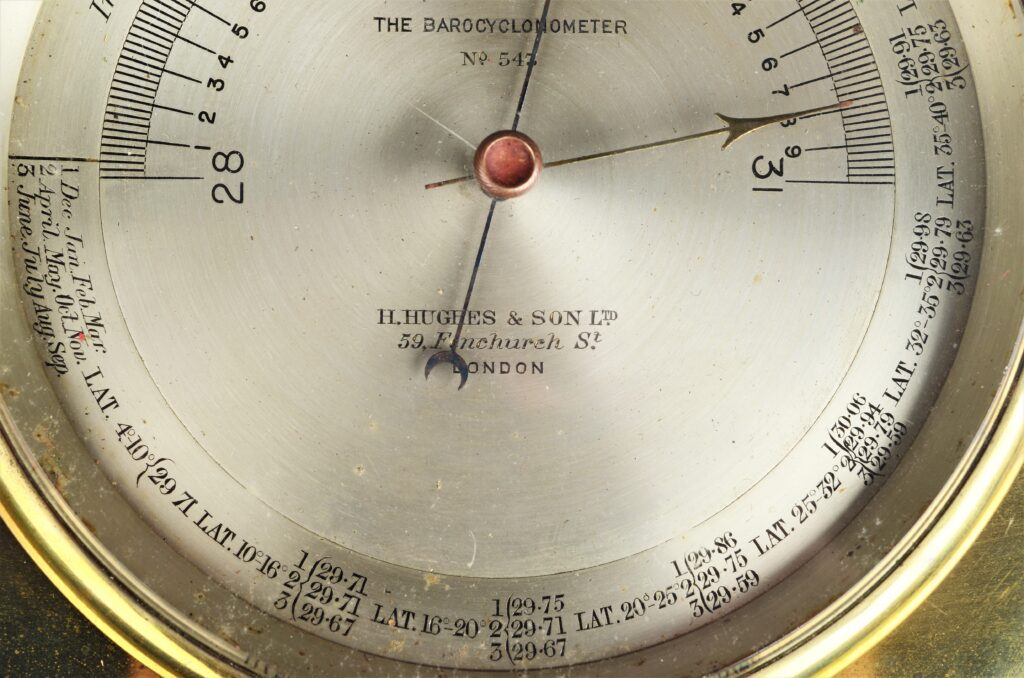 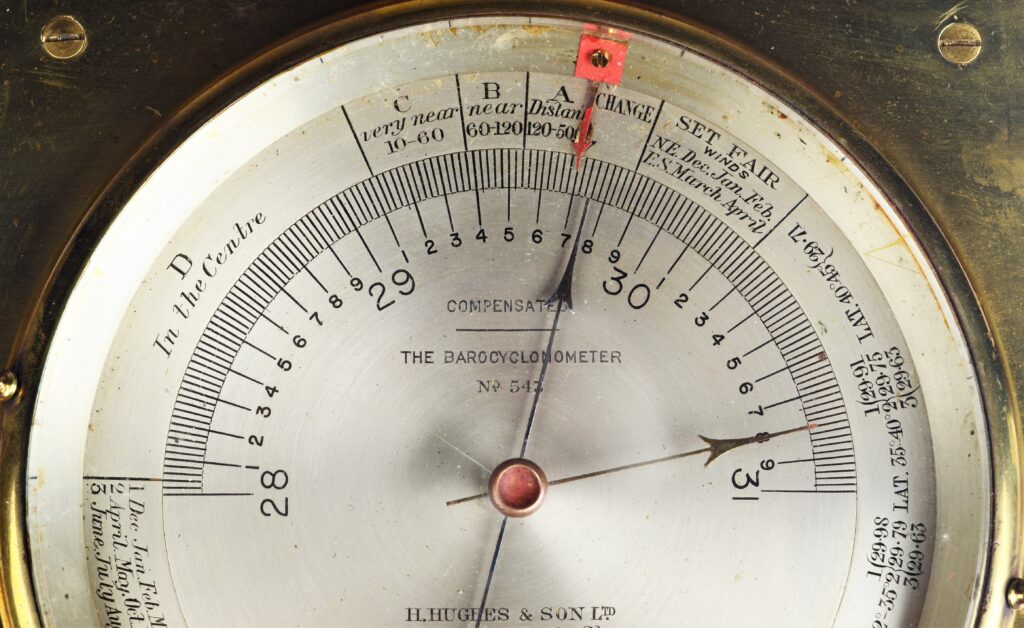