From the 17th century onwards people had made many attempts to devise a mechanical log which would automatically record the ships distance done. Edward Massey invented a mechanical log in 1802 with four blades which was used by the Admiralty from 1807-1815. When dragged behind the ship the log vins rotates and the revolutions were transformed in miles on the dials, to be read after the log was brought in. The design of Massey was further refined by Thomas Walker and Son, who took out a patent for the A1 Harpoon Log in 1861. Heath & Co., instrumentmakers in London from 1845-1910, made only a few harpoonlogs based on Walkers patent of 1861, also with stabilizer.
A1 refers probably to the A1 specifications of Lloyds Shipping Insurance as being the best that could be produced.

On the log with original rope, there are three dials, the first registers the miles up to 100, the second registers the units up to 10 mile, the third registers quarters of a mile. The five rotor blades are marked with the anchor from T.W. The original pine case with cautions and the Walker sticker is also complete but with signs of using. 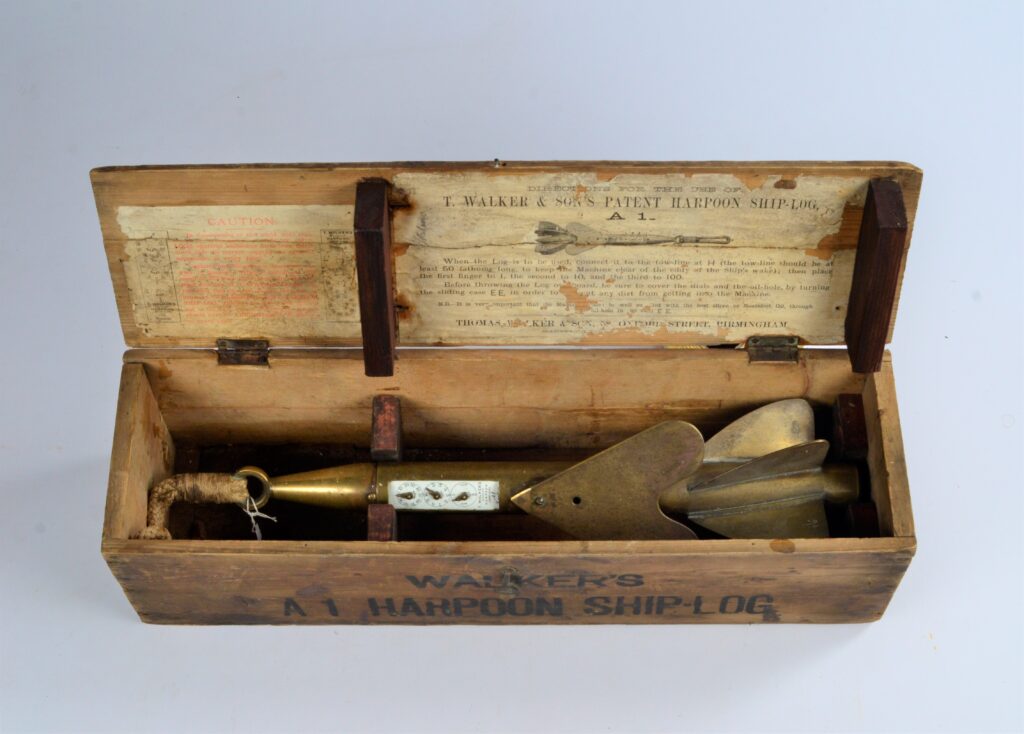 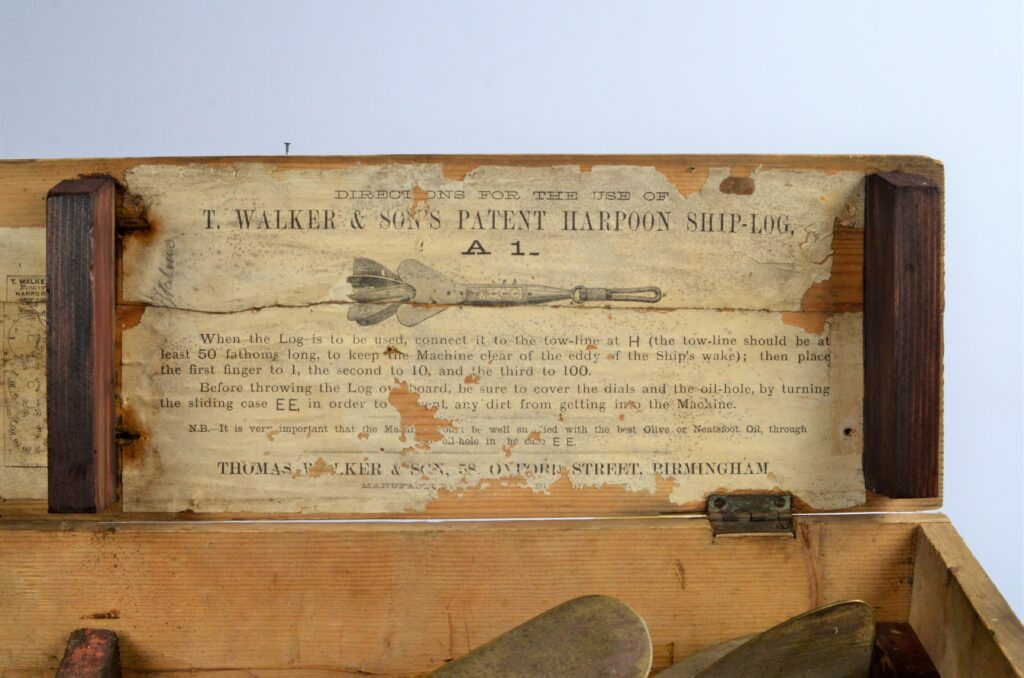 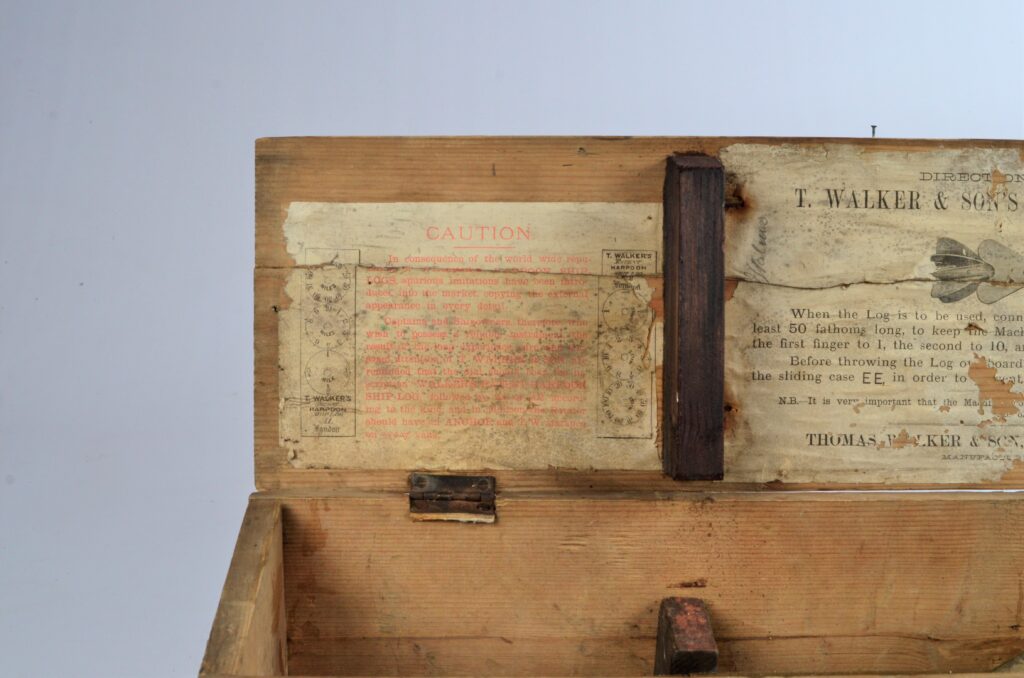 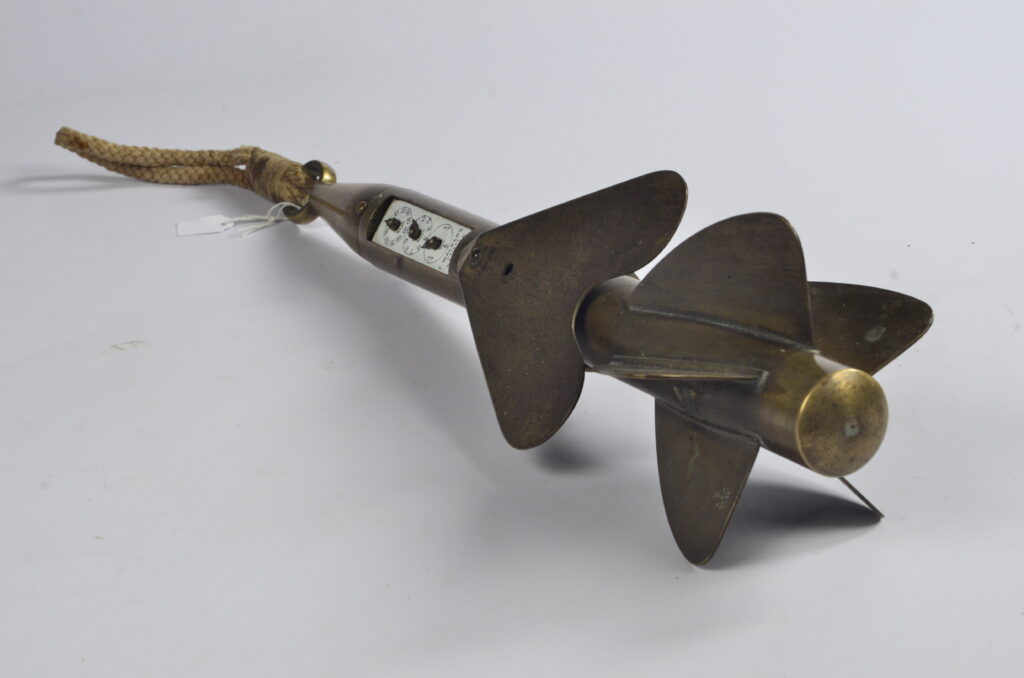 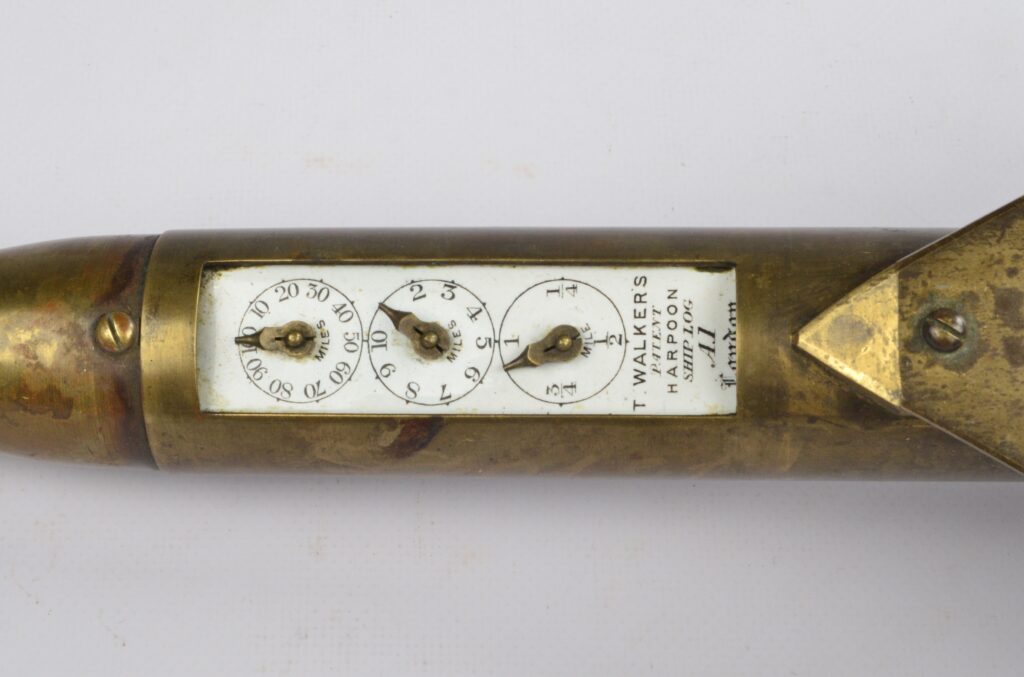 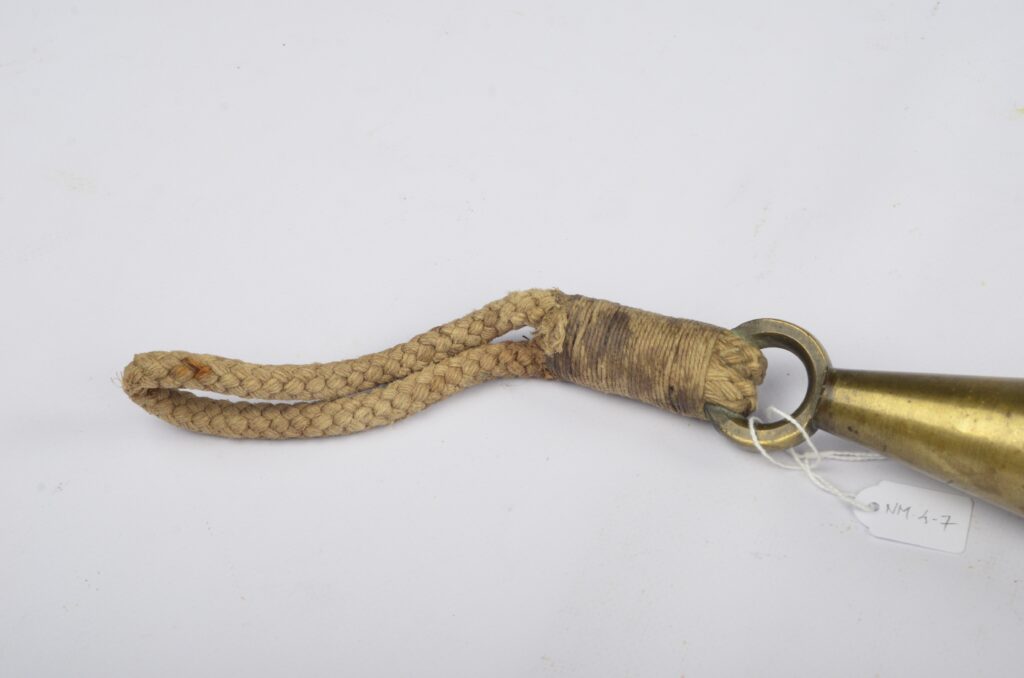 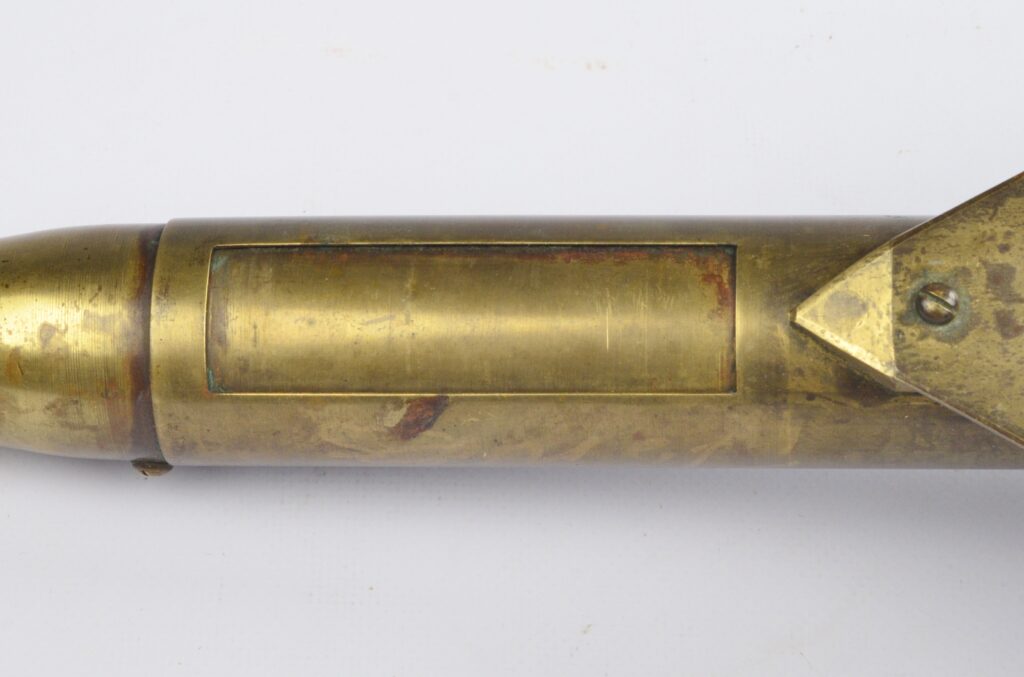 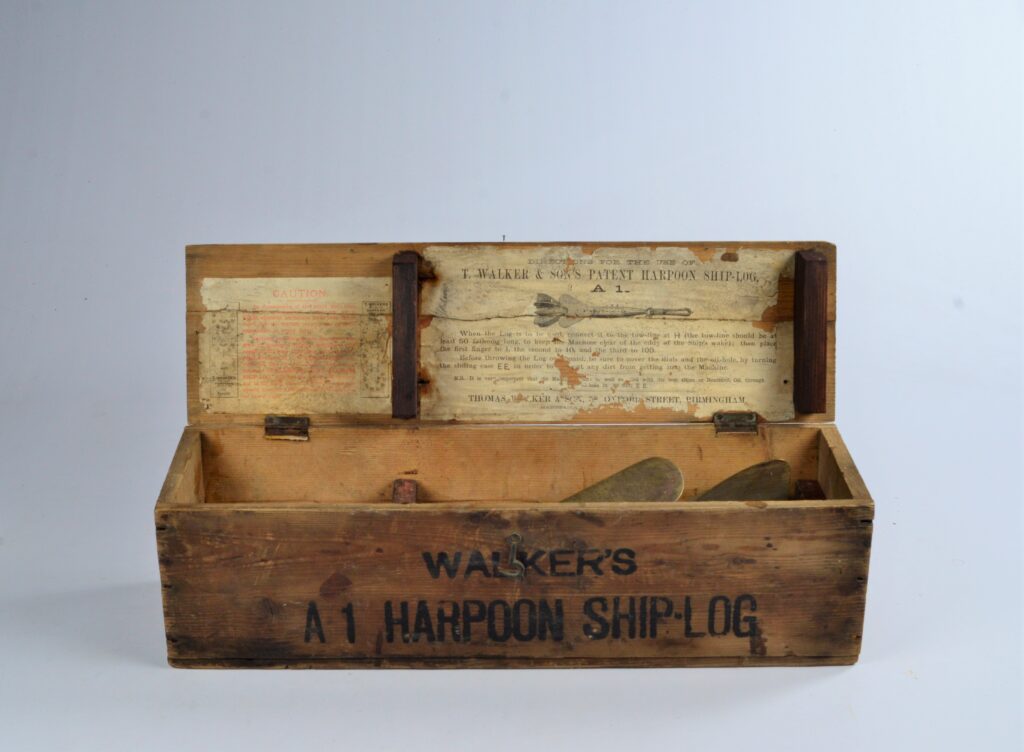