An early and interesting three mirror octant with Vernier nonius, made by or for S. Williams at Hull in 1767.

The first octant was created by Headly in 1731. In Great-Britain and North-America the instrument was called the Hadley’s quadrant to distinguish it from the Davis quadrant. Headly got in 1734 a patent for eleven years. Immediately after it came to an end other instrumentmakers started with making octants.
This octant is an early ebony one. The graduated scale is made of ivory with a Vernier nonius. The engraving is made by hand. At the graduation every degree is divided in parts of 20 minutes. The Vernier nonius is divided in twenty equal parts. The accuracy of reading with this nonius is one minute.
Both peepsights have two holes. The central ones for direct observation of the sun, the other ones, just outside the path of rays, could be used in stead of the sunshades to weaken the sunligth.

The lower horizon mirror and peepsight were used for backward observation. As the horizon just below the sun was invisible, in this way it was possible to use the opposite horizon. The instrument was used back to front. The observer had the sun in his back. The sunshades moved to the lower position.

This beautiful instrument with nice patin, is complete and in a fine condition, with three mirrors, two peep sights and three sunshades. On the backside three brass legs and the adjusing-screws.
The mirror table of this octant is also made of ebony. Octants of a later date have brass ones. The nonius does not have a double scale anymore but still has the wide of a double scale. 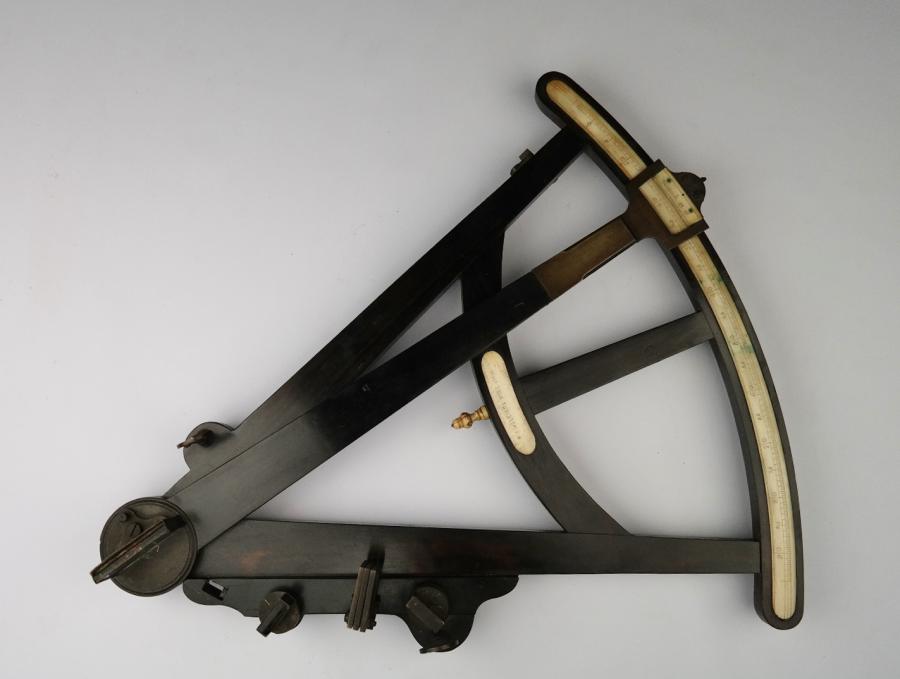 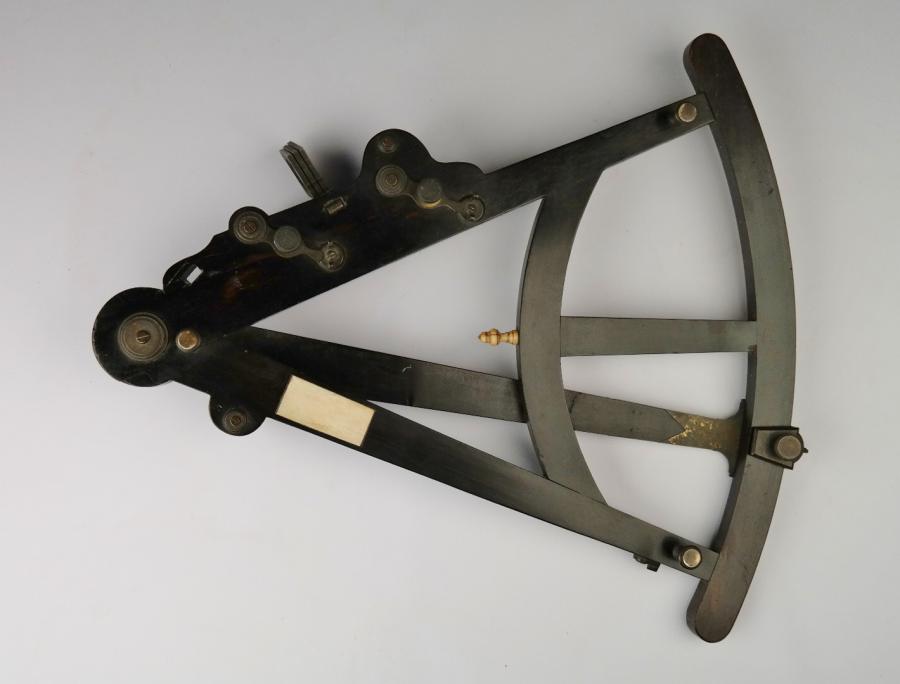 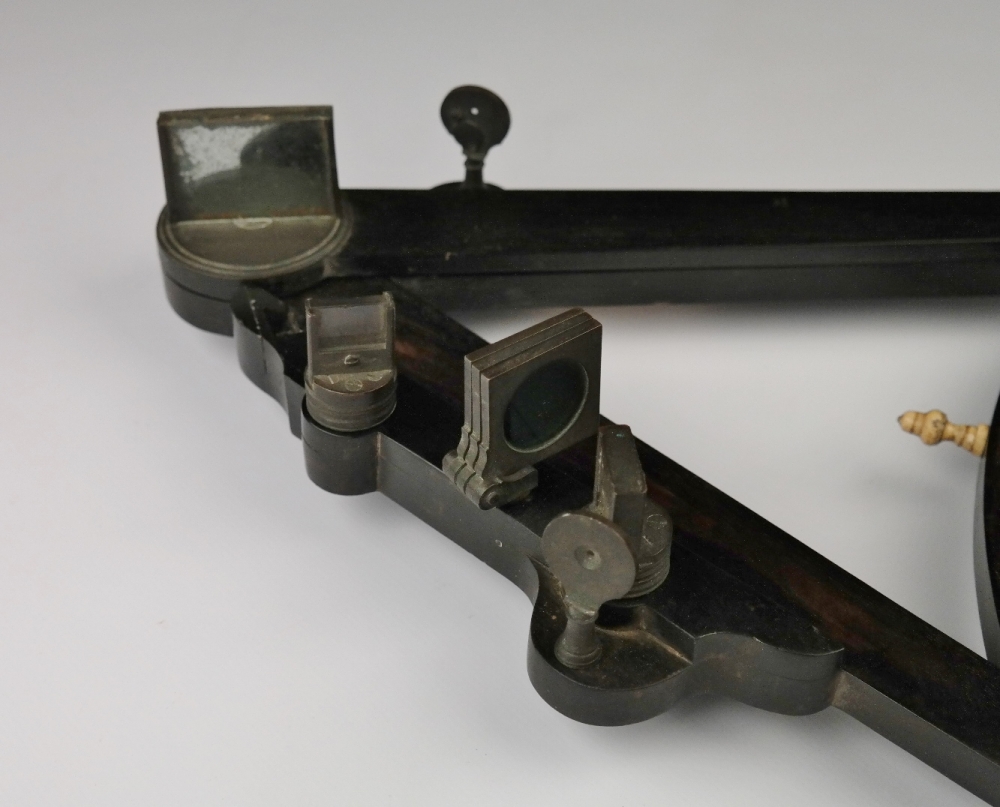 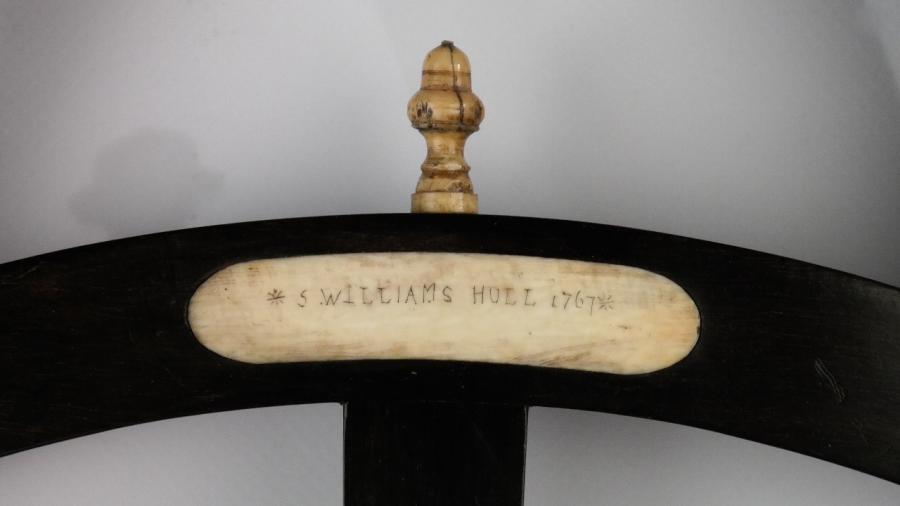 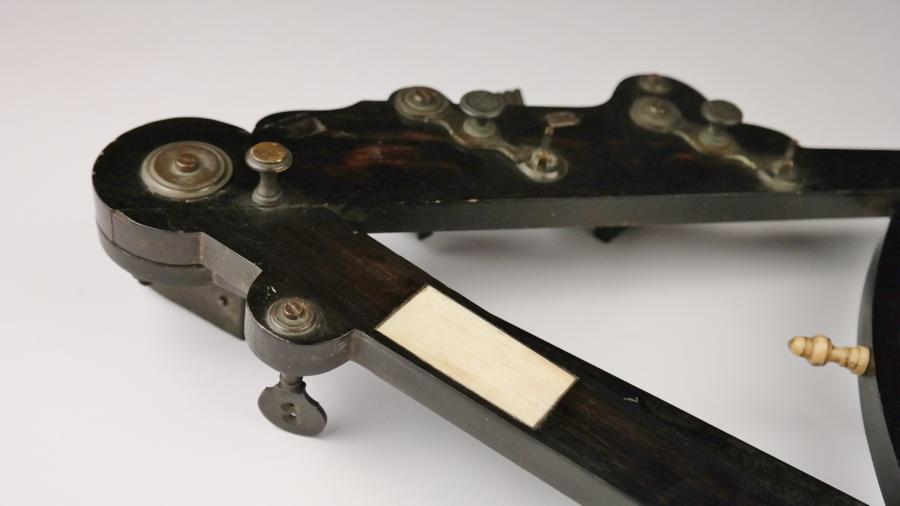 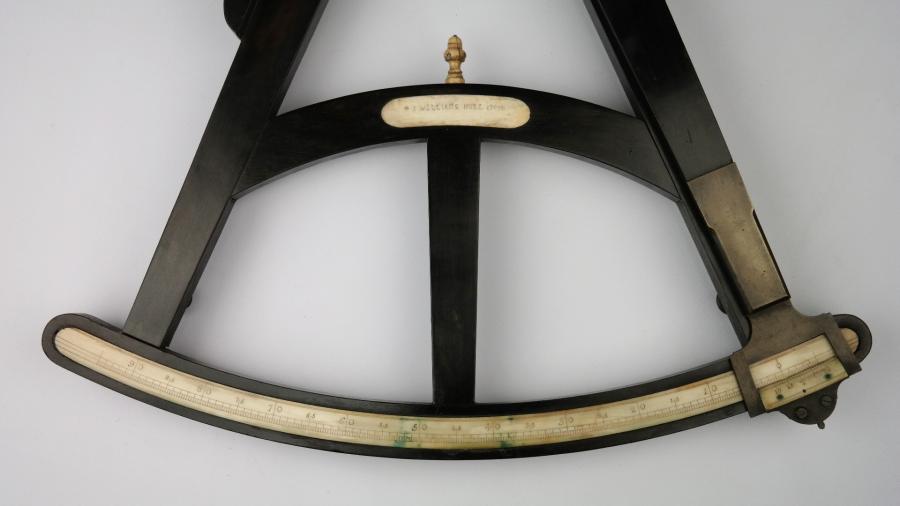 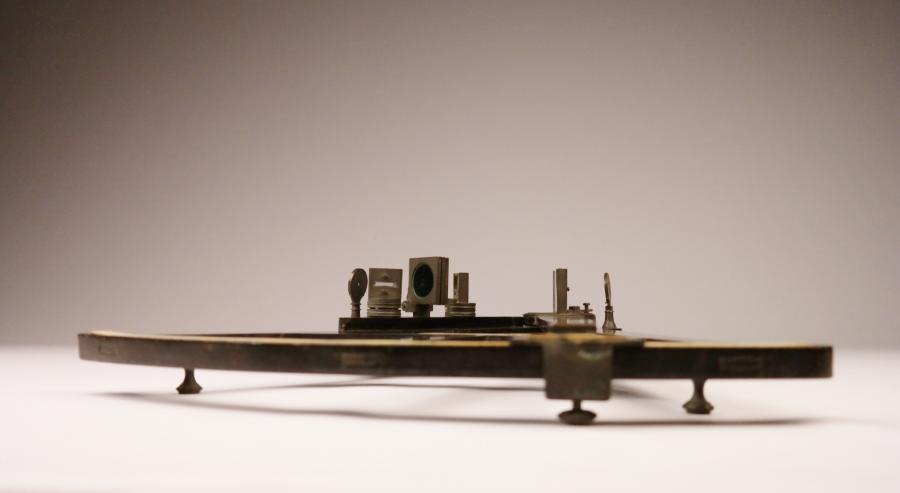 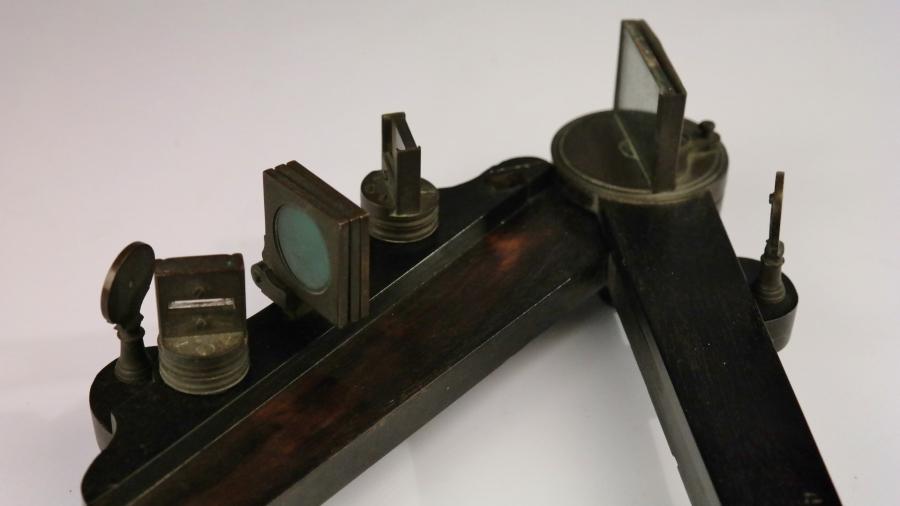 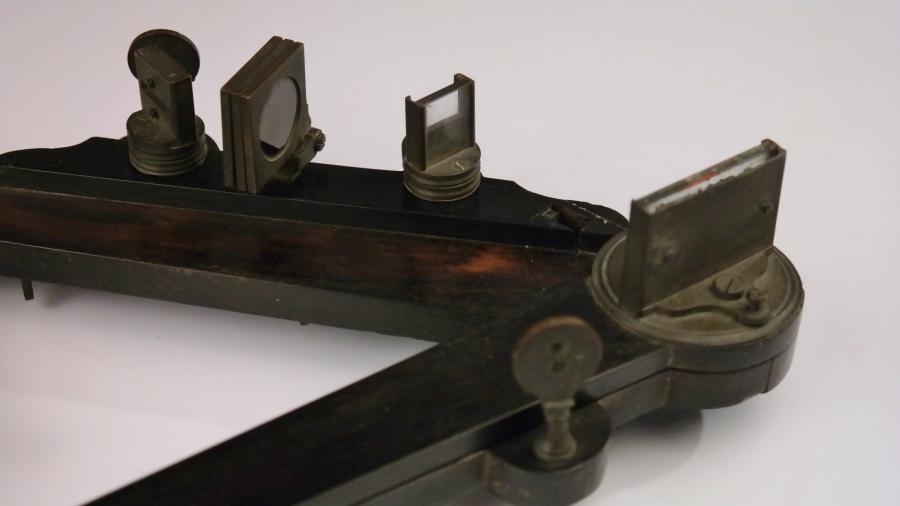 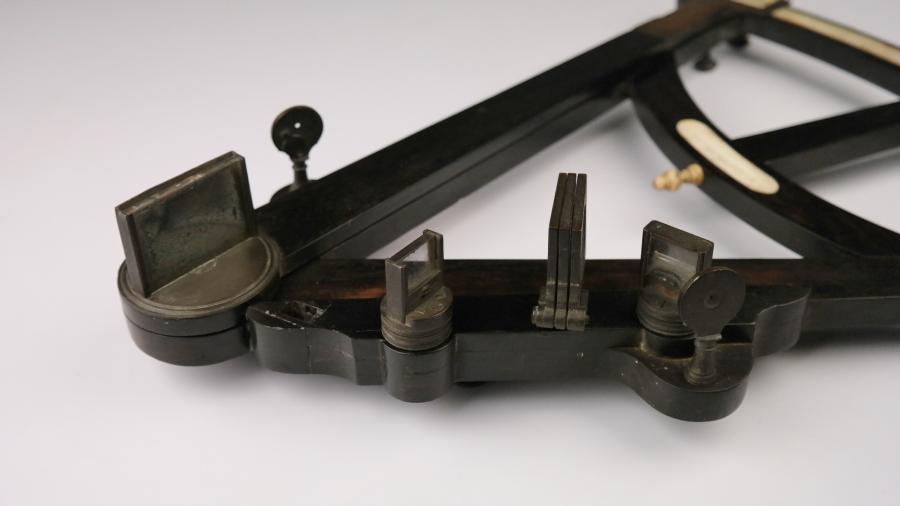 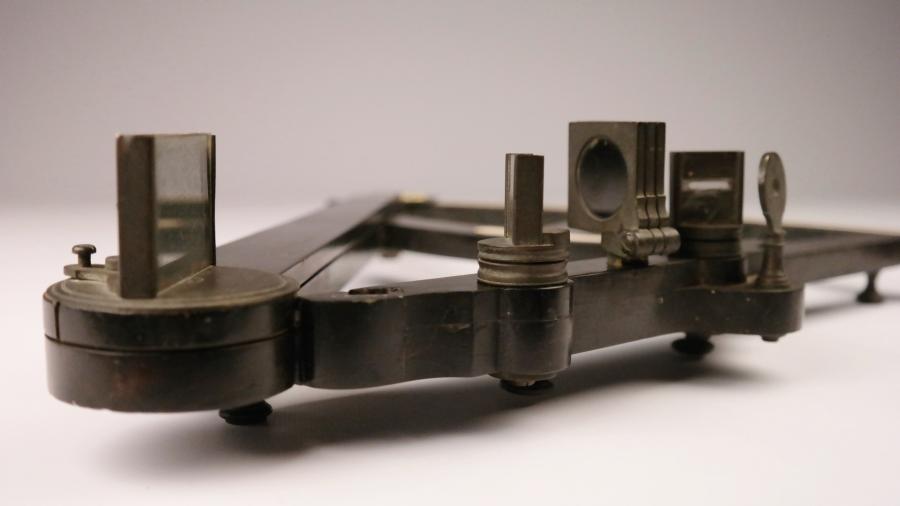 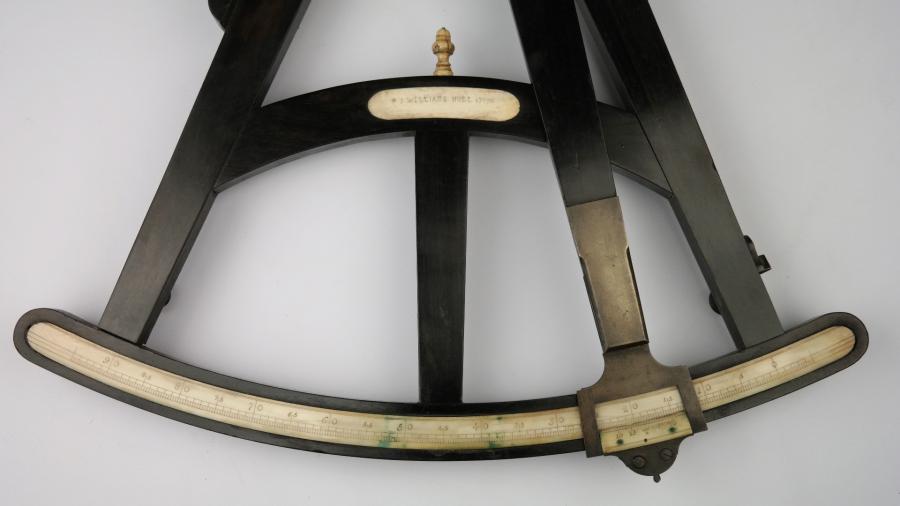 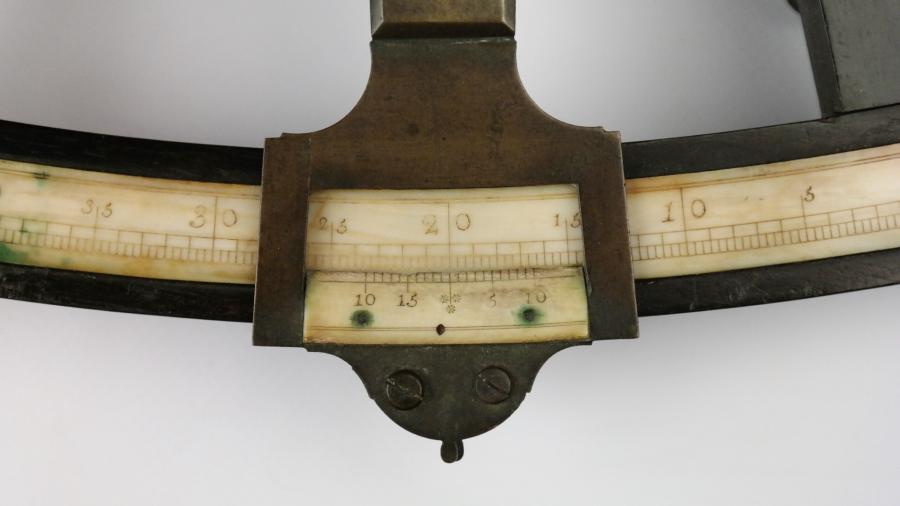