A gorgeous pair of globes, two centuries old, with brass meridian and wooden horizon, published by John and William Cary, known as the greatest globe makers of their era. The celestial globe dates 1816, the date of the terrestrial globe is hidden. The globes rest on ebonized stands, Regency period. In the globes there are stabilisation pellets that function as a brake on the rotational movement. The horizons show the amplitude, wind directions, names of the constellations of the Zodiac and a calendar with the month of the year.

In a cartouche on the terrestrial globe is inscribed:

C A R Y ’ s
NEW
TERRESTRIAL GLOBE
DELINEATED
From the best Authorities extant;
Exhibiting the late Discoveries towards the
NORTH POLE
and every improvement in Geography
to the present time
LONDON

The terrestrial globe shows the Table of Equatation, showing the differences in time between clock and sun, in the Pacific Ocean. It shows the voyages of Vancouver in 1792, of De la Perouse in 1786 and of Captain Cook in 1771 and 1778 in the days of exploration. Antartic is still unknown. Some vulcano’s are depicted and even the Chinese Wall has shown.

Date and the name of the publishers (Published J.& W. or G. & J. Cary, St. James Street) are hidden under the label of retailer YEATES & SON, Dublin.

The celestial globe is inscribed in a cartouche:

C A R Y ’ s
NEW CELESTIAL GLOBE,
ON WHICH
are correctly laid down upwards of 3500 stars
selected from the most accurate observations
and calculated for the year 1800.
With the exient of each Constellation precisely defined
by Mr.Gilpin of the ROYAL SOCIETY
Made and sold by J.&W. Cary Strand London Jan 1.1816

The size of the depicted stars is related to their brightness, displayed in a table with magnitudes. The zodiac signs are going together with beautiful drawings in weak colors. The names are in latin Corona, Taurus, Leo, Lynx and so on. 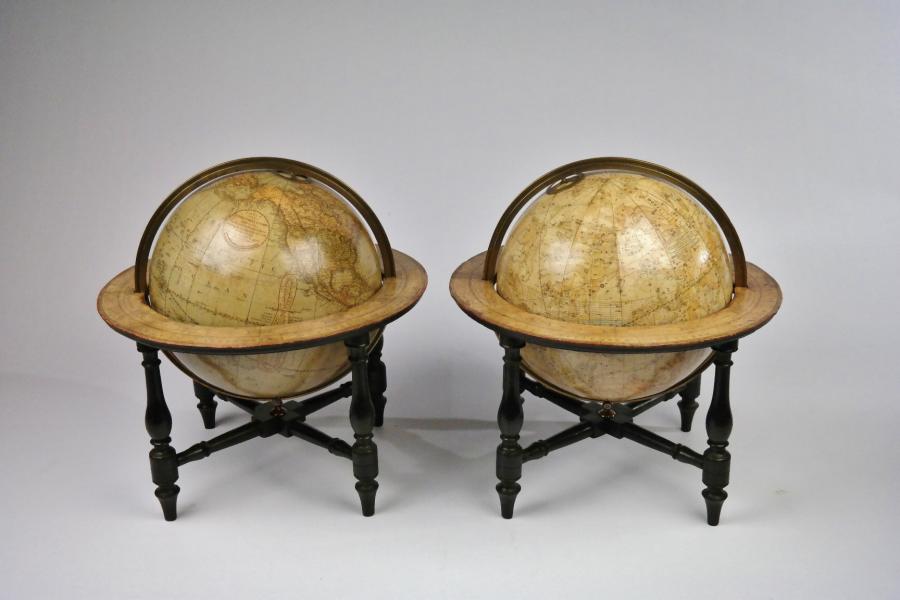 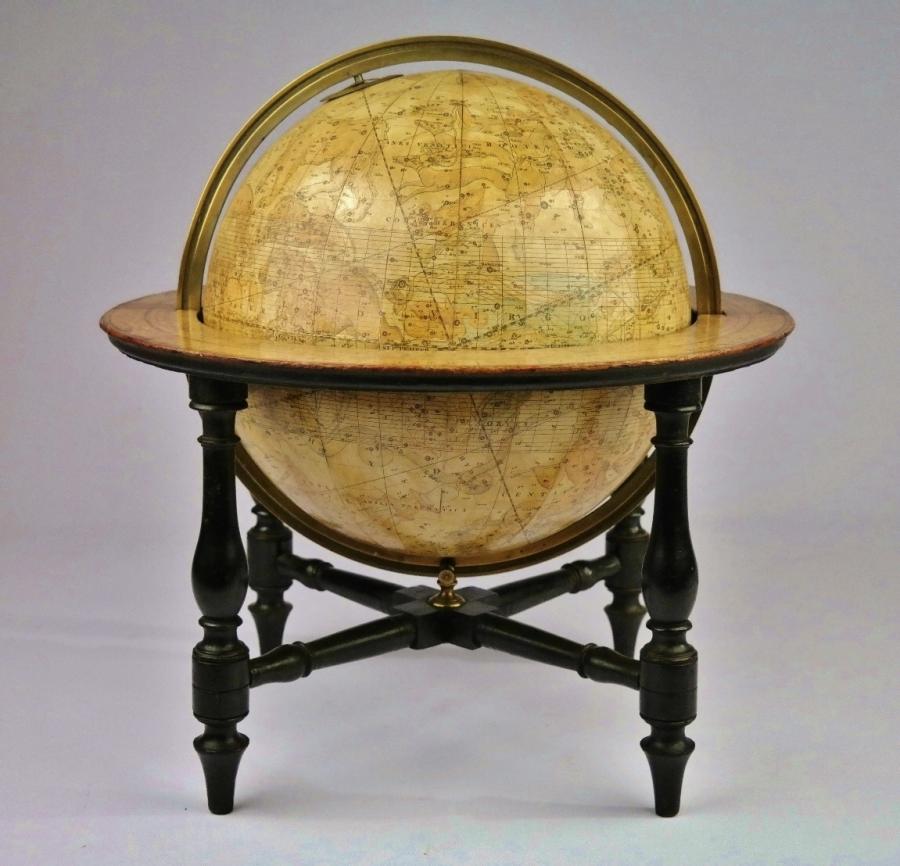 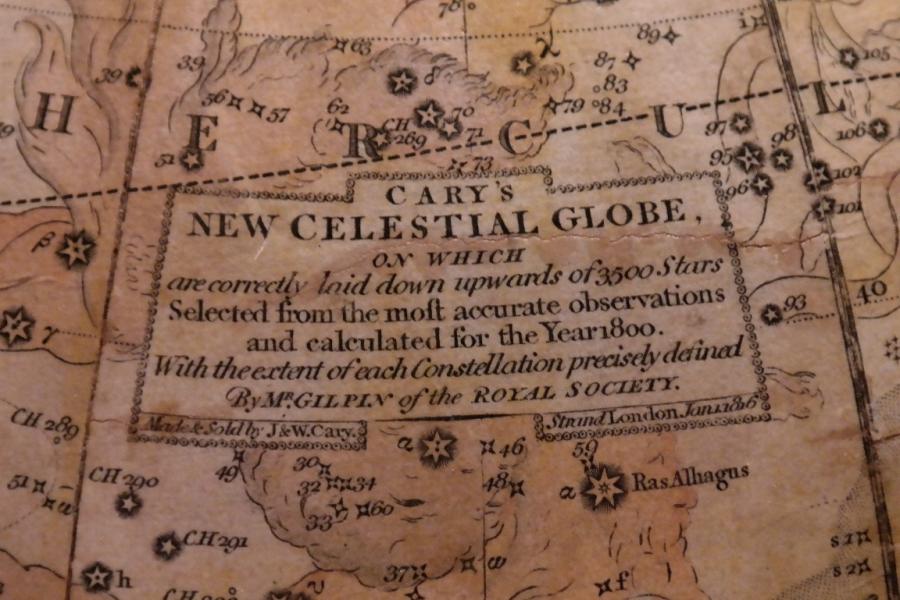 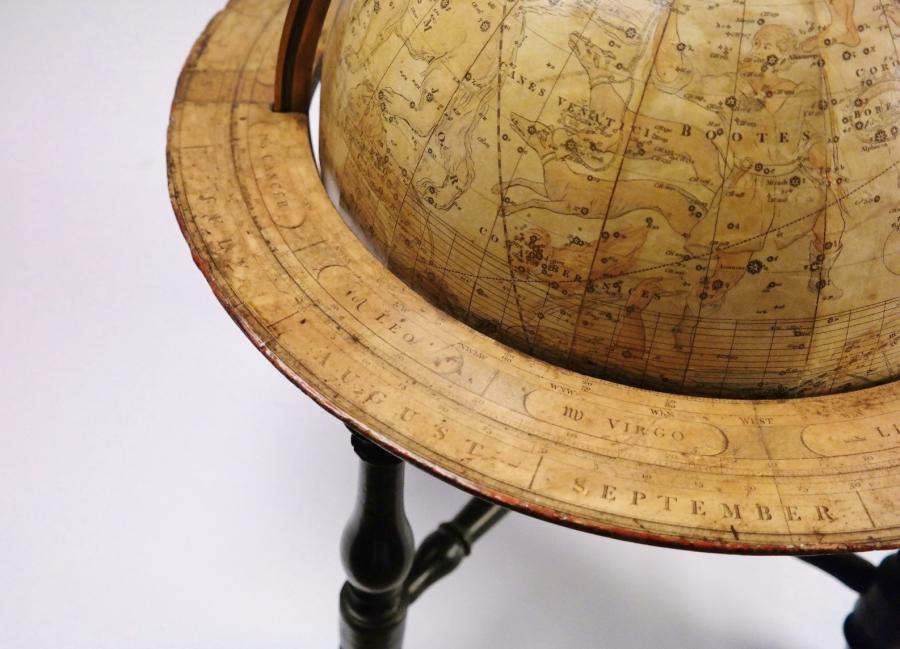 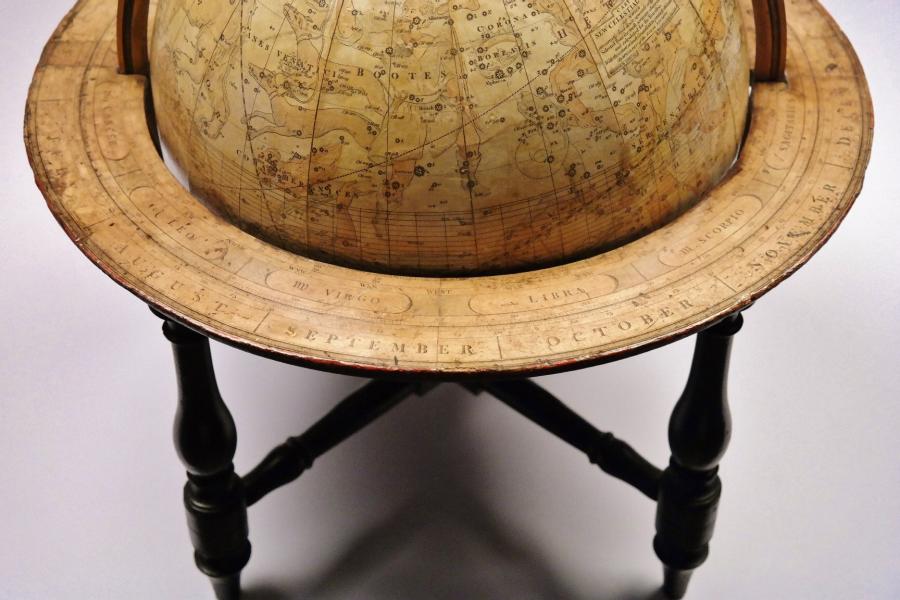 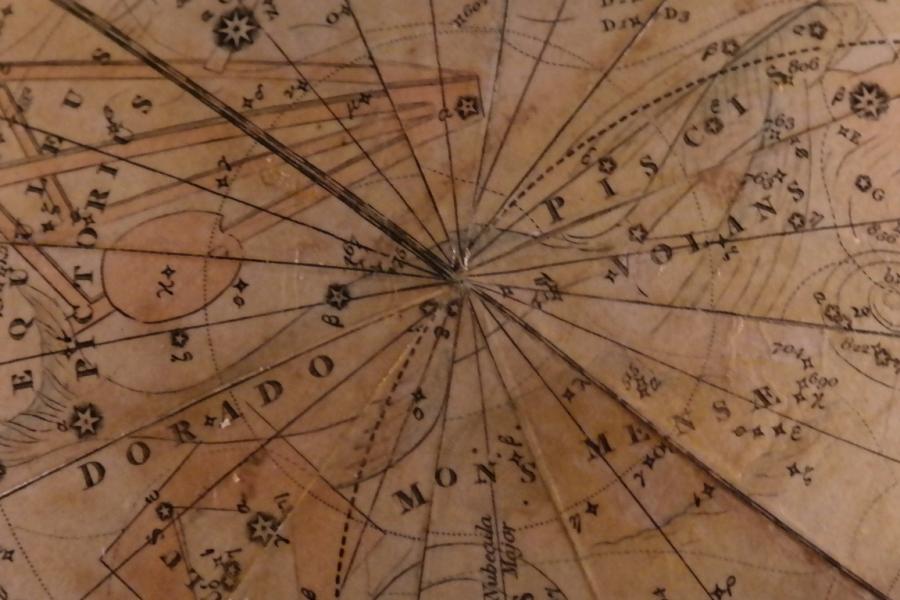 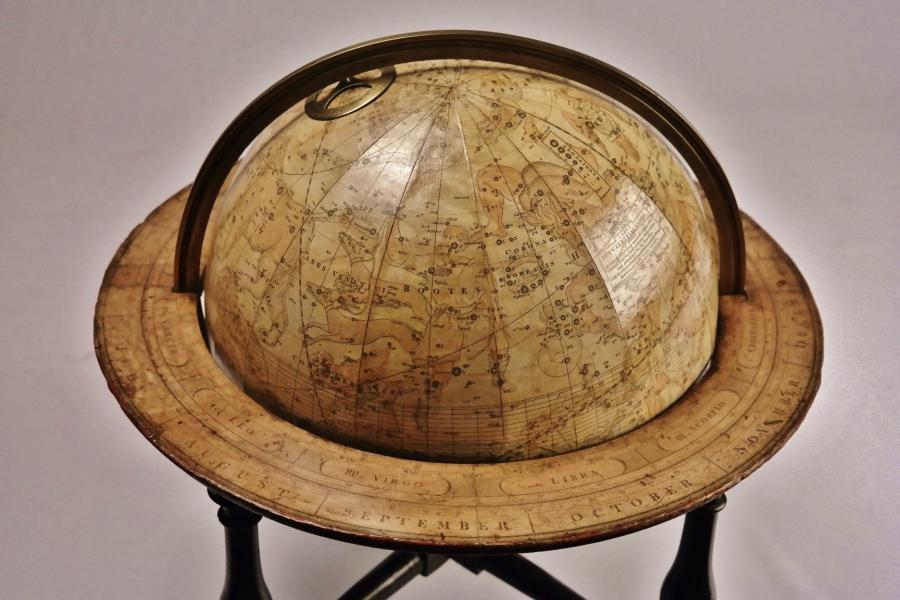 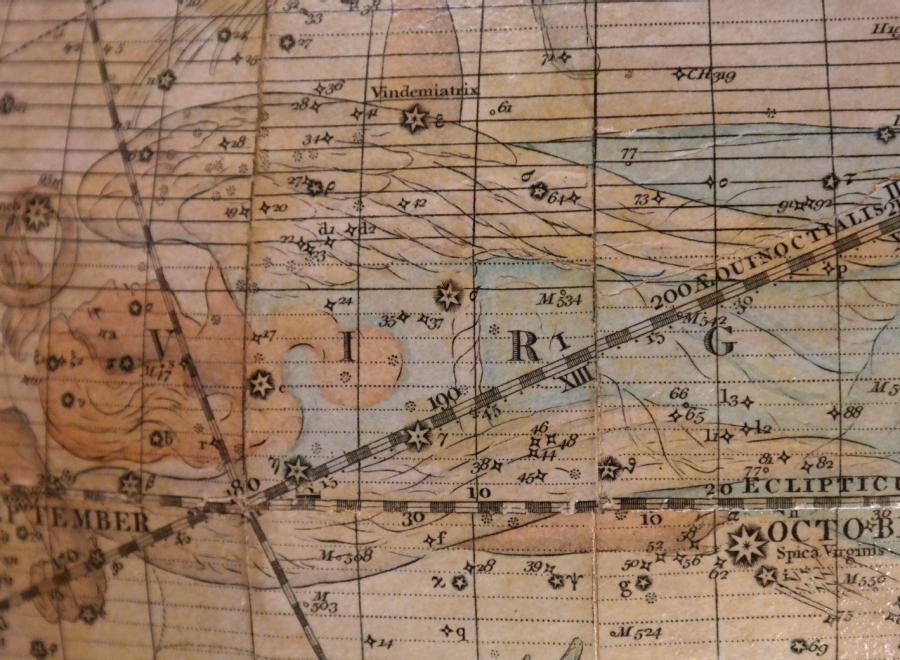 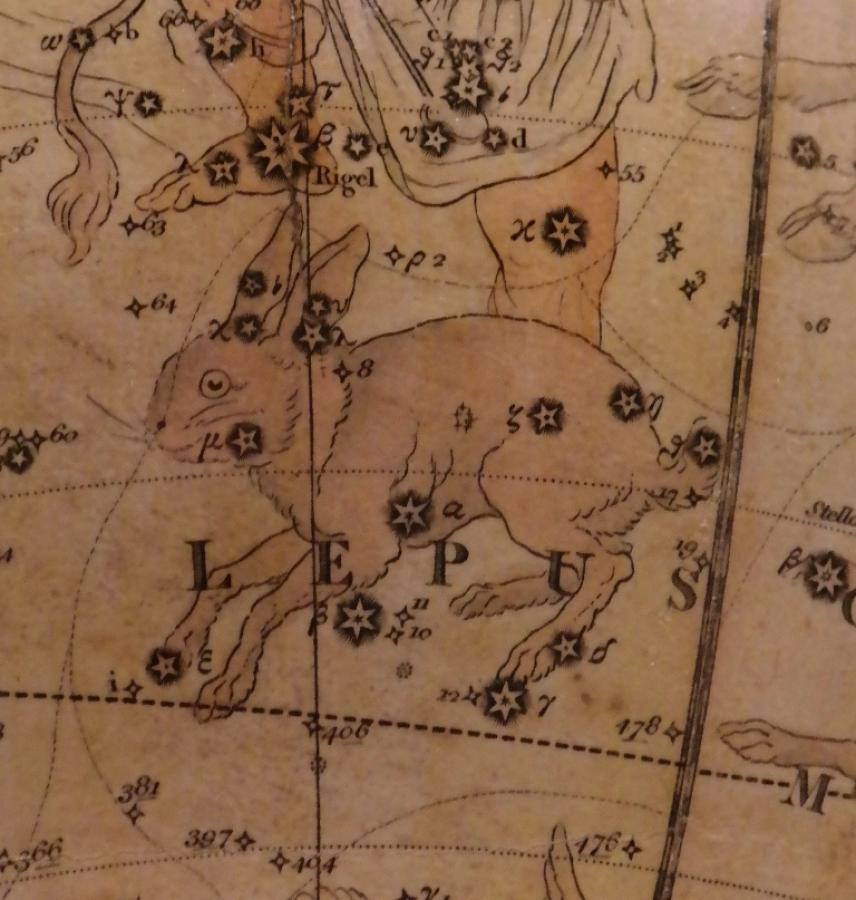 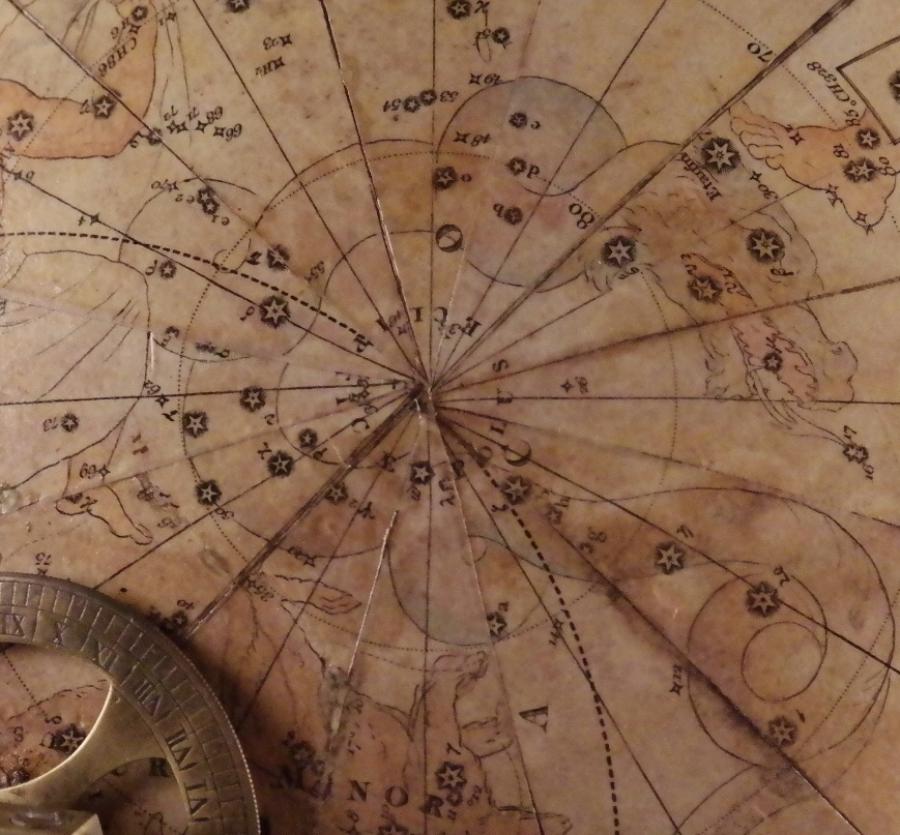 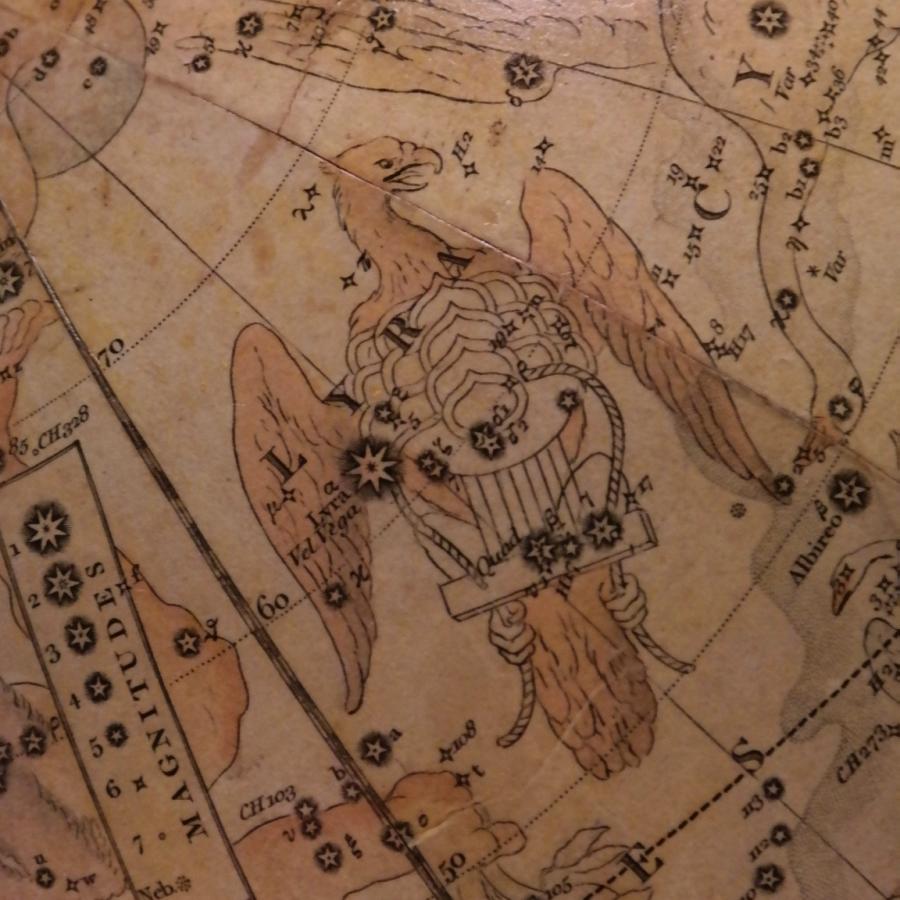 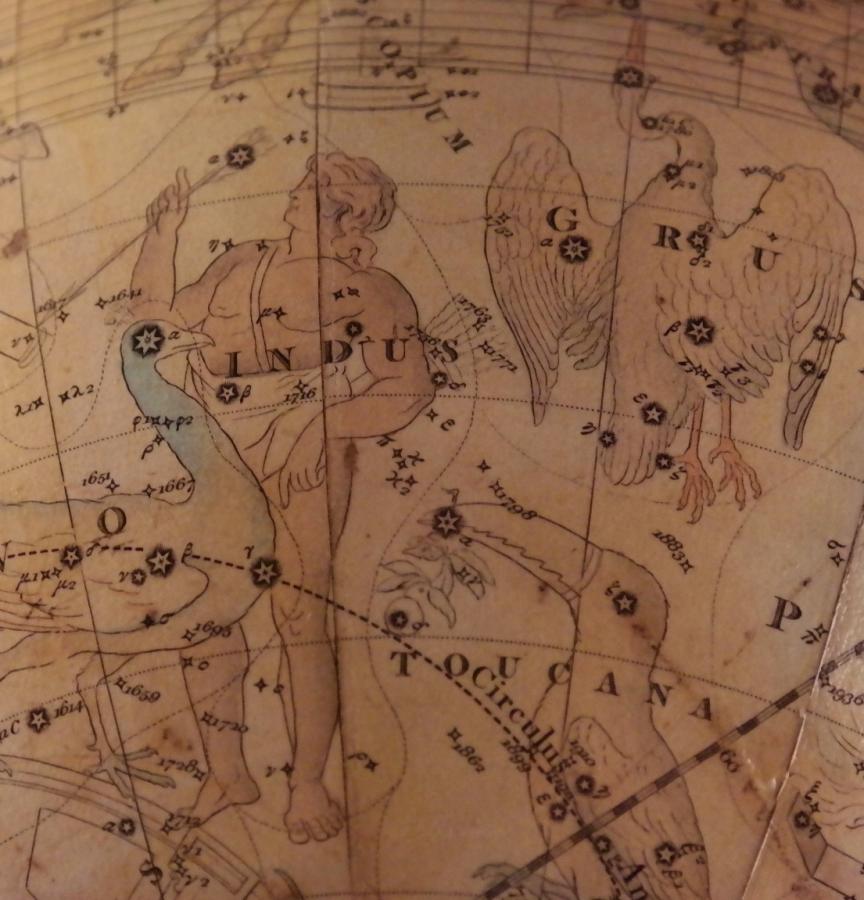 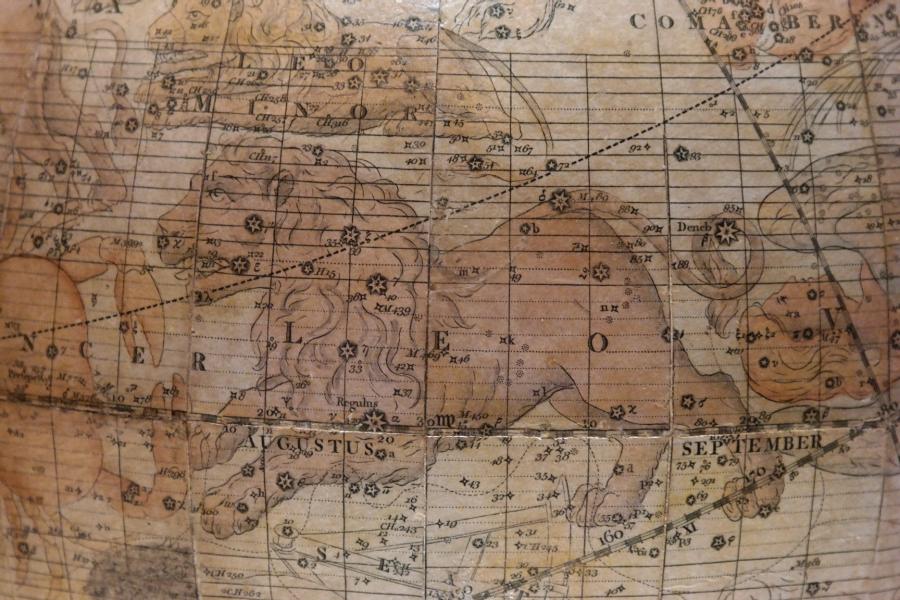 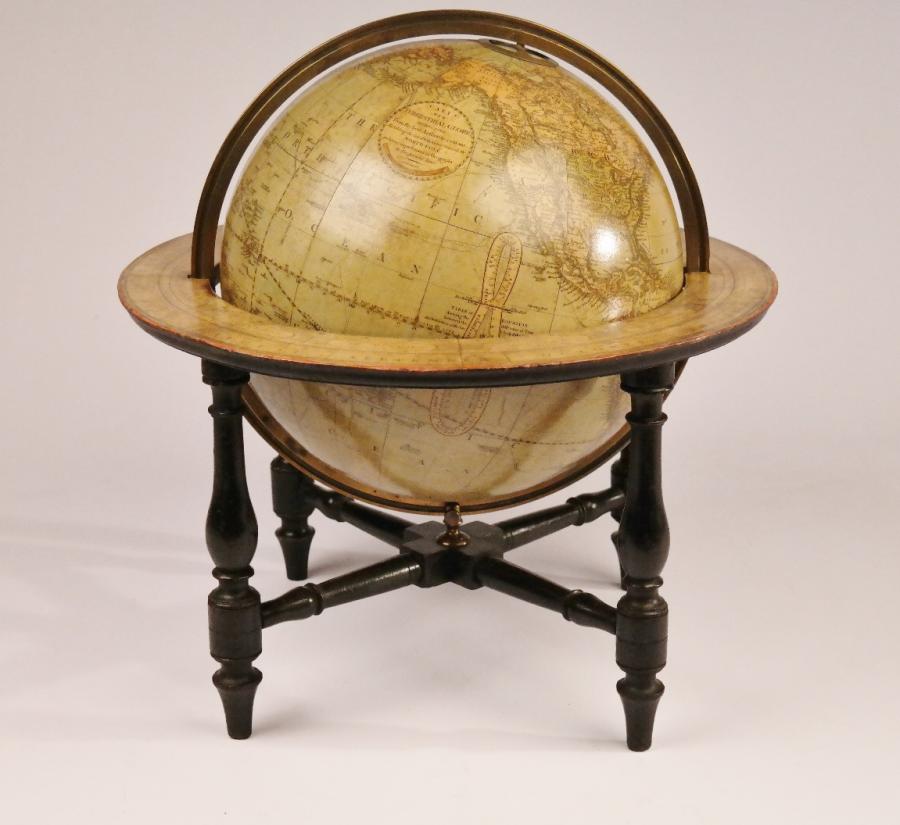 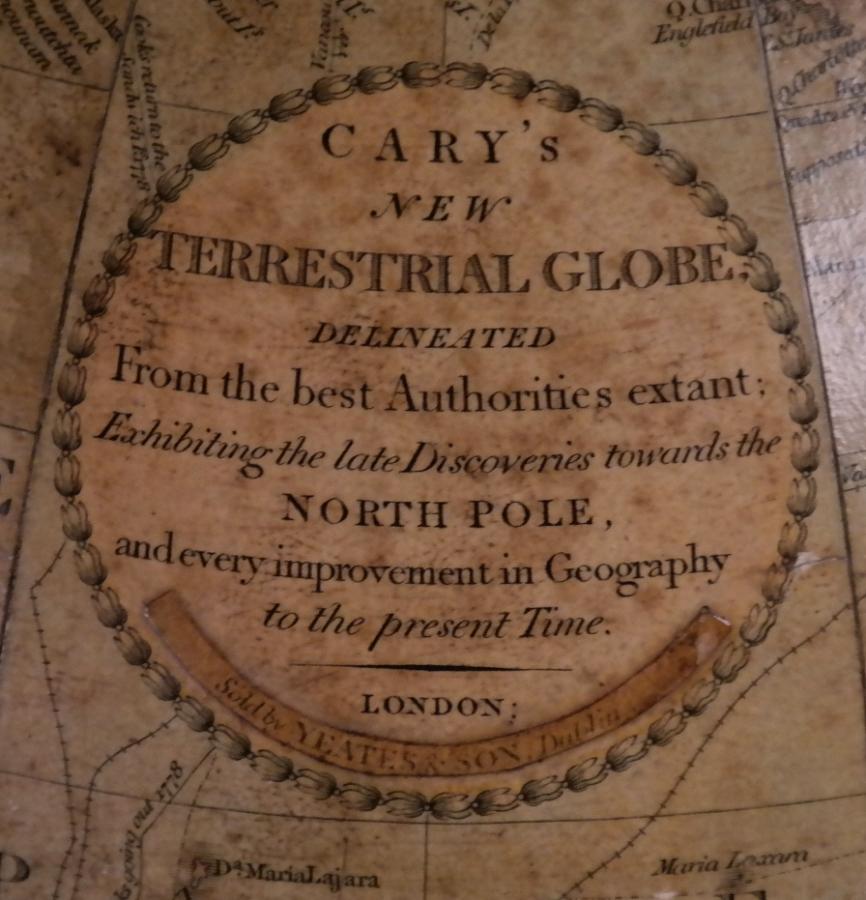 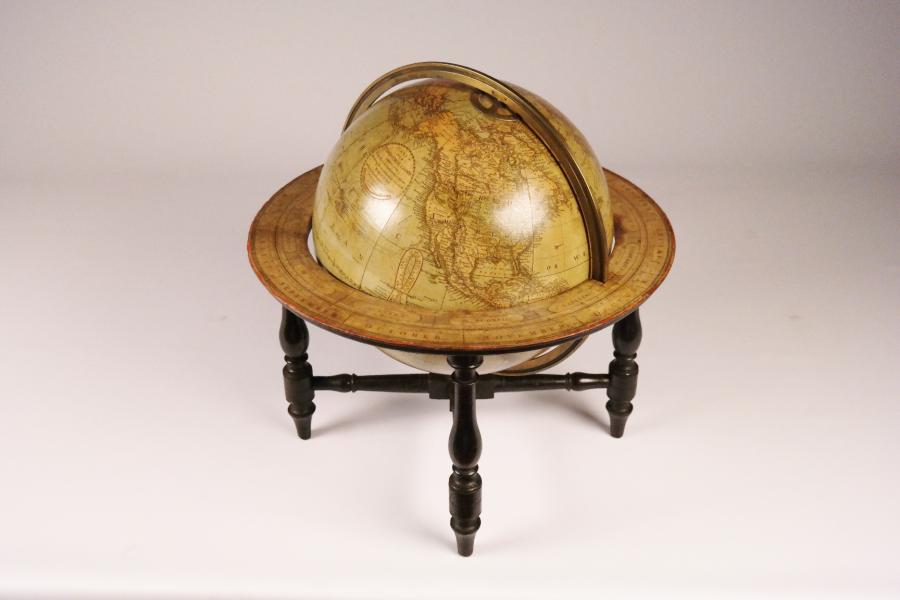 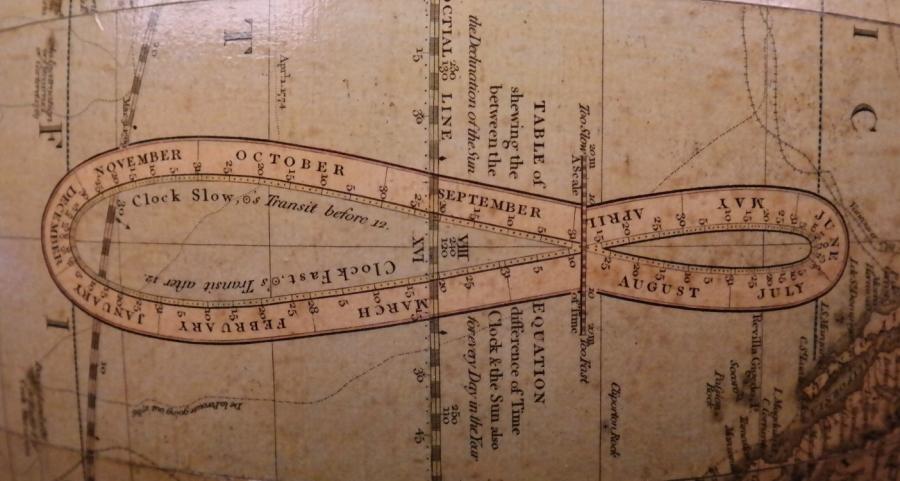 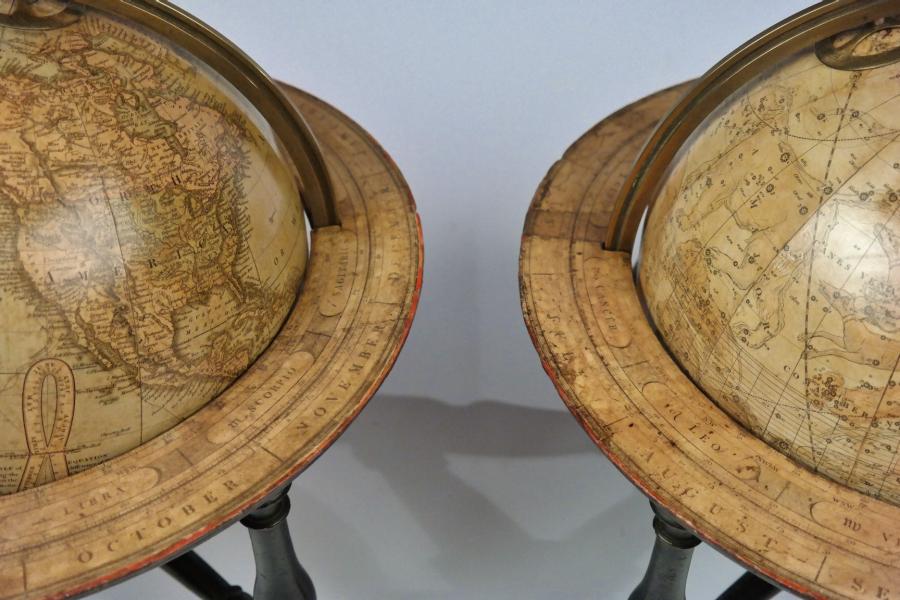 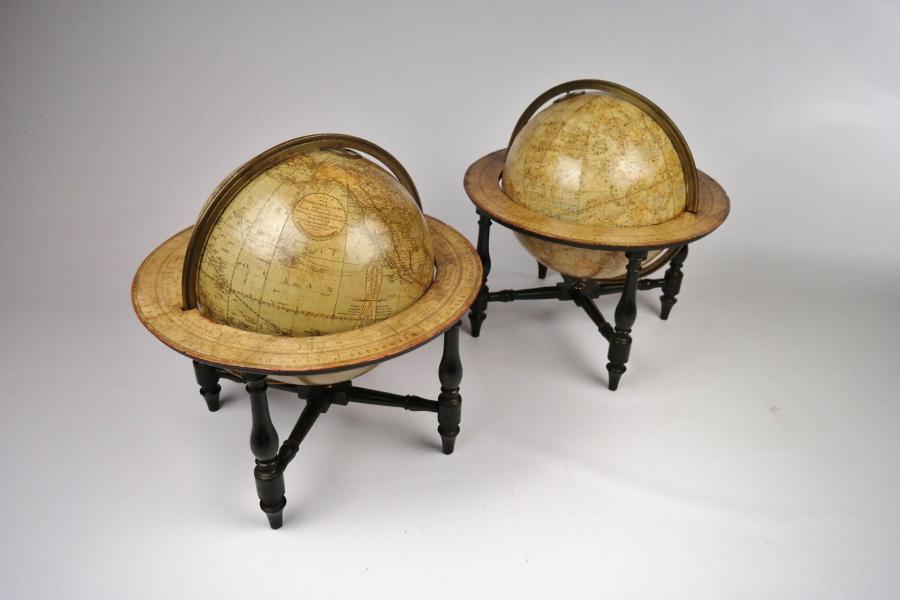 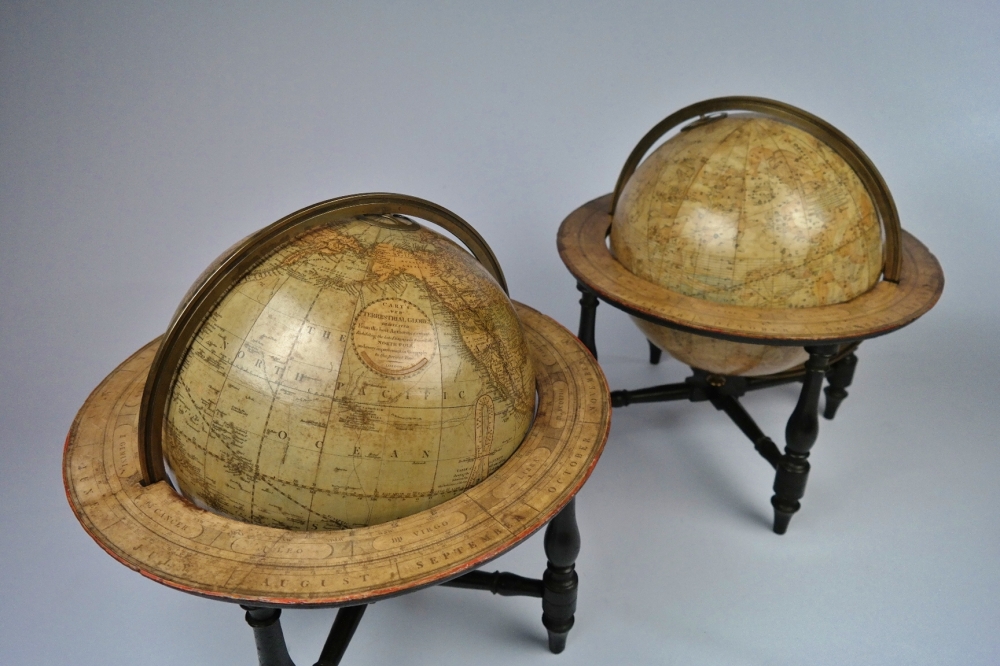