Very fine octant made of ebony and brass. With three mirrors, three colored horizon glass shades, double peepsight and ivory pencilholder. On the backside three brass legs, the adjusing-screws and an ivory slate for making notices.
This instrument is made around 1800, but is a modern instrument in a state of transition. Mention the old fashion way of adjusting the horizon mirror for back sight and the ‘modern’ way of adjusting the other horizon mirror.
Scale of ivory reads from minus 2 to 98 degrees, nice engraved by hand.
The upper peepsigth has two holes and a shutter, the lower one only one hole. The central hole is for direct observation of the sun, the other one, just outside the path of rays, could be used in stead of the sunshades to weaken the sunligth.
The lower horizon mirror and peepsight were used for backward observation. As the horizon just below the sun was invisible, in this way it was possible to use the opposite horizon. The instrument was used back to front. The observer had the sun in his back. The sunshades moved to the lower position.
Originally instrument and box don’t belong together. At some moment, octant and box are adjusted to each other. 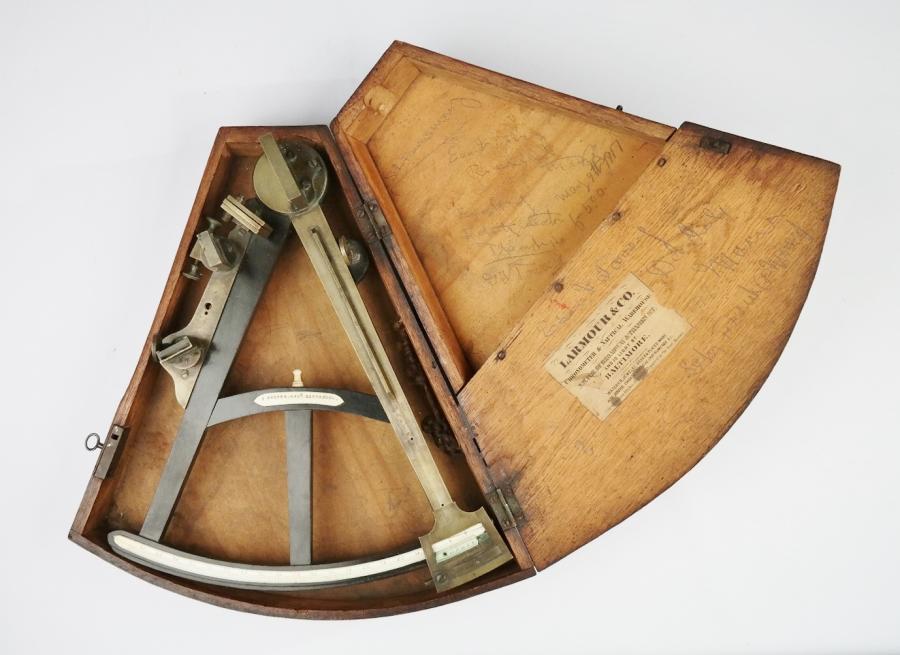 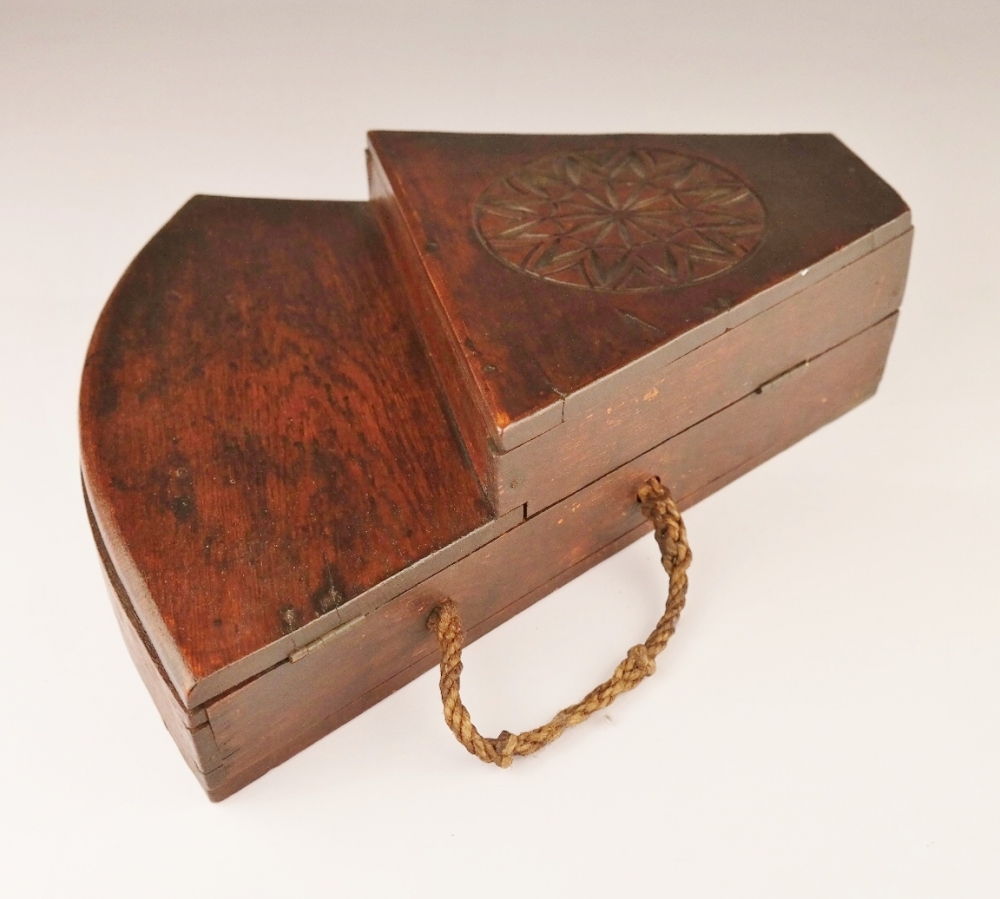 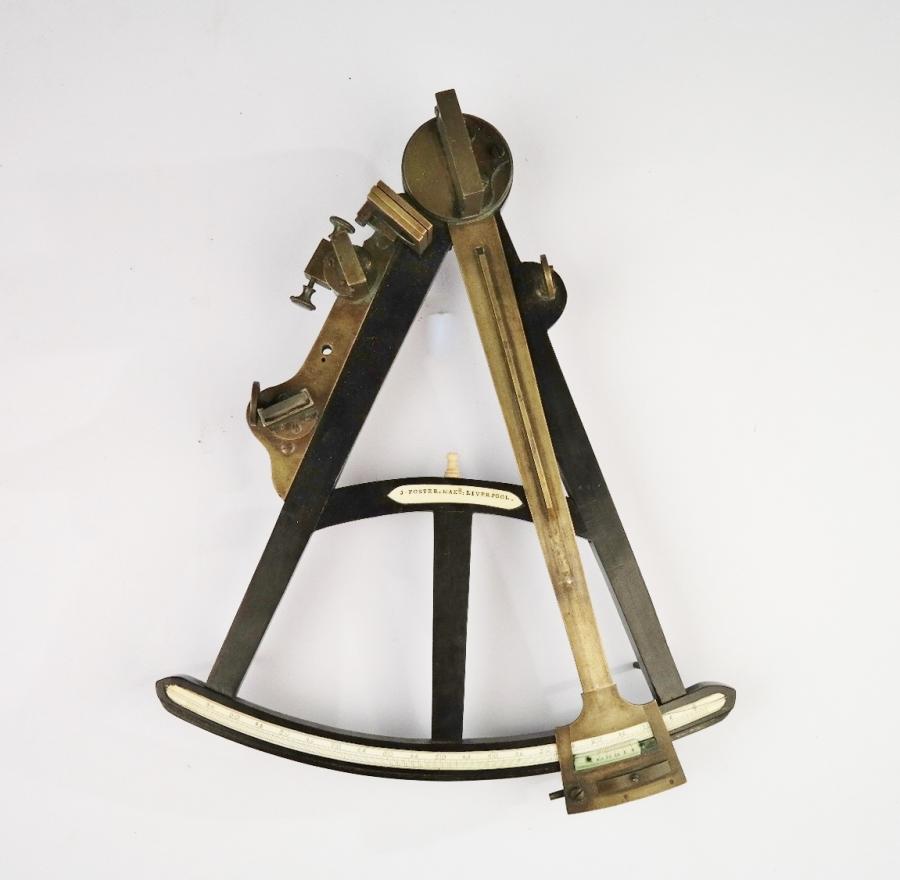 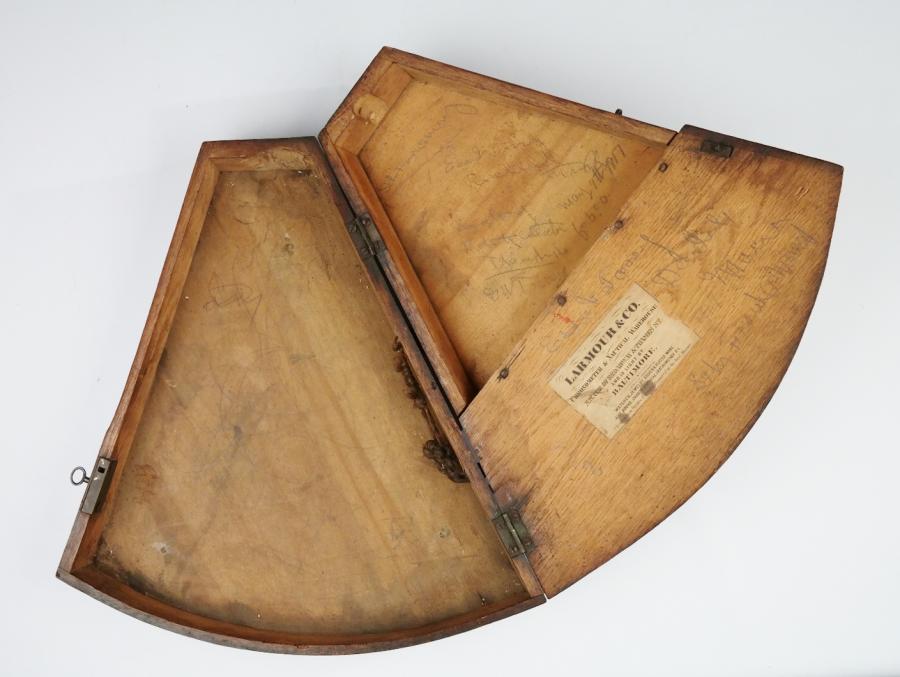 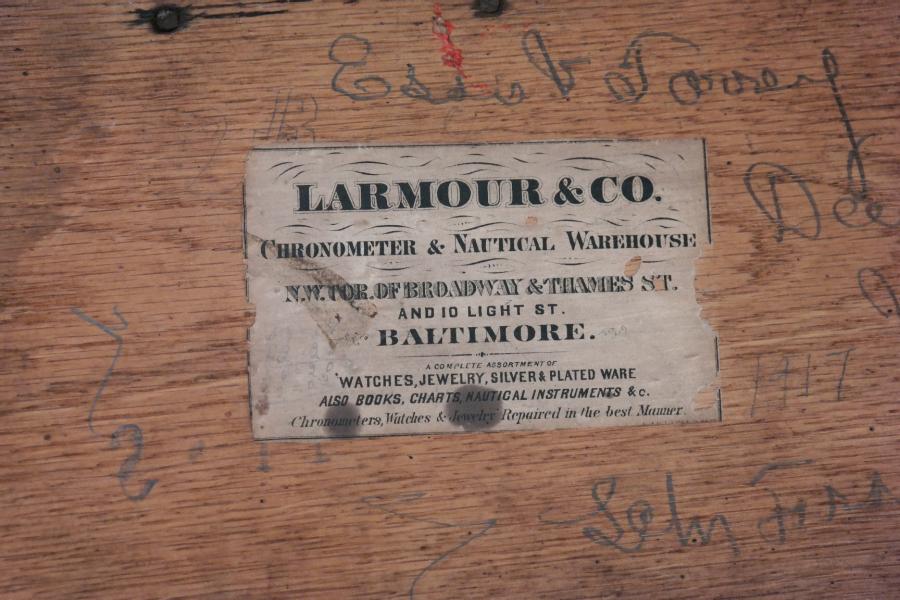 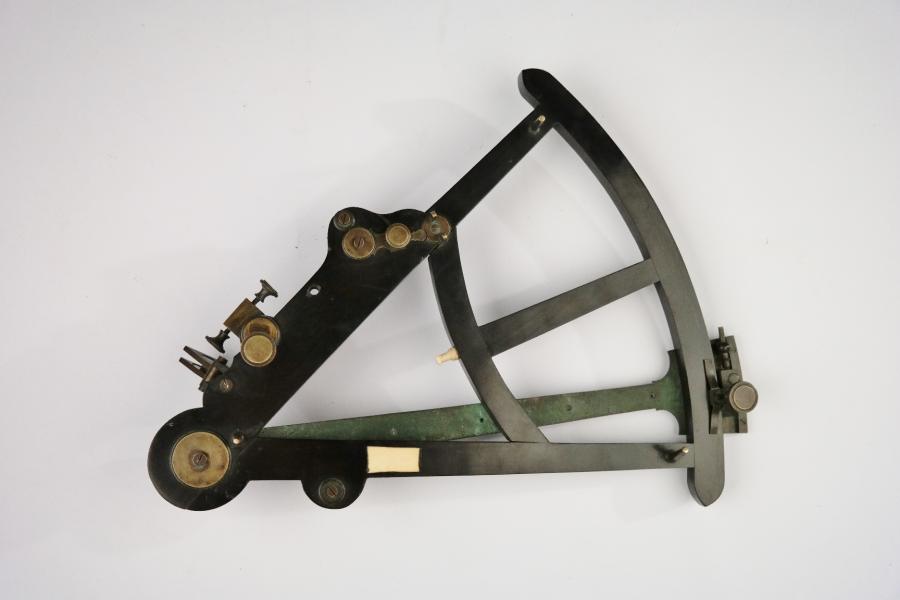 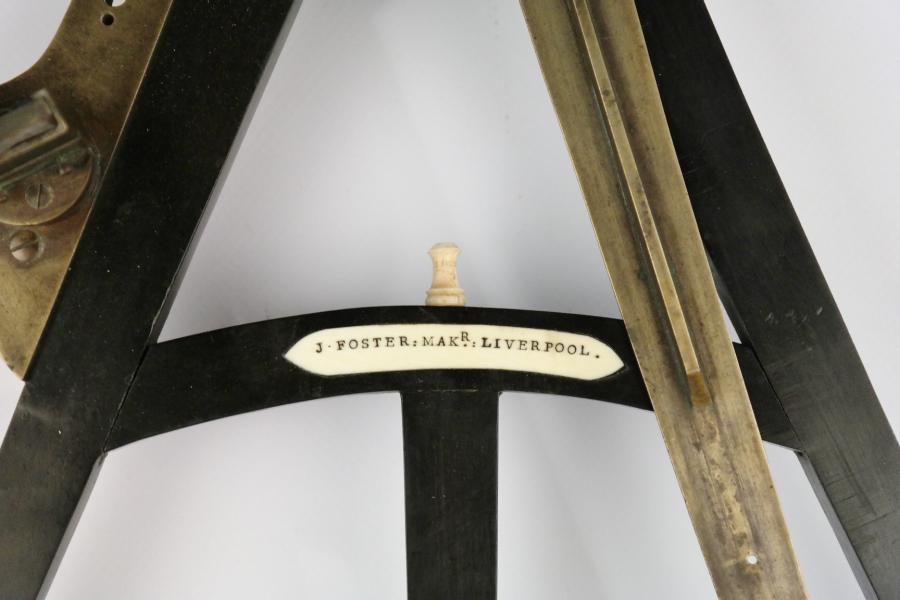 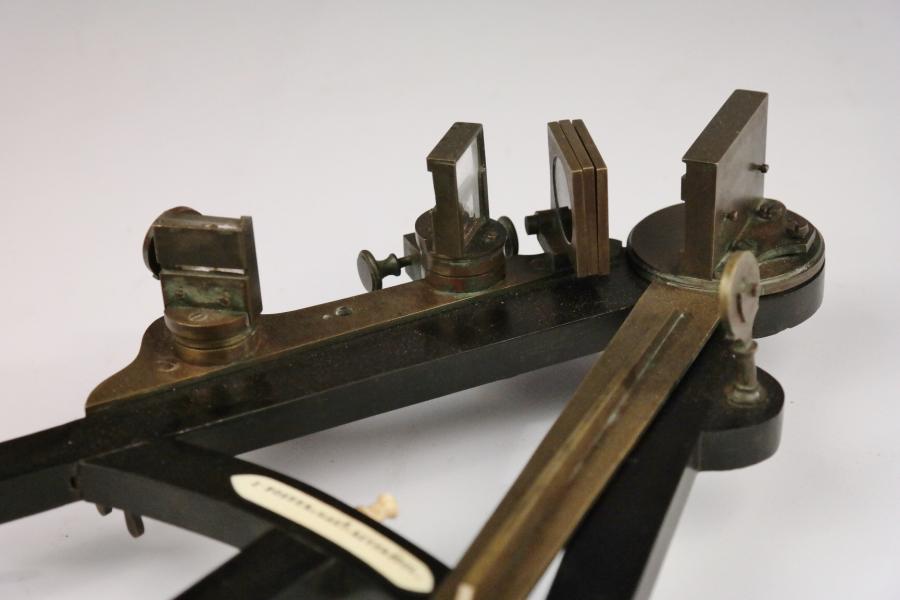 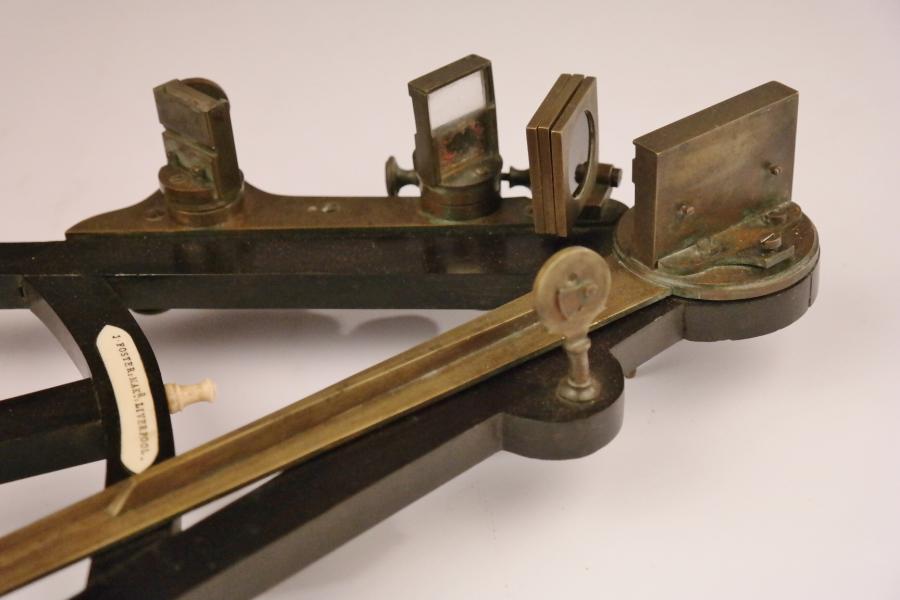 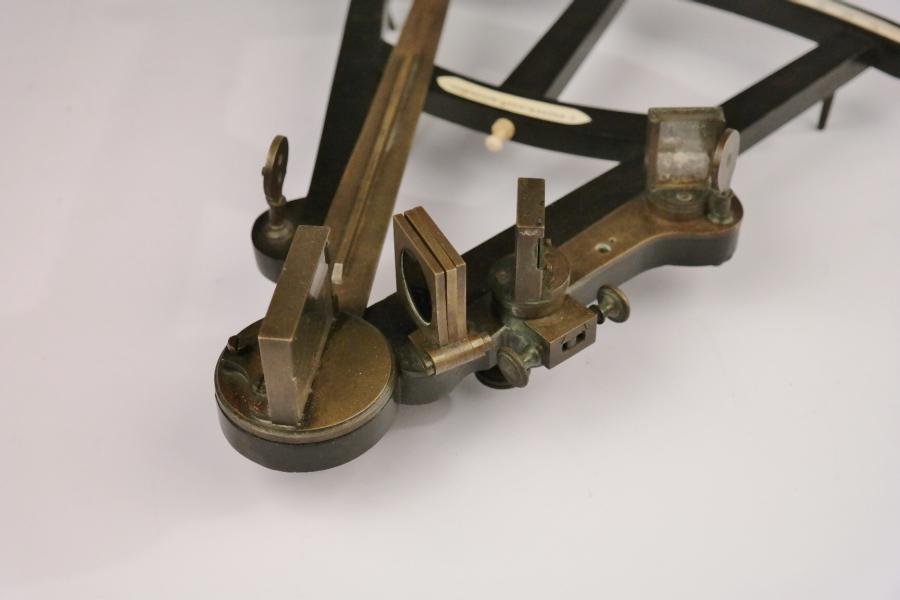 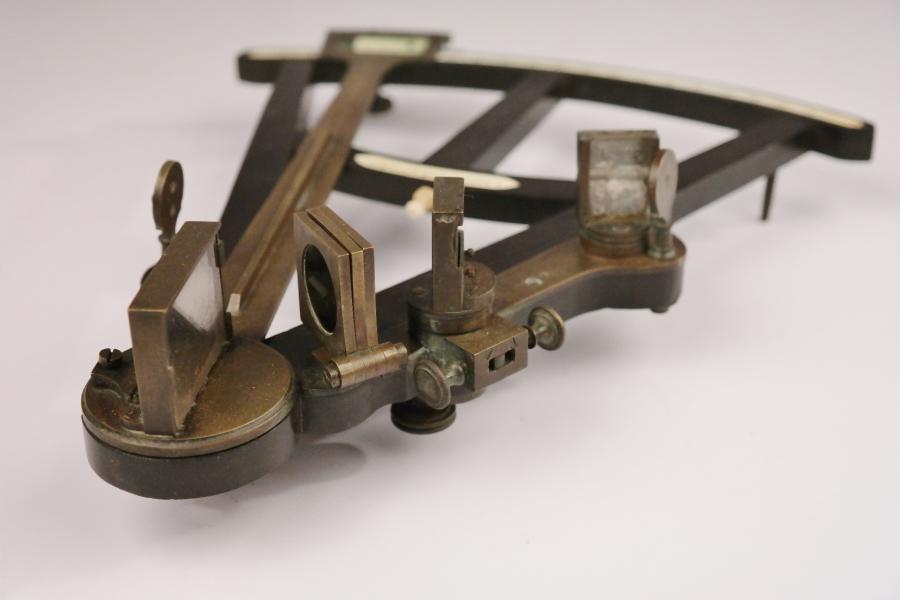 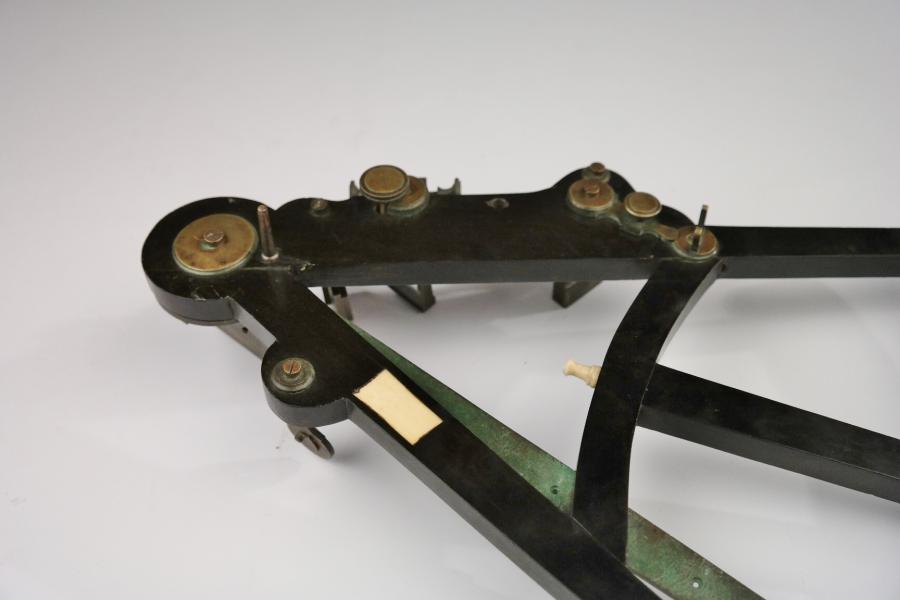 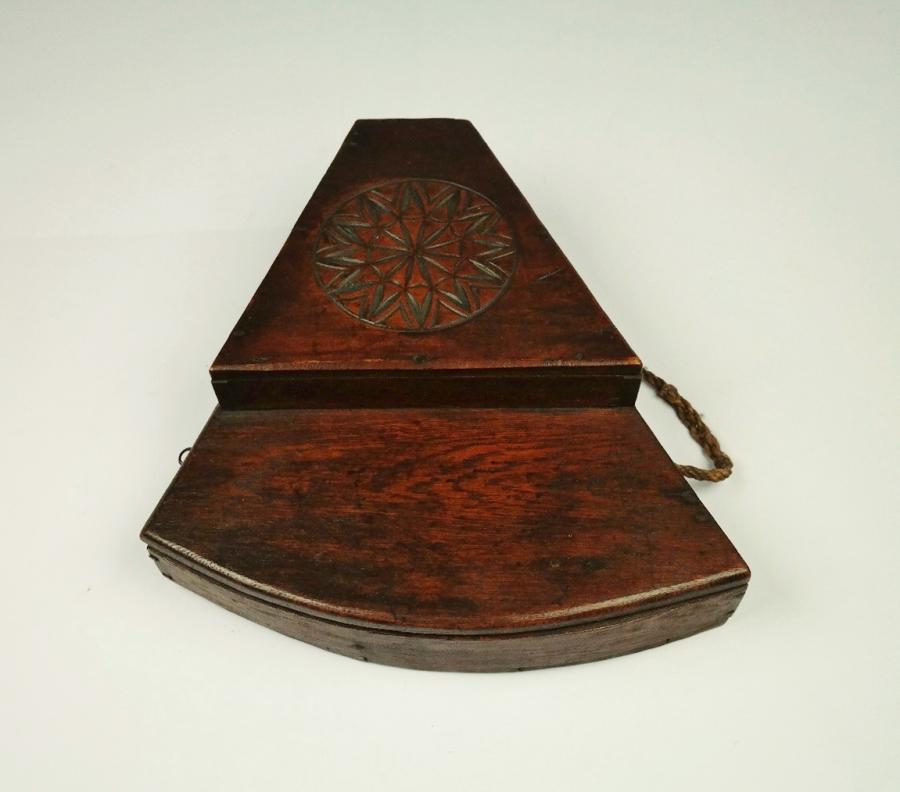 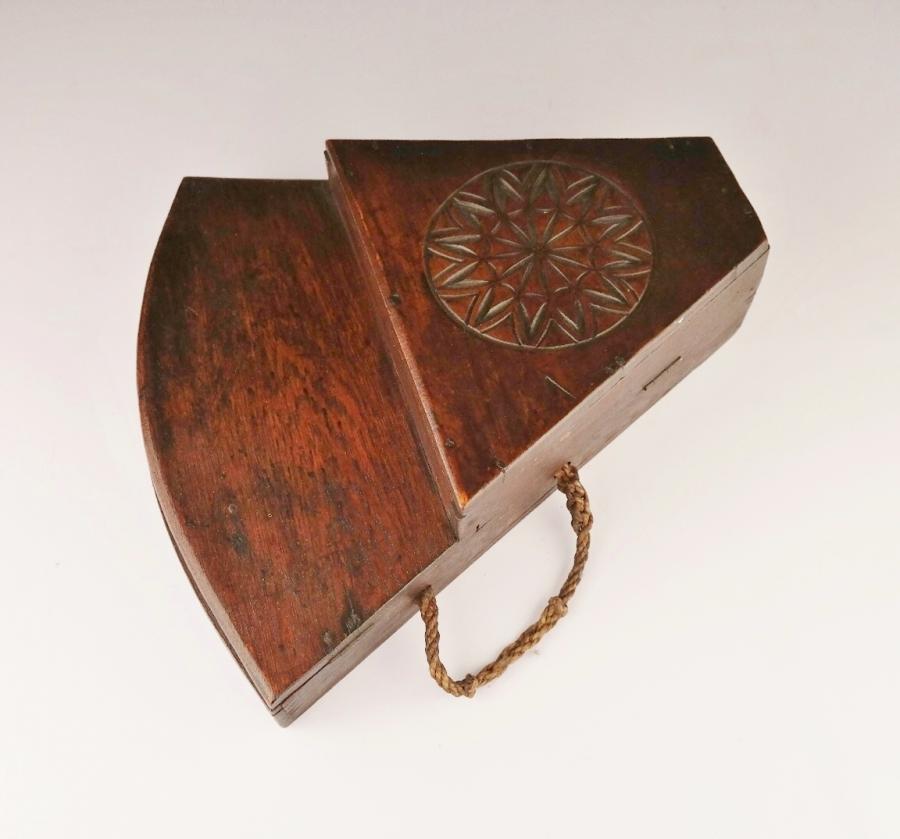 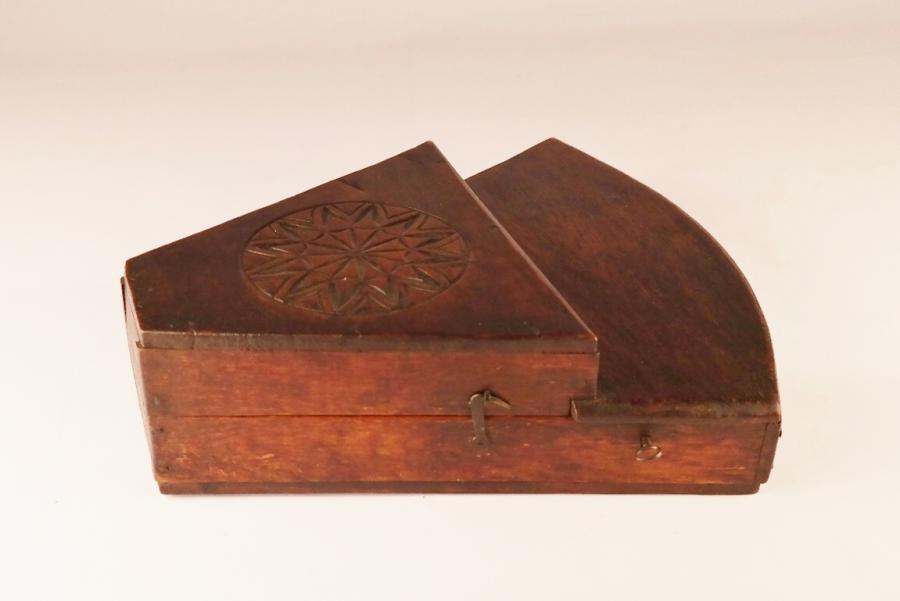