A ship-log records the distance travelled through the water. With the time in hours between the observations it gives the ship’s speed in knots. Logs like this one are fixed on the rail at the stern of a ship, the taffrail.

From the 17th century onwards people had made many attempts to devise a mechanical log which would automatically record the ships distance done. Edward Massey invented a mechanical log in 1802 with four blades which was used by the Admiralty from 1807-1815. If the rotator was dragged behind the ship, the log rotated in the water and the revolutions were transformed in miles on the dials, to be read after the rotator was brought on deck.

Later W.F. Reynolds developed a log in which the counter was attached to the taffrail. Walker’s refined this design and patented the Rocket in 1884. The production was ceased in 1919.

The recorder, made of brass with an enamel dial, would have been connected with a line to the rotor at the end of the line. On the log there are three dials, the first registers miles up to 100, the second registers the units up to 10 mile, the third registers quarters of a mile. The rotator has an unique fixture for the log line. In 1905 the price was L 4:16:0. 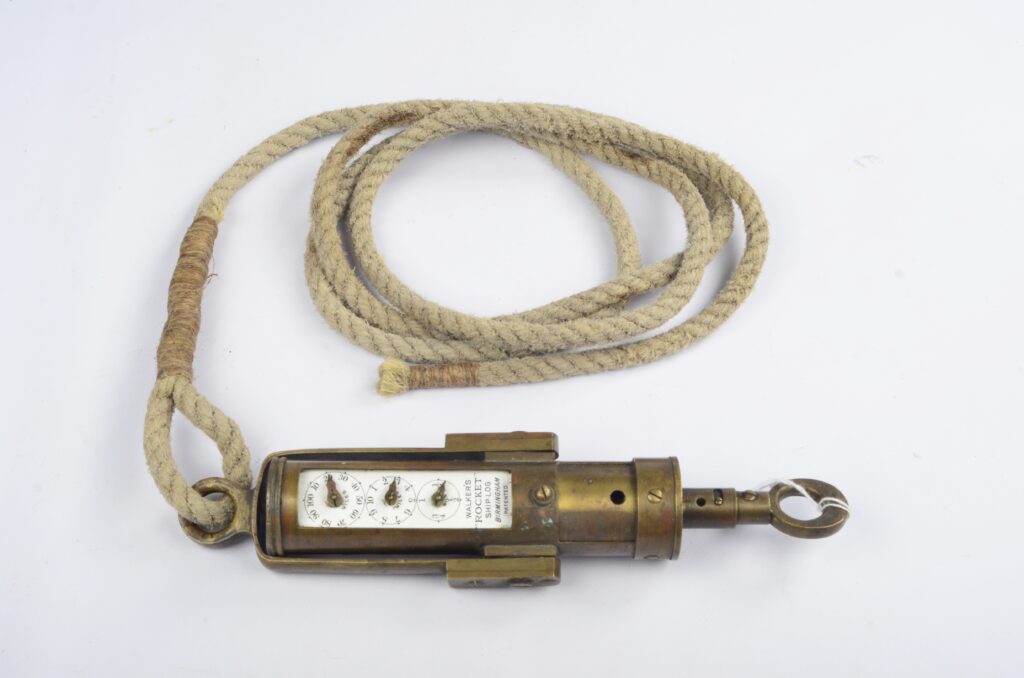 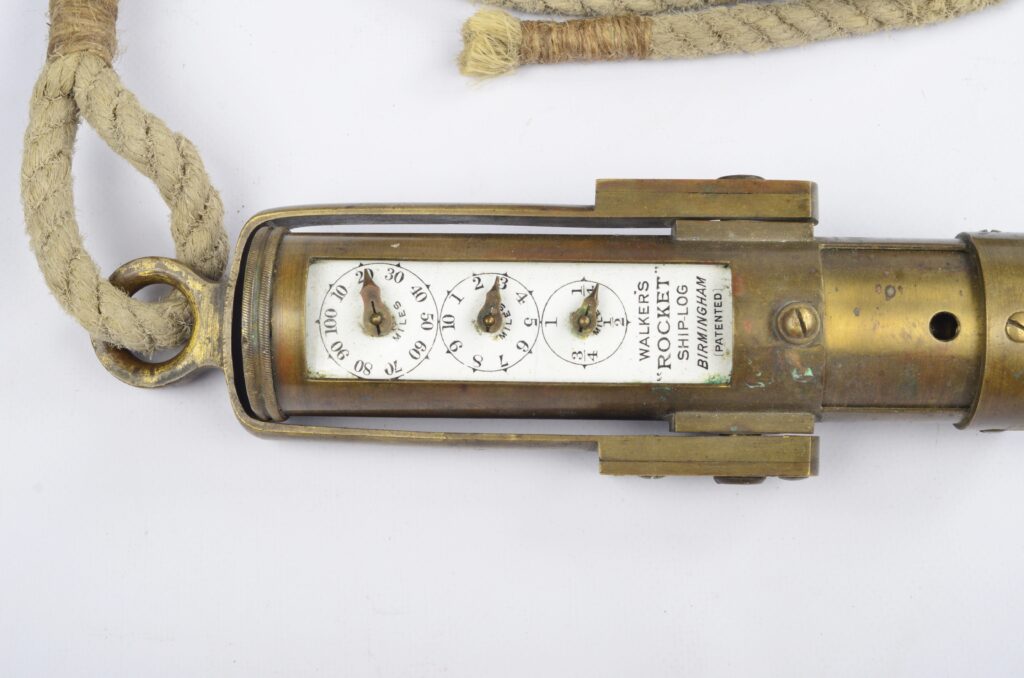 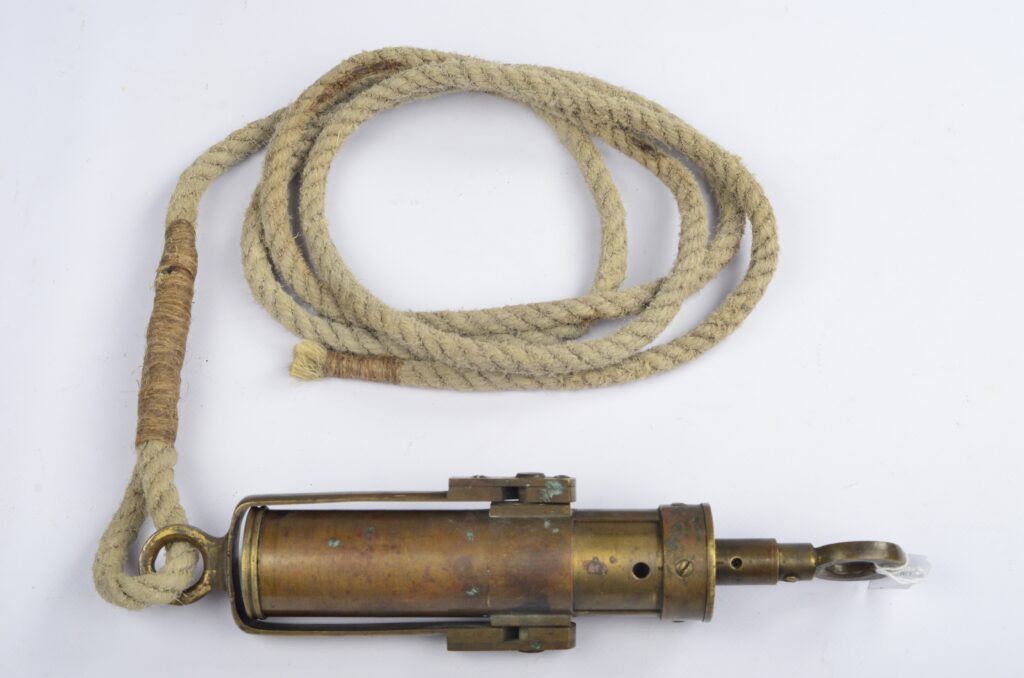 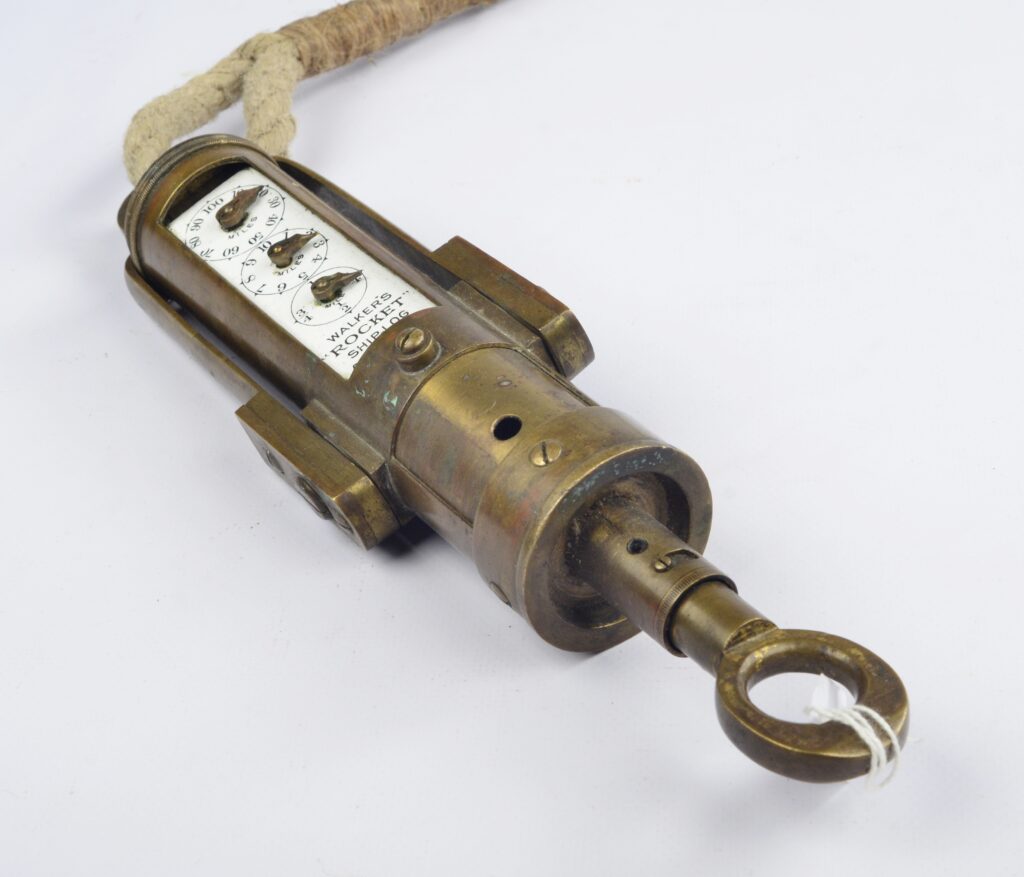